Have you ever thought about the true cost of waiting to buy over the past few years?

Add it up and it could well amount to half a million dollars.

I have two good friends who chose two different paths and have ended up in vastly different situations.

They both did extremely well at school and university and both obtained high paying jobs as soon as they graduated.

They rented together for about a year in Sydney’s eastern suburbs before Friend A took the plunge to buy a very rundown and old terrace in Bondi for around $550,000 at the time – probably about five years ago.

Back then, it seemed like a huge amount of money to pay for a terrace and it was.

But Friend A rented out another bedroom and also turned a dining room into a room. 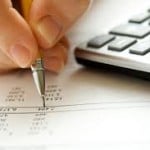 She struggled a lot to make it work but it paid off – the property was sold a few years later for about $850,000, post-GFC, during the flat market.

Using the funds, Friend A bought a semi with an amazing outlook in Neutral Bay.

She still tells me that to this day, she never would have been able to afford the semi without buying and selling the Bondi terrace first.

It gave her a huge deposit and allowed her to upgrade.

On the other hand…

Friend B told Friend A that she was crazy to buy a property after just finishing uni and should “just have fun” and enjoy being in her 20s. 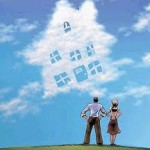 She ended up renting one of the bedrooms in the Bondi terrace and despite earning a very attractive salary, Friend B is still renting.

She recently complained that she’ll be “homeless forever” now that Sydney is going off.

The strange part is, Friend B was earning far more than the average person from a very young age.

She could have actually been the first person to buy a property in our group of friends but instead she helped pay for Friend A’s mortgage and actually set Friend A up for life.

This scenario is common among so many groups of people.

No matter how good Friend A or Friend B’s wage is, the cost of waiting to buy in Sydney within just a space of five years would probably be around the $500,000 mark in the inner city area at least. 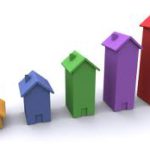 Today, the Bondi terrace would easily be worth $1.15 million, or half a million more than what my friend paid about five years ago.

Think about how hard it is to earn that much money.

And even harder to save it.

Real estate agents see it all the time. An agent told me just yesterday that some people live and breathe open homes but never actually buy anything.

Can you believe this –

He has seen some people inspect properties in the same area for seven or eight years and they’re still “getting ready to buy”.

He told me about one person who inspected a house in the Brisbane suburb of Corinda about eight years ago and never bought the property.

A few years later, after the Brisbane boom, the property sold for almost double the price.

The same woman had a look at the second inspection and discussed her interest, but once again didn’t put pen to paper.

Just this month, that same property has just been listed for the third time within eight years and you guessed it, she’s been through the property again.

She told the agent “this time I’m going to buy it”.

I asked the agent what the offer was and the difference in price she’d have to pay but he simply replied “oh, she won’t make an offer”.

Not buying the property almost 10 years ago has probably cost this lady hundreds of thousands of dollars.

Not buying the property the second time would have cost thousands of dollars.

And not buying the property the third time will end up costing her big time in another 10 years.

It’s daunting to buy a property and perhaps scary when you think about potential out of pocket expenses. 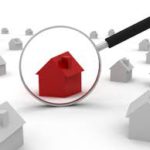 But you have to ask yourself – what’s it costing you to not buy right now and how much more will you have to earn to retire comfortably?

And even if I could save that amount, I would just spend it anyway.

It can even jump $100,000 in boom times, depending on where your property is located and what it is, of course.

As for Friend B, I know that she will probably rent for another five years. 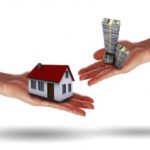 She won’t end up homeless, but she might end up renting for a very long time, while still earning a salary of more than $150,000.

Why she waits just simply doesn’t make sense to me and the missed opportunity makes me think that all those years of study and working big hours could have gone into an investment – any investment in fact – in the Sydney market instead.

Do you think it’s better to wait in some cases or is the wait simply costing you or someone you know more money?

'When it comes to Property – What is waiting costing you?' have 4 comments