The slowdown in growth conditions has been quite sharp and is potentially attributable to closed state borders along with a rise in advertised stock levels. 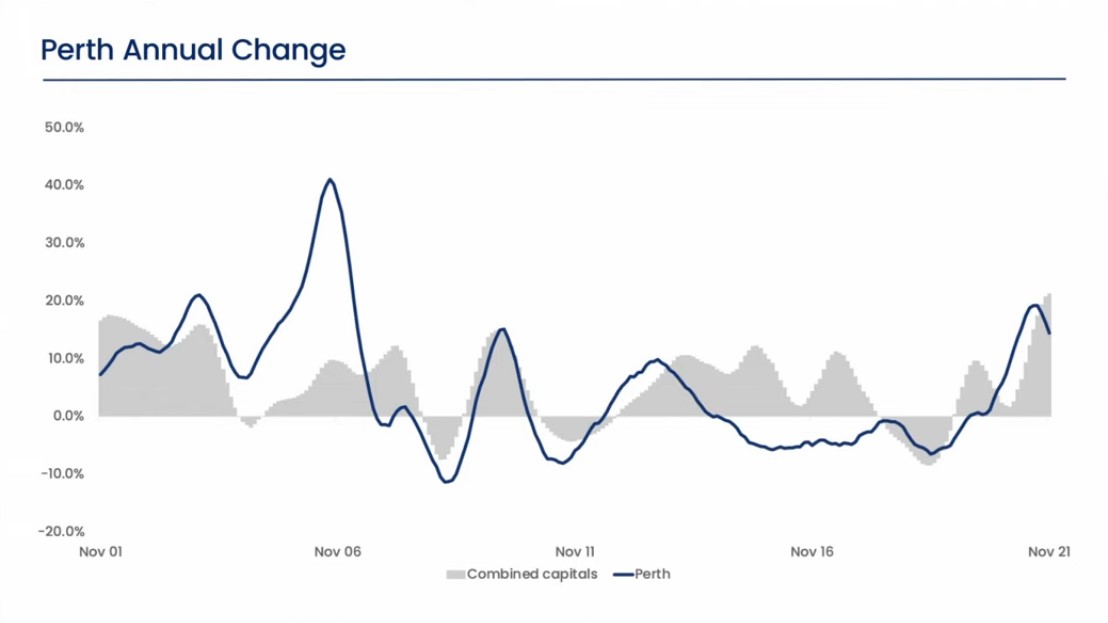 New listings added to the marketplace were 24% above the five year average at the end of November, leading to a subtle rise in the number of days it takes to sell a home, which has risen from a recent low of just 14 days in April to a still rapid rate of sale at 21 days in November.

Once state borders re-open we could see the growth trend rebound as demand from interstate migration resumes.