Figures released by SQM Research reveal national residential listings fell in April 2018 by 3.8% to 325,147 from March, while asking prices for property fell over the month. 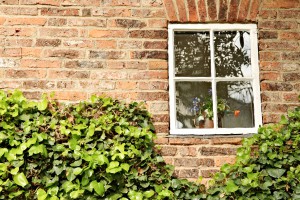 In Sydney, listing fell by 4.4% from March but are up 34.9% from a year earlier as some homeowners seek to take profits on their homes before any sustained drop in prices.

Melbourne listings fell by 3.7% though they are now up 6.4% from a year earlier, reversing a previous a shortage of properties for sale in that city.

Listings fell in Hobart by 8.4% in April and are still down sharply or 26.8% from a year earlier, with a shortage of properties for sale helping to force asking property prices higher over the year to 1 May 2018.

In Brisbane, stock on market fell 3.8% while in Perth listings dropped 2.6%.

Compared to a year ago, listings are higher in most cities.

The falls recorded this month are just seasonal and reflect the Easter holiday period.

Homeowners in Sydney are taking advantage of capital gains over recent times to list their properties for sale.

We have also seen more stock in Melbourne compared to a year ago as some homeowners there seek to take profits too. However, in Hobart, home buyers are facing higher prices given an ongoing shortage of properties for sale.

In light of recent developments to the housing market, SQM Research has put its 2018 capital city forecasts, which were published in October 2017 under its annual ‘Housing Boom and Bust Report’, under review.

Any revisions to those forecasts will be released to the market on 8 May 2018.

Over the year, house asking prices were down by 1.0% to $1.36 million as the property market cools in Sydney.

In Melbourne, asking price for houses were up 0.5% over the month and 18.8% over the year, entrenching gains over $1 million.

Hobart’s asking property prices are cooling too, with house prices down by 1.7% over the month to 1 May and they are up just 5.3% over the year, down from 20%-plus gains a year through 2017.