Down, up or sideways?

Well..Glenn Stevens, the governor of the Reserve Bank of Australia forecast that global interest rates will remain low for the better part of the next decade.

Clearly there is a likelihood that the Federal Reserve will raise the fed funds rate next month or, if not then, pretty soon.

But it seems likely that the pace of increase will be very gradual.

The ECB and the Bank of Japan are a long way from even thinking about higher interest rates; the ECB is openly contemplating further easing.

So the average policy rate in major money centres may be very low for quite a while.

In a low interest rate world, the problems of providing retirement incomes will become ever more prominent.

The very low level of yields on fixed income assets means that it is very expensive today to purchase a secure stream of future income, which is what someone who is retiring is usually seeking.

And there are more of such people, living longer.

What  might be some of the ‘big forces’ at work over the next decade?

Right now the big forces include, for Australia, the closing chapters of a very large and long-running terms of trade event, with all that means in terms of economic adjustment,

This coincides with a household sector no longer being in a position to play a major role in leading growth by significantly increasing its leverage, because it had already done that in the past.

‘Digital disruption’ will continue. Some of this will be faddish and no great aid to productivity.

But other elements will mean fundamental changes to business models.

It is not very controversial to suggest that China will grow more slowly on average than in the past decade, but it will still be a big deal given its overall size and the extent of transition required in its growth strategy.

China’s financial weight will be increasingly apparent in markets.

The growth transition towards services will have implications not just for the value of resource shipments from Australia, but for the Asian regional manufacturing chain.

But China’s demographics are not favourable.

To be sure, the continuing process of urbanisation means that the labour available for manufacturing or services production may grow for a while.

But, overall, China’s total working-age population will be shrinking over the years ahead.

Contrast this with India, another large country, but with vastly different demographics.

India’s population of working age will exceed China’s within a decade and continue to grow.

So India should become much more prominent in our conversation about the global economy and our own. Are we intellectually prepared for that?

The business cycle will continue

Mr Stevens said  there will be economic downturns from time to time.

However, he warned that if one of those turns out to be a big one, it will be very new experience for quite a lot of Australians.

Close to half the workforce has never seen really high, nationwide unemployment,

A lot of people in business have, I suspect, not seen how tough conditions can become when virtually every industry and region is contracting.

That they have not seen this is a good thing – in the sense that it results from the fact that we have not a really serious downturn for a long time now.

But if one comes, it will be a shock.

Read the full text of the speech here. 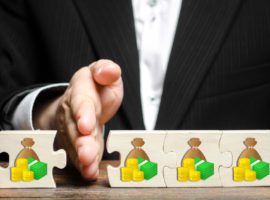 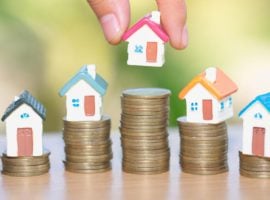 'Interest rates to remain ‘very low’ for years: RBA' have no comments