Are you a people pleaser?

If so, here are seven reasons why you’re likely to fail.

There’s an old saying that you can’t keep everyone happy.

Now that makes sense, doesn’t it?

Attempting to please everyone will only end in tears.

But so many people try it.

There are a fair few bosses out there trying to be best friends with all of their staff.

They’re more concerned with being liked than being respected, which, of course, makes people like them less.

Then there are employees bending over backwards to please everyone: their boss, their family, their co-workers.

They live in fear of rocking the boat.

People pleasing is not just a debilitating psychological pattern, it’s also a recipe for failure.

1. You try to be someone else

When you’re concerned about what others think of you, you are constantly projecting a false image.

This may change from person to person: you could be one person in front of your boss, and another at home.

The point is that that you’re not being authentically yourself so how can you possibly hope to lead and inspire others?

2. You avoid getting angry

I agree that anger is a pretty pointless emotion if you dwell on it.

But if you don’t allow yourself a moment to feel angry  — ever — telling yourself it’s ‘wrong’ or ‘bad’ then you’ll end up either miserable or exploding in a giant rage.

A bit of healthy anger occasionally can be the wake-up call out of a bad situation and into a better one. 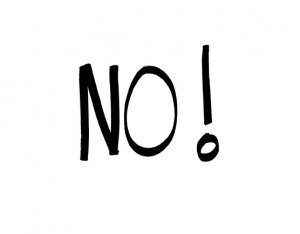 It’s impossible to do everything everyone wants you to do all of the time, and a big part of being a high-functioning adult is learning how to say ‘no’.

If you don’t, you will end up exhausted, resentful and unproductive.

The exact opposite state of mind, in other words, that’s required for success.

4. You don’t take the initiative

People pleasers are notorious for hanging back and waiting to see what other people do.

They’re generally afraid of making the first move or striking out on their own because they fear being wrong and upsetting others.

The idea of doing something entrepreneurial may fill you with a certain kind of dread, but fortune favours the brave.

There are times when no matter how hard you try or how competent you are, you are going to “stuff up.” 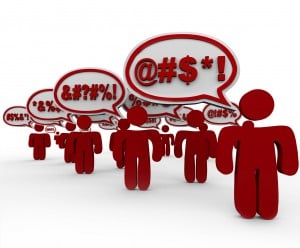 After all  – that’s just being human.

Those with self-confidence know this and they will bring the problem to the forefront as soon as possible.

That way it can be dealt with straight away and everyone can move on.

People pleasers, on the other hand, won’t speak up when something is wrong.

So what happens to the problem?

6. You don’t know what you want

When you spend vast reserves of emotional energy pleasing others, tuned into others and worried about what others think, it gives you very little space to work out what you think.

This makes it even harder to develop the kind of inner compass that every successful person needs to guide them through life, especially when the waters get rocky.

7. You want someone else to be in charge of your life 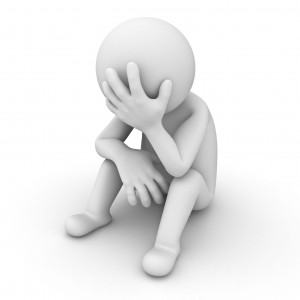 People pleasers often struggle to stand their ground and they look to stronger, more confident individuals to guide them.

Now, there is nothing wrong with having a mentor in life, in fact, it’s extremely important in all aspects of business.

However, you should never look to another person to fix your life, or make the tough decisions for you.

It’s important you stand on your own two feet, rather than wait for someone else to come along and make your life amazing.

Only you can do this.

If you found yourself identifying with many of these statements, then don’t despair.

It doesn’t mean every aspect of you is a people pleaser, it may be just some parts of you, in some situations.

Furthermore, half the battle in overcoming people pleasing is recognizing it. Once you see it as a pattern that is holding you back, you can change it.