Nearly three-quarters (74%) of businesses have been unaffected by the bushfires according to a special Roy Morgan Snap SMS Survey of 1,308 Australian businesses this week. 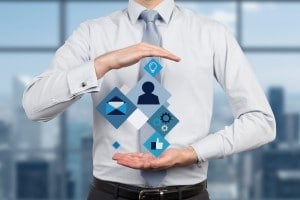 Businesses in Queensland and NSW have been the hardest hit with 12% of Queensland businesses and 11% of NSW businesses affected ‘A great deal’ by the bushfires – far higher than any other States.

Business people around Australia were asked: “Has your business been affected by the bushfires in any way? Either ‘A great deal’, ‘Somewhat’, ‘A little’ or ‘Not at all’.

Those business people that answered in the affirmative were then asked: “In what way has your business been affected by the bushfires?”

For the 7% that say the business has been affected ‘A great deal’ by the bushfires common impacts cited include ‘Cancelled bookings and events’, ‘Lack of access to the business or properties because of the fires’, ‘Staff not available for work because of diversion to fighting fires’, ‘Air quality’ and ‘Smoke haze’, ‘Lack of tourists’ and some have been ‘Burned out entirely’. 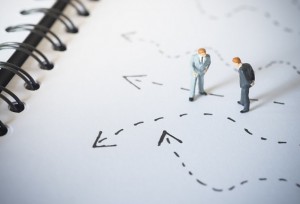 The 10% who say their business has been ‘Somewhat’ affected by the bushfires mention ‘Loss of income’, ‘Employees sick from smoke’, ‘Employees called away for reserve duty/fighting fires’, ‘Employees unable to get to work’, ‘Customers depressed and sad’ and ‘Cancellation of jobs’.

The remaining 9% who say their business has been affected ‘A little’ by the bushfires mainly refer to the ‘Smoke contamination’, and ‘Air quality’, ‘Staff taking time off to volunteer’, and a drop off in customers as there are ‘Less tourists’, ‘Less orders’, and ‘Less money available for people to spend.’

Australia is open for Business

Roy Morgan Chief Executive Officer Michele Levine pointed out that although the bushfires have generated a high level of media interest Australia is ‘Open for business’:

“An important factor to appreciate when analysing the impact of the bushfires is to differentiate between short-term impacts created by staff missing work to fight the fires and potential longer-term impacts such as a sustained drop in tourism to directly affected areas and even Australia as a whole.

“It is vitally important that the Federal and State Governments step up and continue to inject funding into bushfire affected communities and that the Australian community at large responds to the devastation by returning to holiday spots that have lost a huge amount of business over the Summer.

“Well-known Australian identities, including community leaders and prominent artists, have their part to play in getting the word out that Australia is ‘Open for Business’. Tourism is Australia’s fifth largest export earner valued at over $20 billion annually and it’s imperative that locals, as well as potential tourists from overseas, are made aware that there are many Australians eager to welcome tourists from far and wide to Australian shores – and there’s plenty to do and see!”

Businesses affected by the bushfires around Australia by State: