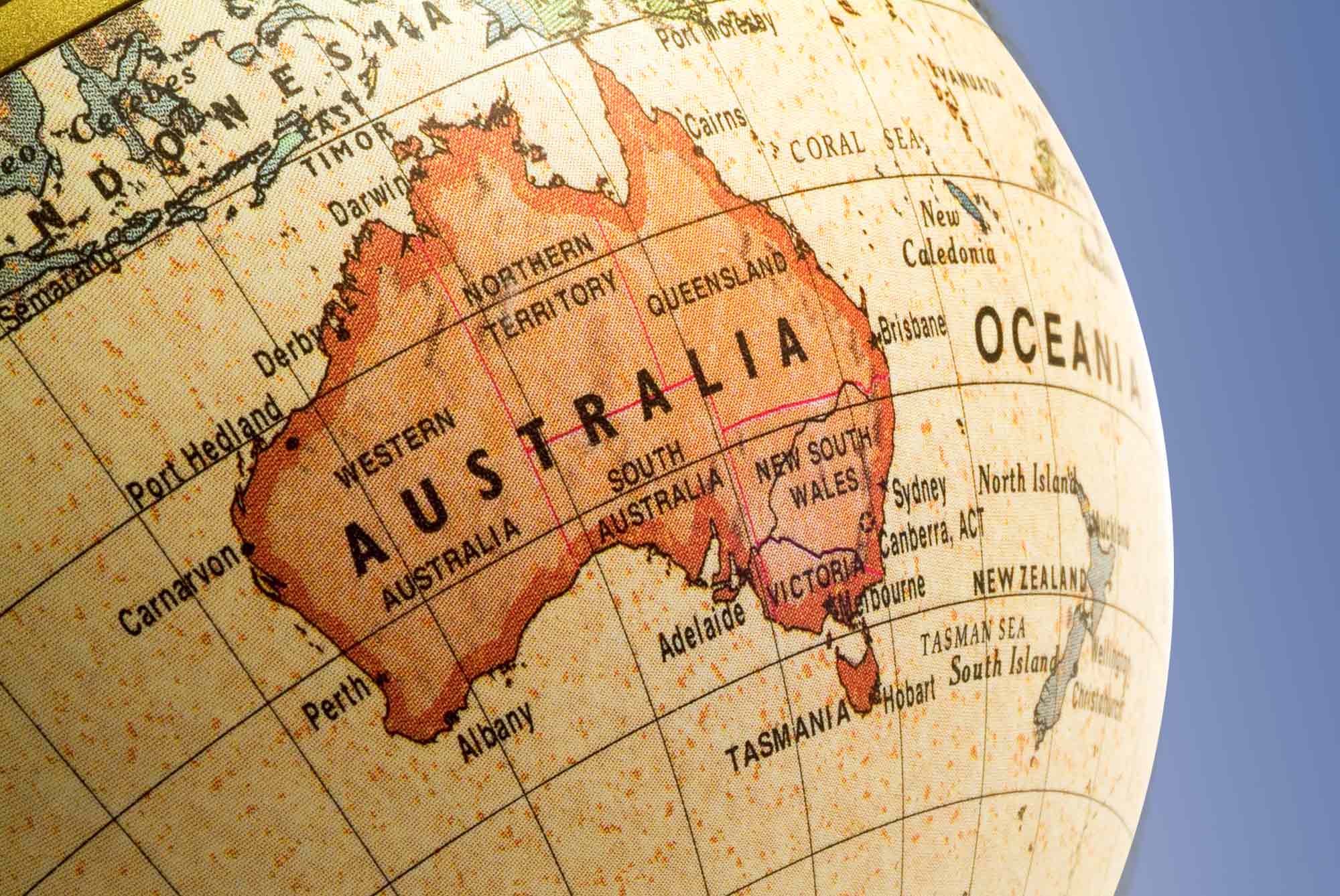 The premium for houses over units has hit record highs — which capital city shows the biggest gap?

Since the onset of COVID-19, a prominent trend across the Australian dwelling market has been the high demand for detached houses. 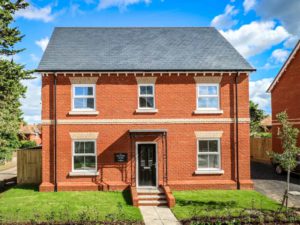 This is reflected in price changes of houses and units since March last year, as stage 2 restrictions rolled out across the nation.

This is more than double the 5.6% rise in capital city unit values over the same period.

This marks a 30.5% gap between median house and unit prices, which is the highest on record.

It is worth noting that these charts track the median value overtime only.

Growth in these median values should not be equated to value changes in the entire dwelling market.

Changes in values across the whole house and unit market refer to changes in the CoreLogic Home Value Index.

Over the past 15 years, June 2021 marks the biggest gap between median house and unit values across Sydney, Melbourne, Brisbane, Adelaide, and Canberra.

The Perth price gap between houses and units has just come off record highs, from 39.1% over May, to 38.9% over June.

Meanwhile, the price gap between median house and unit values has been trending down across Hobart and Darwin.

The dynamics of each capital city are unpacked further below.

Sydney houses and units currently have a record high price gap of 54.2%.

The difference in median house and unit values has skyrocketed since September 2020, as the housing market saw a recovery trend following eased social distancing restrictions across the city.

As the Sydney lockdown reinforces the lasting impacts of COVID-19 on large cities, and monetary policy remains accommodative, Sydney-siders who can afford it may still be willing to fork out a premium for detached housing in the months ahead.

Melbourne has seen a record high in the difference between house and unit medians at 52.4% as of June. 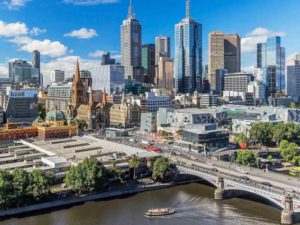 Melbourne has also seen the weakest rental market performance since the onset of COVID-19, and as a large portion of rental stock are units, this has dampened demand across the segment.

This also likely explains some of the weakness in the Sydney unit market, where rental demand was similarly affected by a lack of overseas migration.

Unlike Sydney however, Melbourne has seen similar rates of disparity through the 2017 and 2018 calendar years, when the house price premium on units averaged 46.3%.

A prolonged period of high unit supply, and development of high-density stock, kept unit values relatively low through this period.

Furthermore, affordability constraints across the housing segment, which could be amplified by the end of HomeBuilder and temporary stamp duty discounts, may guide more first home buyers back to the unit segment of Melbourne.

Brisbane has seen a distinct outperformance of house values relative to units. 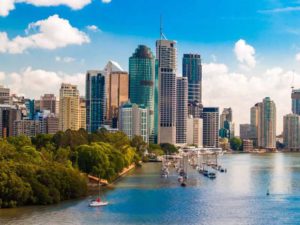 Since the onset of COVID-19, house values across Brisbane have increased 15.5%, compared to just 5.0% across units.

But the gap between house and unit values has risen fairly consistently since mid-2015, and 5 years annualised growth rates sit at 4.3% for houses, compared with a -0.1% decline in units.

Unit construction across Brisbane rose substantially through to late 2016, creating an overhang of stock when investor activity began to decline off the back of changes to macroprudential policy in late 2017.

The house price premium across Brisbane shows little sign of slowing down, as monthly growth rates over June continued to show a bigger uplift in houses (2.2%) compared to units (0.7%).

This could also reflect interstate demand for relatively affordable Brisbane houses, as the normalisation of remote work through COVID has promoted more movement from Melbourne to Queensland over 2020. 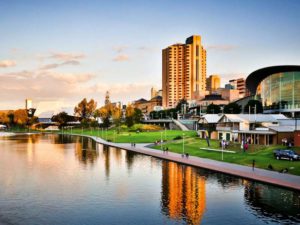 Adelaide has seen an acceleration in the price gap between houses and units since February 2021, as the COVID-recovery in dwelling values was led by houses.

Since the onset of COVID-19, house values across Adelaide have increased 16.2%, compared with a 7.3% rise in units.

Despite the recent uplift in the price gap, Adelaide has long seen a premium on houses relative to units, with an average differential in the median of 34.7% for the past 15 years.

This may be due to the higher rates of owner-occupation in the city contributing to more demand for detached housing, and elevated levels of unit construction from June 2017. 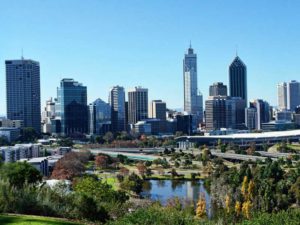 Perth currently has the second-lowest house premium of the capital city markets at 38.9% (behind Hobart at 32.3%).

This follows a 15-year average house premium of 25.6%, which is the lowest of the capital cities.

Part of this is due to the relatively high stock of low-density housing across Perth, while units tend to be centred in more desirable or inner-city locations, which would see relatively high median unit values.

However, like other large capital cities, the difference in house and unit values has surged since the onset of COVID.

The differential in prices for houses and units came off a record high through June, as monthly growth in house values softened to 0.1% across the city compared with a 0.6% lift in unit stock.

Hobart is unlike most capital cities, in that the gap between house and unit values has been trending down, following a recent high of 35.9% in February 2021. 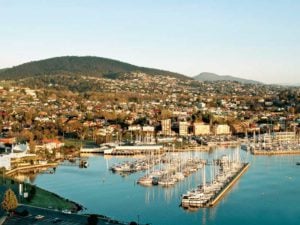 Hobart currently has the lowest gap between the median house and unit value at 32.3%, though this is above the 15 year average of 27.6%.

It is likely that a lack of available stock, and extreme affordability constraints, have pushed more demand into the unit segment in recent months.

This has seen a quarterly increase in Hobart unit values of 10.3%, compared with 6.7% across the housing segment.

Investor demand has also seen a strong resurgence across Tasmania, which may have contributed to the increased demand and price across the Hobart unit segment.

ABS housing finance data points to investor lending accounting for 28.4% of housing finance for purchases through May 2021, which is the highest level since November 2017.

Investor interest in the Hobart market has no doubt been affected by a flourish of domestic tourism presenting upside for the Tasmanian economy, and below-average levels of unit construction keeping supply relatively tight. 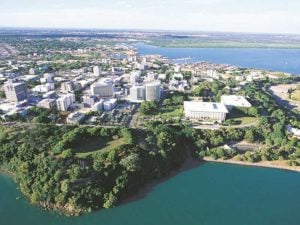 Darwin, like Hobart, has also seen a decline in the gap between median house and unit values, following a recent high in September 2020.

House and unit values across the region have seen a similar uplift in value since the onset of COVID-19, at 24.3% and 22.5% respectively.

Unlike Hobart, Darwin has sustained a relatively large house price premium, with the median sitting 68.5% higher than units.

Darwin has the second-largest gap between house and unit values of the capital cities, which surged from late 2017 amid a broader decline in investor activity. 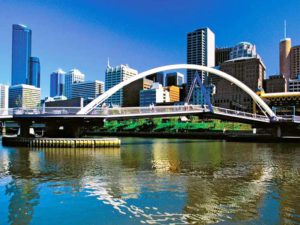 Canberra currently has the biggest house and unit price gap of the capital city markets, at 74.8%.

Since the onset of the pandemic, the Canberra Home Value Index increased 22.7% across houses, compared with 8.7% across units.

However, the gap in Canberra house and unit values does not stem from recent demand trends alone; Canberra has seen a very large volume of unit developments over the past decade relative to houses.

For the 10 years to March 2021, there was an average of 4,593 units under construction each quarter compared to just 841 houses.

This equates to roughly 5.5 units supplied to the market for each house construction, relative to the national average of 2.0 units for each house over the decade.

Previously, several factors have been identified as to why the COVID period has seen more demand for houses than units, which has contributed to a greater preference for lower-density housing options.

These included subdued property investment levels through 2020 (where investors tend to be more strongly associated with unit purchases), the initial design of HomeBuilder being better suited to house developments, and the general appeal of lower density housing through a viral pandemic.

However, as gradually higher levels of vaccination pave the way for safer high-density living, and affordability constraints are reached in detached housing, there may be more demand for unit stock in the years ahead, which would narrow the value gap between the two stock types.