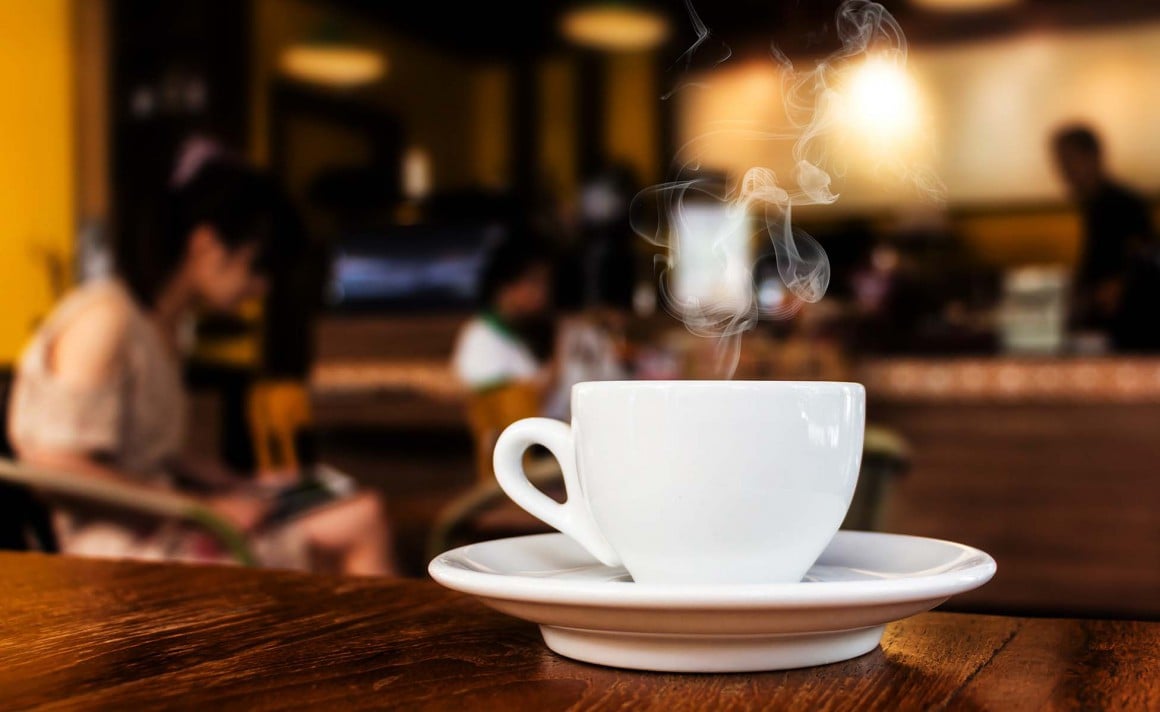 What goes into your morning cup of coffee, and how much does it really cost? [Infographic]

Have you ever wondered what goes into your morning cup of coffee, and what makes it possible?

But when you start to account for additional costs, the scope of a massive $200+ billion coffee supply chain becomes clear.

From the labor of growing, exporting, and roasting the coffee plants to the materials like packaging, cups, and even stir sticks, there are many underlying costs that factor into every cup of coffee consumed.

The following graphic breaks down the costs incurred by retail coffee production for one pound of coffee, equivalent to about 15 cups of 16 ounce brewed coffee.

Measuring and averaging out a global industry is a complicated ordeal.

Not only do global coffee prices constantly fluctuate, but each country also has differences in availability, relative costs, and the final price of a finished product.

That’s why a cup of 16 oz brewed coffee in the U.S. doesn’t cost the same in the U.K., or Japan, or anywhere else in the world.

Even within countries, the differences of a company’s access to wholesale beans will dictate the final price.

To counteract these discrepancies, today’s infographic above uses figures sourced from the Specialty Coffee Association which are illustrative but based on the organization’s Benchmarking Report and Coffee Price Report.

What they end up with is an estimated set price of $2.80 for a brewed cup of coffee at a specialty coffee store.

Each store and indeed each country will see a different price, but that gives us the foundation to start backtracking and breaking down the total costs.

NOW READ: Did you know these 15 things about coffee?

From Growing Beans to Exporting Bags

To make coffee, you must have the right conditions to grow it.

The two major types of coffee, Arabica and Robusta, are produced primarily in subequatorial countries.

The plants originated in Ethiopia, were first grown in Yemen in the 1600s, then spread around the world by way of European colonialism.

Today, Brazil is far and away the largest producer and exporter of coffee, with Vietnam the only other country accounting for a double-digit percentage of global production.

But if you’re looking for the money in coffee, you won’t find it at the source.

Fairtrade estimates that 125 million people worldwide depend on coffee for their livelihoods, but many of them are unable to earn a reliable living from it.

Instead, one of the biggest profit margins is made by the companies exporting the coffee. In 2018 the ICO Composite price (which tracks both Arabica and Robusta coffee prices) averaged $1.09/lb, while the SCA lists exporters as charging a price of $3.24/lb for green coffee.

Roasters might be charged $3.24/lb for green coffee beans from exporters, but that’s far from the final price they pay.

First, beans have to be imported, adding shipping and importer fees that add $0.31/lb.

Once the actual roasting begins, the cost of labor and certification and the inevitable losses along the way add an additional $1.86/lb before general business expenses.

By the end of it, roasters see a total illustrated cost of $8.73/lb.

When it comes time for their profit margin, roasters quote a selling price of around $9.40/lb. After taxes, roasters see a net profit of roughly $0.44/lb or 7.1%.

For consumers purchasing quality, roasted coffee beans directly through distributors, seeing a 1lb bag of roasted whole coffee for $14.99 and higher is standard.

Retailers, however, are able to access coffee closer to the stated wholesale prices and add their own costs to the equation. 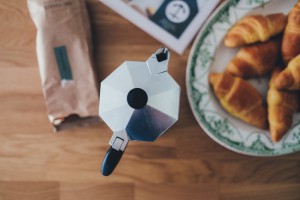 One pound of roasted coffee beans will translate into about 15 cups of 16 ounces (475 ml) brewed coffee for a store.

That doesn’t sound half bad until you start to factor in the costs.

Material costs include the coffee itself, the cups and lids (often charged separately), the stir sticks, and even the condiments. After all, containers of half-and-half and ground cinnamon don’t pay for themselves.

Factoring them all together equals a retail material cost of $13.00/lb.

That still leaves a healthy gross profit of $29.00/lb, but running a retail store is an expensive business.

Add to that the costs of operations, including labor, leasing, marketing, and administrative costs, and the total costs quickly ramp up to $35.47/lb.

In fact, when accounting for additional costs for interest and taxes, the SCA figures give retailers a net profit of $2.90/lb or 6.9%, slightly less than that of roasters.

Coffee production is a big industry for one reason: coffee consumption is truly a universal affair with 2.3 million cups of coffee consumed globally every minute. By total volume sales, coffee is the fourth most-consumed beverage in the world. 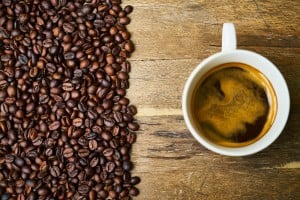 That makes the retail side of the market a major factor.

Dominated by companies like Nestlé and Jacobs Douwe Egberts, global retail coffee sales in 2017 reached $83 billion, with an average yearly expenditure of $11 per capita globally.

Of course, some countries are bigger coffee drinkers than others.

The largest global consumers by tonnage are the U.S. and Brazil (despite also being the largest producer and exporter), but per capita consumption is significantly higher in European countries like Norway and Switzerland.

The next time you sip your coffee, consider the multilayered and vast global supply chain that makes it all possible.

NOW READ: Ever wondered how your coffee gets from the grower to you?