Sydney’s property sales are breaking records for volume, values and involvement by investors, setting the scene for a big result as the traditional spring season gets into full swing.

Sydney auction clearance rates are almost at 90% and the number listed and sold is more than double for the same period last year.

An estimated $33 billion annual splurge by foreign buyers is also having an impact on Sydney and Melbourne volumes. 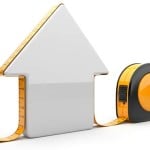 Sellers and agents are hopeful that the good run continues into the next Super Saturday, which falls next weekend.

In other news …. Victorians are choosing to forgo larger houses for smaller spaces. According to the Urban Development Institute of Australia, over the last six years lot sizes in Melbourne have fallen by 25.5% from 601sm to 448sm.

The UDIA puts this down to affordability and a move away from McMansions. Finally – the baby boomer generation is set to turn the retirement accommodation market on its head, challenging and changing the way society and governments think about how people live after they retire.

Demographer Chris McNeill says longer life expectancy; sheer numbers and wealth of the baby boomer generation will change the shape of retirement living over the next two decades.

Mr McNeill joins us next week in the show to detail how this ageing generation will reshape retirement living and what it will look like.