The COVID-19 Coronavirus pandemic hit the Australian economy hard and one of the casualties was jobs.

The rising unemployment numbers reinforces just how quickly the economy has slowed, and despite the horror of the numbers reported, things still have a way to go before we reach the bottom.

So how many people are really unemployed in Australia?

According to Roy Morgan Research in May 14.8% of the workforce (2.09 million Australians) were unemployed.

But the good news is that this is down 69,000 on April as Australia begins to open up.

The decline in unemployment is good news as the Australian economy opens up but also illustrates how far the economy needs to go to return to the state it was in pre-lockdown.

Compared to early March, the last measure before lockdown, there are an additional 1.07 million Australians unemployed (+7.5% points). 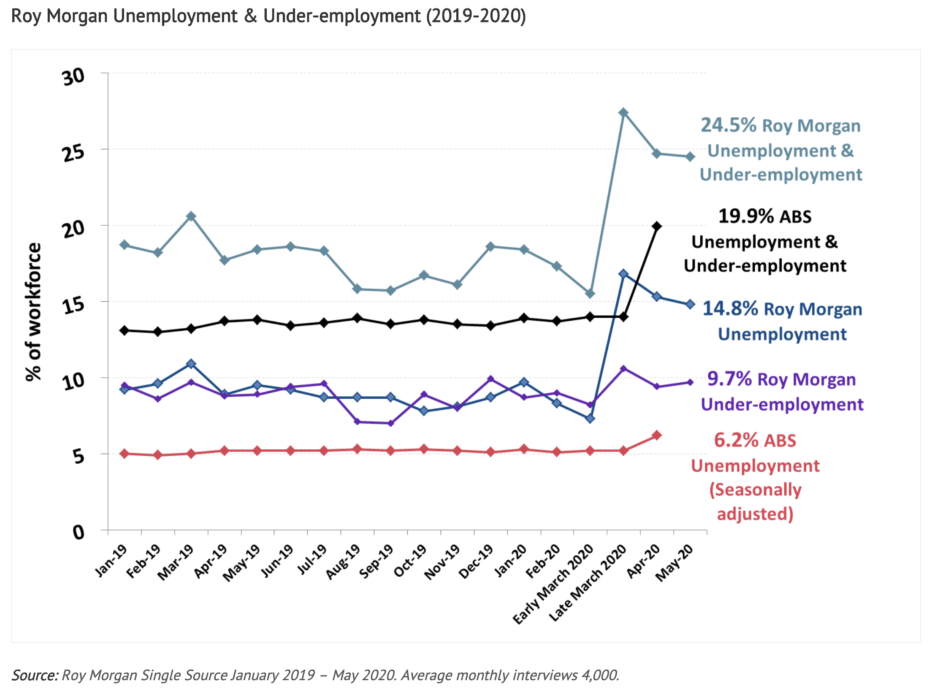 Michele Levine, CEO Roy Morgan, says restrictions are now being eased around Australia however a quarter of the Australian workforce is now unemployed or under-employed – obviously an under-estimation as 3.5 million are currently subsidised on JobKeeper:

“Roy Morgan’s unemployment measure for May shows 2.09 million Australians were unemployed (14.8% of the workforce) with an additional 1.37 million (9.7%) under-employed.

“In total a massive 3.46 million (24.5%) Australians are now either unemployed or under-employed, down 25,000 since April. If this number continues to drop at the rate of 25,000 per month it will take over four years until September 2024 before it approaches the levels of early March 2020.

“The trend in May is in the right direction as the Australian economy opens up but compared to the labour market situation pre-lockdown an additional 1.3 million Australians are now unemployed or under-employed – and this is while the JobKeeper program is still running.

“Earlier this week Treasurer Josh Frydenberg accepted Australia had entered its first recession for three decades. For Australia to emerge from this recession quickly during the next few months businesses and unions must work together to forge sensible and equitable solutions that encourage employers to hire new workers.

“These results show that if businesses and unions don’t work together to develop sensible and realistic industrial relations many hundreds of thousands of Australians that have been put out of work as a result of the ‘COVID-19 Financial Crisis’ (CFC) will struggle to find new jobs and risk becoming long-term unemployed.” 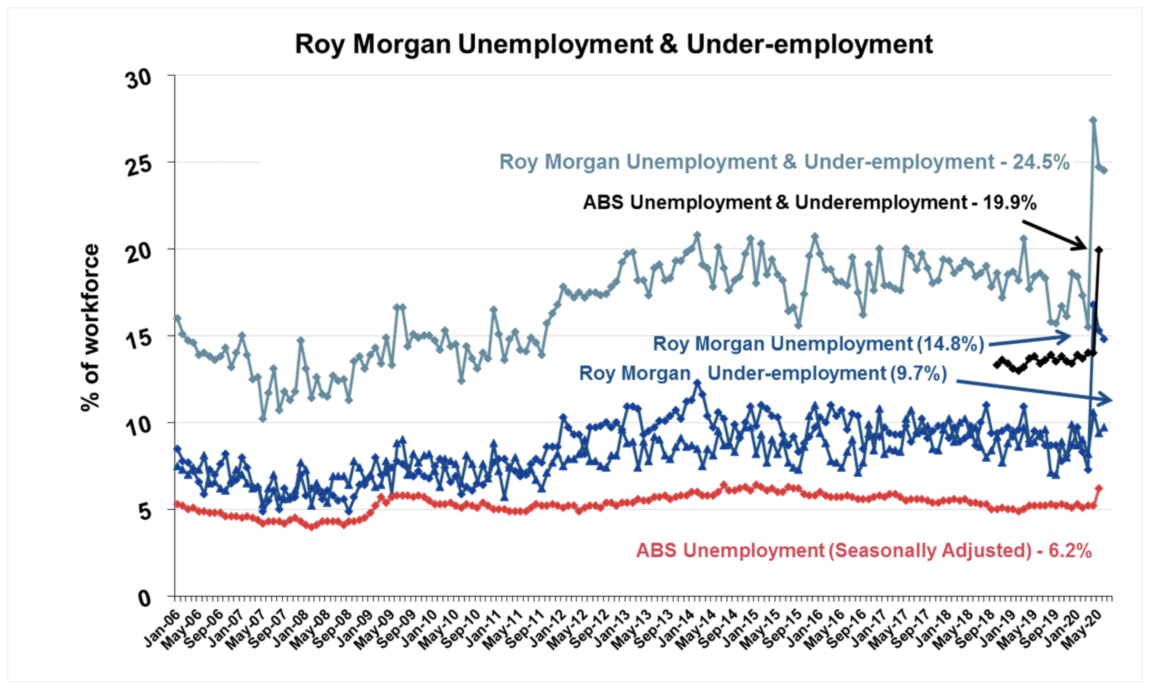 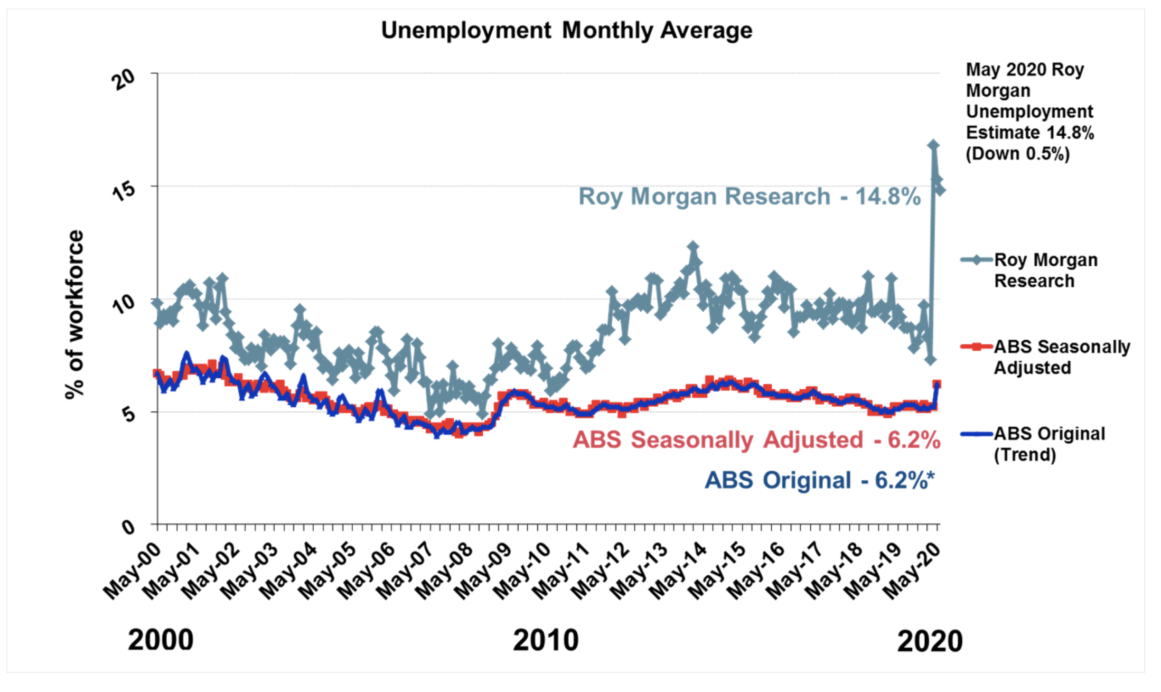 This Roy Morgan survey on Australia’s unemployment and ‘under-employed’* is based on weekly face-to-face interviews of 684,202 Australians aged 14 and over between January 2007 and May 2020, and includes 6,698 telephone and online interviews in May 2020. *The ‘under-employed’ are those people who are in part-time work or freelancers who are looking for more work. 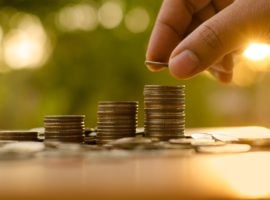