Brisbane’s housing market has been holding up better than the largest cities with home values recording less downwards pressure.

Despite the relative resilience dwelling values have slipped by two-tenths of a percent over the June quarter.

Unit values were down a larger 0.8% while detached House values held firmer down 0.1%.

Brisbane rents have also recorded a mild downturn falling by 0.6% over the June quarter.

However, local rental yields remain well above the combined capital city average tracking at a gross 4.2% for houses and 5.2% for units.

In a positive side of housing demand. Sales activity has shown a sharp rise over the past two months up by an estimated 74% since activity plunged in April. 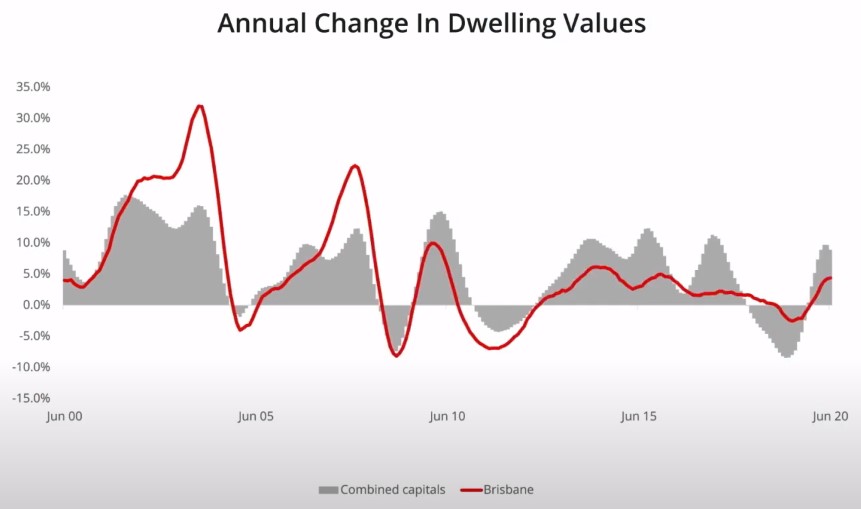