If we were to judge whether 2019 is a good time in the history of the world, many people would probably think not, wouldn’t they? 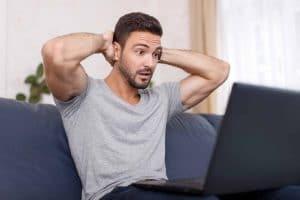 We’re fed a steady stream of “bad news” via our 24/7 news cycle as well as the ubiquity of economic data which is often portrayed gloomily.

In fact, the instantaneous review of monthly data-sets can often have us seesawing from “the property slump is over” one week to “the economy is heading into a recession” the next.

Then there are the stories about faltering property prices, the high cost of living, the ever-increasing pressure we’re putting on the environment and the fact that property is unaffordable for many.

These are enough to get anyone down.

It’s just too easy to buy into the doom and gloom hype that seems so prevalent in the mainstream media these days.

So it’s no wonder many of us are pining for the “good old days”.

But what if I told you that you’ve won the lottery and right now, we are living in the best country in the world and at the best time in human history – if only we could stop complaining long enough to realise it?

Thanks to the invention of the internet, we have access to a whole world of possibilities our parents and grandparents would never have dreamed possible.

We can video chat with friends and family on the other side of the world, work from home and even gain qualifications through prestigious overseas universities, all without leaving the couch.

Not to mention the seemingly limitless news and entertainment that we have right at our fingertips.

International travel has never been cheaper, and platforms such as Airbnb enable us not only to jetset on a budget, but also to make some cash on the side when our home is empty.

While once upon a time dining out was a rare treat, reserved for birthdays and anniversaries, most of us can afford to eat at restaurants and buy takeaway on a regular basis, even if we don’t have a huge income.

And if we can’t be bothered going out, we can have the finest cuisine brought to our home using Ubereats.

So what is wrong with this picture? 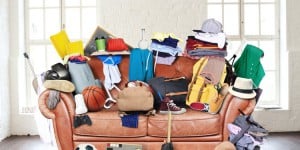 Unfortunately, human nature is such that with all these advances and improvements, we can’t help but want more, more, more.

The house, the cars, the holidays and the daily double-shot macchiato, and dare I mention the controversial smashed avo on sourdough toast.

We want everything, and we want it yesterday, and this mentality leaves us wide open to the relentless pursuit known as “keeping up with the Joneses”.

But none of it is real

Real happiness, and real financial security, can’t be found at the bottom of an award-winning bottle of wine in a fancy restaurant.

It’s gained through hard work, discipline and maintaining your priorities – spend a little here, save a little there, until you reach a point where you’re no longer dependent on your weekly wage to make ends meet.

Until that time, you’re never truly free, because you’re always at the mercy of your creditors, your employer, or the economy.

We’re hardwired to be negative

One of the reasons we tend to focus on the bad things and pay less attention to all the good that is happening around us is that human beings are biologically predisposed toward negative thinking.

The negativity bias is a well-studied and heavily documented phenomenon with implications for nearly every aspect of our lives.

Our tendency to pay more attention to bad things and overlook good things is likely a result of evolution.

Earlier in human history, paying attention to bad, dangerous, and negative threats in the world was literally a matter of life and death.

Those who were more attuned to danger and who paid more attention to the bad things around them were more likely to survive.

This meant they were also more likely to hand down the genes that made them more attentive to danger.

While we may no longer need to be on constant high-alert as our early ancestors needed to be in order to survive, the negativity bias still has a starring role in how our brains operate.

Research has shown that negative bias can have a wide variety of effects on how people think, respond, and feel.

Some of the everyday areas where you might feel the results of this bias include in your relationships, decision-making, and the way you perceive people.

Of course, the natural next question is: How can we overcome this tendency toward negativity?

Because we are hardwired to respond with fear to any potential negative outcome, we often feel inundated with anxiety, especially in the age of the internet and information overload.

Understanding your biases is the first step in overcoming them.

Then an attitude of gratitude goes a long way to appreciating how good your life really is.

A look at some of the most successful people on the planet quickly reveals that mindset is everything.

Mark Zuckerberg’s wardrobe is made up almost entirely of jeans, hoodies and t-shirts, while Warren Buffet still lives in the house he bought in 1958 for $31,000.

Becoming financially free isn’t about having the best of everything – it’s about making sacrifices in some areas so that you’re able to splurge on the things that really matter to you.

So, instead of buying the latest and greatest car, clothing or gadget to fit into our consumer society, why not try running your own race?

Take coffee from home and funnel that $5 or $10 a day into your mortgage, so you can be debt-free sooner. 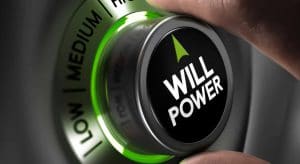 Postpone upgrading your car so you can afford to take days off to volunteer at your kids’ school, making priceless memories.

Make do and mend your wardrobe, freeing up valuable cash for an investment property or share portfolio.

Doing these things once or twice won’t seem to make a dent, but adopt them as lifelong habits and you’ll be amazed at the different they can make.

Then follow these three simple steps to financial freedom:

Now don’t underestimate the importance of this simple message.

Keep your eye on the prize, the big picture, long-term goals you want to achieve.

It could be private school for the kids, early retirement, or a sea-change for a life less complicated.

Every little step you take towards that dream is progress, even if it doesn’t seem that way at the time.

But one day, you’ll wake up and realise you’ve made it… and it will all be totally worth it.