In his economic update yesterday Alan Oster, National Australia Bank Group Chief Economist, has postponed the timing of his next expected 25 point interest rate rise until May 2011 (previously February).

The report went on to say: Clearly each RBA meeting will remain data dependent. That said, clear evidence of the income and investment effects of the mining boom and its inflationary potential are unlikely to be evident until mid 2011. With that momentum building into H2 2011 and inflation accelerating we have maintained our end point target cash rate at 5.25%. But it is now unlikely to be reached before August 2011.

Australian economic growth continues to moderate, although not as rapidly as the latest national accounts data might suggest. Annualised trend data show that GDP growth declined from around 3.2% in the March quarter to 2.5% in the September quarter. This is broadly consistent with our reading of the NAB survey of business conditions during 2010.
The RBA clearly expected a stronger growth outcome in the September quarter in its latest Statement on Monetary Policy. To achieve the RBA forecast for GDP in 2010, using data then available, annualised growth would have needed to be just shy of 3% in the second half of 2010 – which is now extremely unlikely. Based on growth of around 0.5% in the December quarter (or around 1.75% on a 6-month annualised rate) we now expect December quarter GDP to be about 2.75% higher than a year earlier. That compares to our previous expectation of 3.25% – and the 3.5% expected by the RBA.
Other partial and forward indicators point to ongoing domestic softness in some key sectors. That includes a weakish October NAB survey and an even more dramatic plunge in yesterdays October retail trade statistics. It is hard to believe that retail will strengthen in the near term given falling new orders and the subsequent interest rate action. Elsewhere, the story remains mixed. Construction remains caught between resurgent engineering associated with mining and softness in the residential sector as dwelling approvals continue to drift down. Although mining and agriculture are performing strongly, the strength of the Australian dollar is weighing on manufacturing, tourism and other trade-exposed sectors.
We still expect growth of 4.25% through the course of 2011, but the lower base means we have shaved down our year-average forecast to 3.6%. The unemployment rate is now expected to dip below 5% during the June quarter of 2011. Full details of our revised forecasts will be released on 14 December.
Given the emphasis placed by the RBA on the importance of domestic conditions evolving “as expected” when setting monetary policy, the apparent departure from expectations is meaningful. Although the income effects of the mid-year terms of trade boost are still expected to bolster business investment and growth in 2011, the take off phase has clearly been delayed somewhat.
With less near term tightness in labour and wage markets, flat housing prices and a lower inflation start point, it is very unlikely that the RBA will be increasing interest rates in the immediate future.

Furthermore, rises in housing rates by the banks in excess of the official rate have done some of the RBA’s work for it. Given all these factors, we expect the RBA will adopt a more measured approach to the remainder of the current tightening cycle. 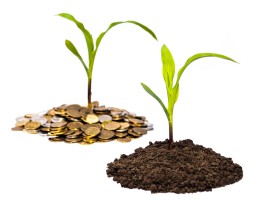 'The NAB has changed its forecast for the next interest rate rise.' have no comments