What are the proceeds of crime?

Proceeds of crime refers to any money or property gained from criminal activity and is covered by The Proceeds of Crime Act 2002 (the Act) passed on 11 October 2002 and came into operation on 1 January 2003.

WHAT ARE SUSPICIOUS TRANSACTIONS?

Criminals buy high-value goods such as real estate as a way of laundering or concealing illicit funds. Compared to other methods, money laundering through real estate – both residential and commercial – can be relatively uncomplicated, requiring little planning or expertise.

Large sums of illicit funds can be concealed and integrated into the legitimate economy through real estate."

Due to the prevalence of incidents there has been a heightened public awareness regarding fraud and corruption and its impact on the Australian property market, particularly through (but not limited to) the investment of foreign proceeds of crime in Australian property; that is, where foreign investors use funds obtained through fraudulent or corrupt conduct to purchase real estate.

Highly publicized incidents in a number of States have highlighted the danger and underscored the high risk that exists in the real estate sector.

Recent examples of such fraud include:

Property fraud is on the rise and despite strict identity checks in place fraudsters continue to use false identification and lending documentation to deceive the various State Land Titles Offices, Banks, Mortgage Brokers.

The impact for legitimate buyers and sellers is an increase in costs and possibility of being caught up in a fraudulent scam and having their property seized by the authorities. 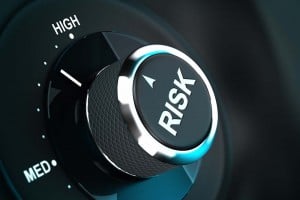 NSW Fair Trading introduced updated fraud prevention guidelines for the real estate industry in October 2012 to combat identity fraud and scams in the industry, these include Proof of Identity Checklist for Vendors.

An Agent has the responsibility to ensure this checklist is provided and accurately identifies the Vendor, if there is any suspicion that there is a possibility of fraudulent dealings the agent must alert the authorities immediately.

Each state authority has introduced reforms for a new Verification of Identity (VOI) policy.

The VOI policy is creating a framework to ensure that sufficient steps have been taken to verify the identity of those involved in buying, selling or transferring property.

VOI is a standardised process that involves face-to-face verification of a person's identity at a VOI authorised facility such as a participating Australia Post branch.

About Garth Brown Garth Brown is the Founder and Director of Brown and Brown Conveyancers one of Sydney’s leading Conveyancing Firms. With 20 years experience as a practicing Conveyancer he has assisted hundreds of Clients to navigate through the maze of conveyancing issues when buying and selling property. Visit www.conveyancers.net.au/