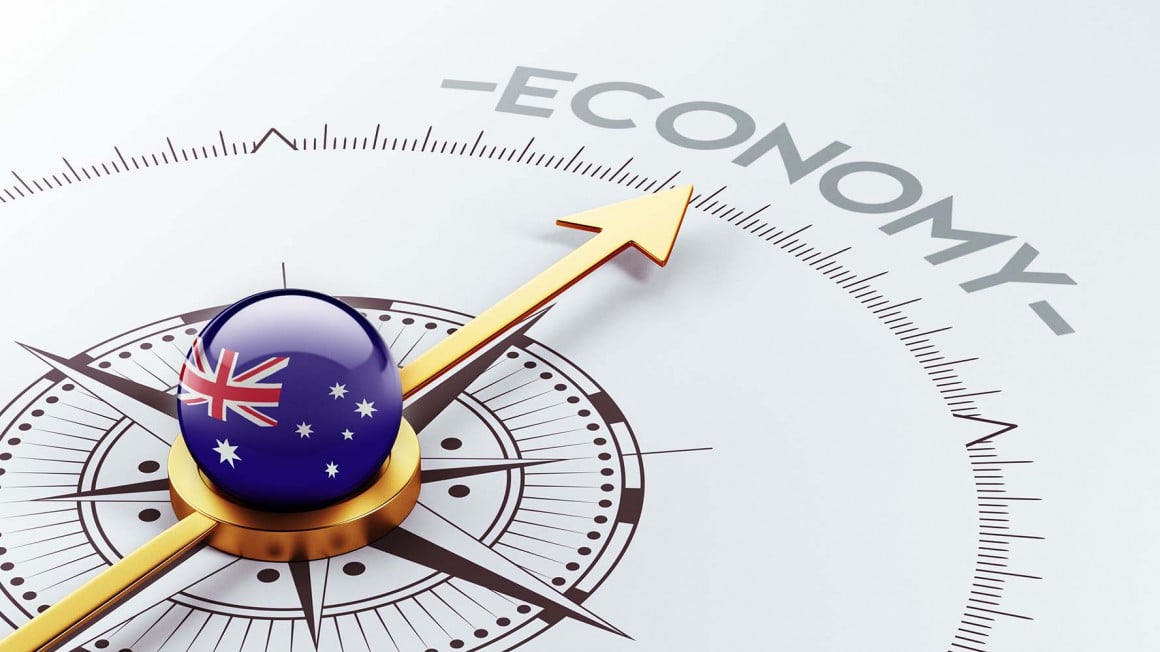 Our economy : The good ship lollipop

Next week is a busy one for the RBA.

It is only one of five weeks in the year that they release three things in a single week.

Not bad work if you can get it.

Next week, the RBA meets on Tuesday to make an interest rate decision.

Man, I am exhausted just typing out this massive ‘to do’ list.

Again, great work if you can get it.

One really must wonder about timing here.

The RBA meets on the first Tuesday of each month – excluding January of course, for we all know that economics also goes on a well-earned break – but these meetings are out of sync with the release of many of the key economic indicators.

Here, I am thinking really about the GDP figures.

Last December the RBA met – kept the cash rate on hold and released some babble about being On The Good Ship Lollipop (I am, of course, paraphrasing here) – and the very next day the GDP figures showed that the economy had gone backwards.

Now, the RBA meets next week and the economic figures to which they will be referring, will be from a full four months previous; while the December Quarter GDP figures are still some four weeks away.

And as a result, the RBA will wait now until March until they do something.

In their latest statement on monetary policy, the RBA estimated GDP growth in 2016 would be between 2.5% and 3.5%.

But to get even 2.5% annual growth, the December quarter would need to grow by around 1.3% - the biggest quarterly growth in over a decade.

Can you feel that economic love?

Things are absolutely economically jumping in my neck of the woods. 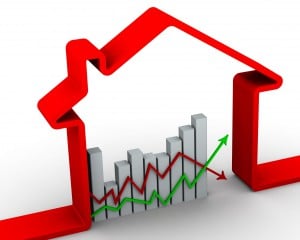 Maybe the RBA has way too much to do.

They don’t seem to be able to do the most basic thing in their job description.

Another problem is that their main tool – interest rates – is very imprecise.

It is now five years since the RBA began cutting rates in November 2011.

In that time, there has been a surge in housing investment that has helped fuel economic growth.

But that boom has been very much on the east coast and really very much in New South Wales, which really means Sydney.

Look at the 1st chart – in the past five years, private dwelling investment in NSW (Sydney) has grown by 60% compared to 12% in the rest of the nation 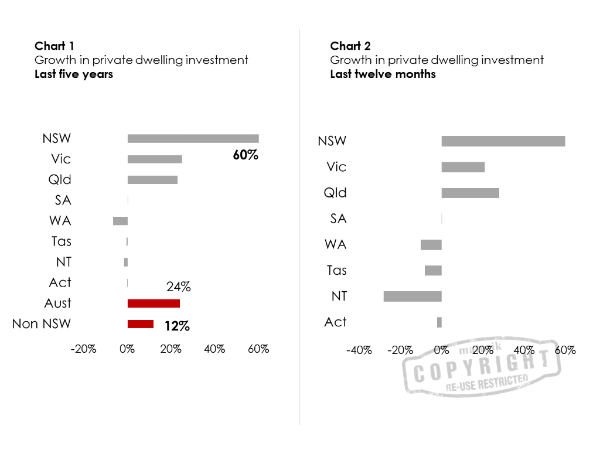 Plus, there is some deeper stuff going on too.

Firstly, Sydney is now shooting ahead of the rest of the nation – see our 2nd chart – and whilst owner-resident loans were outpacing investment lending in recent years, due t

o new rules limiting such loans, since the start of last year investors have started coming back and are set to overtake, again, owner-occupiers.

The RBA is right to be concerned about sparking another round of house price escalation.

But that, too, is increasingly Sydney, and to some extent Melbourne, centric.

Besides, the banks are now helping out the RBA.  God knows they need some help.

Due to rising costs – more to come when our AAA rating falls – plus the need to adhere to APRA rules on limiting investor lending, banks have started raising rates for investor housing loans independently of the RBA.

This gives the RBA room to cut the cash rate further, as the lower rates will most likely go predominately to owner-residents.

Despite what Paul Keating said, Sydney isn’t the only place to live in Australia and the rest isn’t camping out.

The rest matters and especially when you factor in that 2.6 million Australians are either unemployed or underemployed.

For mine, the RBA should drop interest rates next week but they most likely will wait until March to make their move.

And unlike the Fed’s “once and done”, the RBA may need to drop our cash rate several times during 2017.

By the way, dropping the cash rate really won’t do much – it will just keep The Good Ship Lollipop on an even keel.

Well, for a little while longer at least.