We know that property price growth has slowed down, but what’s happened to rents?

According to Rent.com.au’s latest report, the rental markets are very fragmented. 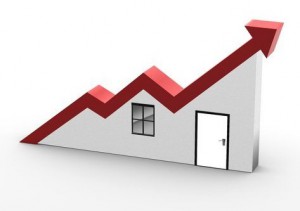 So let’s take a State by State look at the residential rental markets..

New figures from Rent.com.au show that Sydney’s median rent across all property types is stable — the sixth straight month unchanged.

The NSW capital’s median rents are high (still no real surprise) but cooling demand could be behind the stabilising costs.

Apartment and house median rents were flat in June, unchanged from May at $550 and $600 a week accordingly.

Rent.com.au Chief Executive Officer, Greg Bader said while Sydneysiders are still paying the highest weekly rents in the country, the pace of house rent rises has eased to maintain prices over past six months, while places like Perth are starting to see a surge in the price of apartments and houses.

“From an investors perspective, slowing rental growth means they will need to find new ways to differentiate their properties from others,” he said.

“The boom phase of the market is fading, and it’s likely down to firsthome buyer incentives and a deluge of new apartments on the market.” 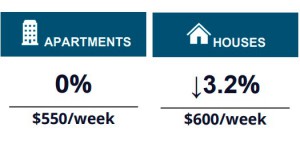 Apartment prices, however, have remained stable at $550 a week. 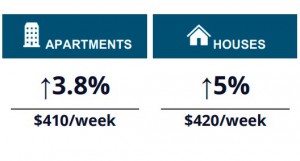 Apartments in the metro area moved faster year-on-year, recording an 8% improvement to take 19.3 days on average to lease. 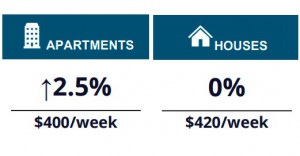 Median house price, however, were stable at $420 a week.

Brisbane also recorded its third annual rise in apartment price per room in June – the only state apart from Melbourne to do so. 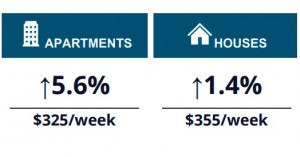 The WA capital remains the most affordable city for sharehousers with prices falling nationally to $120 a week. 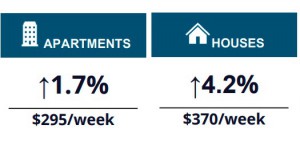 Over in Adelaide, median weekly house rents picked up 4.2% year-on-year in May to $370 a week.

Similarly, apartment median rents jumped annually by 1.7% to $295 a week.

Adelaide apartments and houses recorded the lowest price per room year-on-year of all states and territories, matched only by Perth (houses). 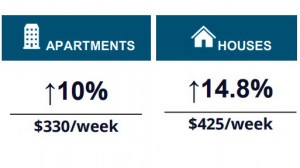 Some significant changes are evident comparing the 12- month change in Hobart.

Median apartment rents were up 10% to $3309 a week, while houses picked up by 14.8% to $425 a week, indicative of the ongoing affordability issues in the TAS capital.

Hobart also recorded the highest jump in price per room (houses) in June – up 18% from June 2017. 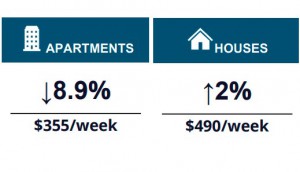 Darwin apartments moved slowest of all states/territories (42.4 days on market) in May 2018, with Perth close behind (39.1 days). 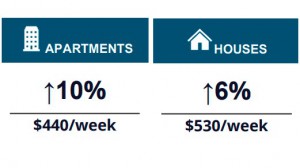 Nationally, Canberra was one of just two capital cities to record a fall in price per room annually, down 1% from June 2017, now $183 a week.

'June Rental Snapshot | What’s happening in my area?' have no comments