These are the cities with the most Ultra-Rich residents [Infographic]

Many of us are fascinated by the Ultra Rich.

How did they get that way?

Where to they live?

What do they buy?

According to the most recent edition of Knight Frank’s Wealth Report, there are 198,342 ultra high net worth individuals (UHNWIs) with assets over US$30 million around the world.

And not surprisingly most of the world’s ultra-rich population tend to congregate in world-class cities.

You know... places that are conducive to safeguarding and growing their wealth, but that also give them access to top-end amenities that allow them to live comfortably and luxuriously.

As you can see Australia is punching above its weight in representation. 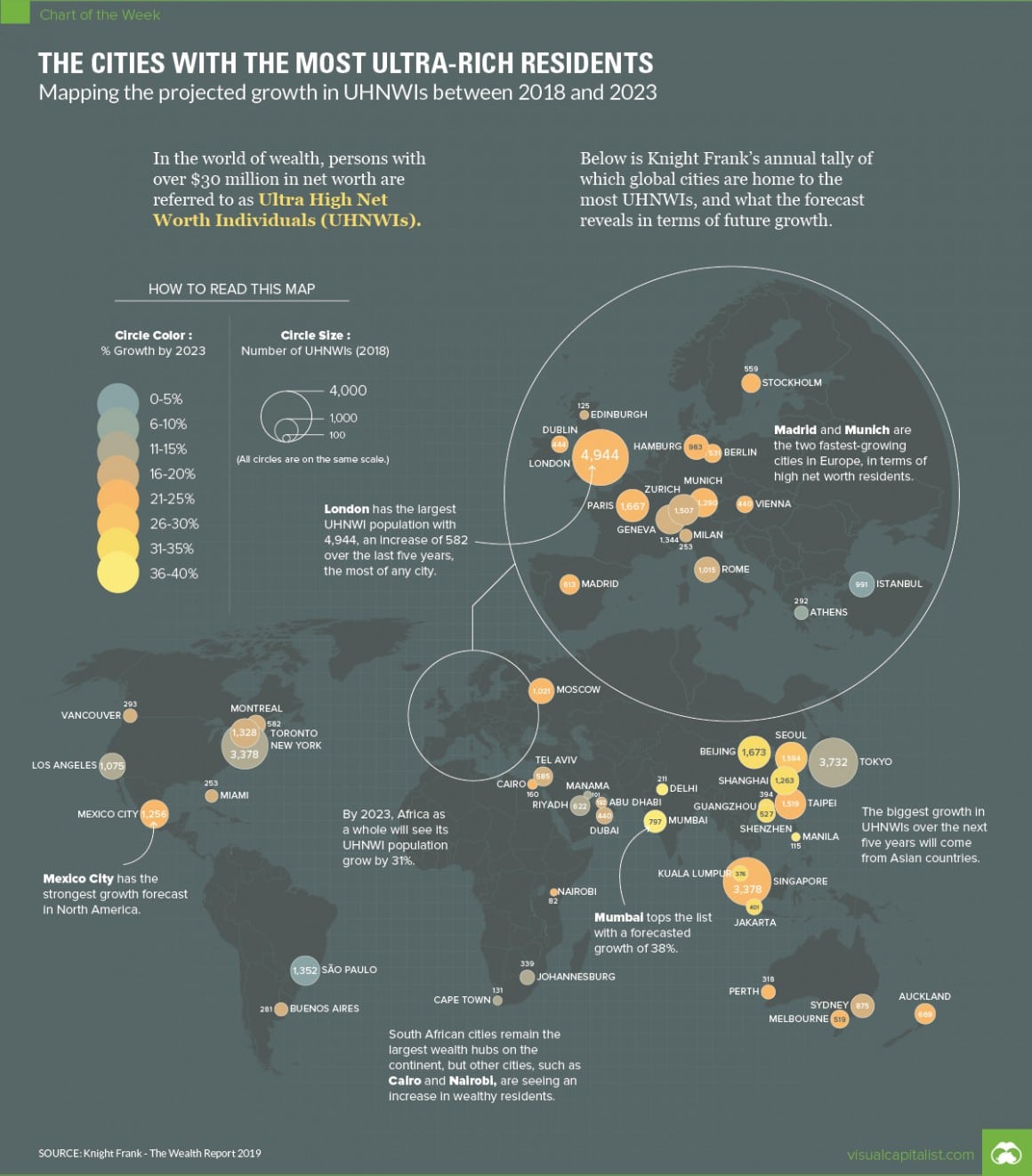 TOP TEN CITIES FOR THE ULTRA-RICH

The following list is ranked based on where Knight Frank expect UHNWIs to live in 2023:

There are currently 4,944 ultra-rich people living there today and their number is projected to grow by 23% by 2023.

Tokyo has the second highest amount of UHNWIs today, but the city is adding them at a slower rate than other rival cities.

As a result, Singapore will move into the #2 spot overall by 2023, with an expected total of 4,393 high net worth residents.

Finally, it’s worth noting that both Shanghai and Beijing are expected to see growth above a 30% clip over this five-year period, as they add millionaires and billionaires at a faster rate than any of the other heavyweights.

Not surprisingly, all 10 of these cities are located in Asia.