Life always seems to throw up challenges and we tend too worry about them, but when we look back, most of what we worried about didn’t occur.

And if it did, it wasn’t as bad as we imagined it would be.

Lifehack published a list of 20 things life is too short to worry about.

Here’s a few of my favourites from their list:

Life is too short to worry about… 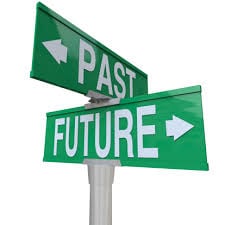 The beef-witted among us who don’t learn history are doomed to hear it repeated over and over by those who do.

Most of humanity’s violent wars were waged because of conflicting beliefs over what happened in the past.

The past is important to learn from, but you shouldn’t let it get in your way and become a burden.

Instead, face forward, and brush that dirt off your shoulders.

We all faced obstacles in our past.

There’s no need to run from or be ashamed of who you are or where you came from, but don’t let what happened to you distract you from your personal goals.

Learn from your hardships, and fight harder next time.

The only way you can continue being harmed by something that already happened is if you let it.

Getting old is a difficult and scary task – there’s no denying that.

We all go through the same stress, anxiety, fear, worry, and doubt. It’s understandable to feel a little bit stressed about aging, but you have to keep in mind there’s nothing you can do about it.

You’re going to age whether you like it or not.

There’s nothing you can do to stop the process, but you can embrace it and make the most of your time.

Aging is a part of life. It sucks, but it is what it is.

Instead of worrying about your impending geriatric state, enjoy the present you exist in right now.

You’ll only be this old once, so do all the fun things you always wanted to do at that age.

Stop wishing you were younger.

Don’t waste your time worrying about not being old enough yet either.

Being a kid has its advantages.

Sure you can’t gamble, buy cigarettes or alcohol and you don’t have much of a say in what happens in your life, but there are plenty of advantages to youth.

You get a slap on the wrist for most minor offenses (and your record isn’t as permanent), it’s easy to get out of contracts, admission prices are cheaper, and bills are usually free.

You can’t speed or slow time. Enjoy your life the way it is right now.

Sooner or later in your life, you’re going to have to face the inevitability of your own death.

You can’t dodge the grim reaper, and hiding is only going to hinder you from living your life to the fullest. 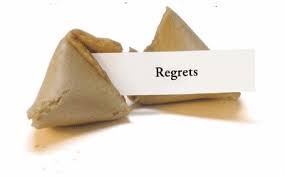 You won’t give your all when you’re holding back.

After you face death, you’ll find it easier to face over and over throughout life.

You’ll have more courage and tenacity.

Death isn’t easy to face; religions have spawned throughout the human history in an attempt to soothe people’s fears of oblivion.

If you go to sleep, you may not wake up, and even if you do wake up, no matter how safe you are, we could be nuked by another country or a meteor could fall out the sky and kill us all.

Unless you’re reading this from a professional shelter, you have no chance of surviving an extinction-level event. Now face mortality, and go live your life.

When I was younger, I always said I didn’t care what people thought of me, but the reality is very different.

In my mid to late 20s, I completely stopped caring what people thought of me.

By the time 30 hit, I jumped out of an airplane and hit the ground running.

I blew the whistle on the banks and started living my life as though nobody was there.

I started being me, regardless of what my friends, family, the government, or the guy at the other end of the barrel aimed at me thought about it.

Fitting in is an advantage in certain situations, but it’s certainly not the end-all, be-all for every situation in life.

There are times when you need to keep a low profile, but for the most part, unless you’re a secret agent or political leader, feel free to let loose sometimes and have fun, regardless of what people think of you.

Don’t worry too much when you make a mistake – nobody’s perfect.

Figure out what caused the mistake and what you can do next time to avoid it or improve the outcome in at least some minor way. 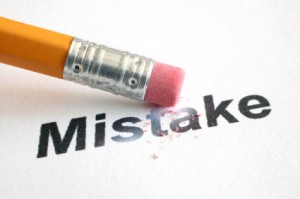 Remember what Thomas Edison said about mistakes being the key to innovation; we stumbled upon some of our greatest inventions by mistake.

It’s not the end of the world.

When you make a mistake (especially a string of them), it’s easy to get frustrated and feel like everything is falling apart.

Stress can compound as you race toward deadlines, and the inkling to throw in the towel starts to build up inside.

It’s ok. You may need to pay some sort of retribution for your mistake, but that which doesn’t kill you only gives you an opportunity to prove who you really are.

6. What Can Go Wrong

I’m not going to drive to the store today.

I may run out of gas, traffic will be busy, the store’s probably closed or crowded, they won’t have the item I’m looking for or it’ll be too expensive, I’ll forget my wallet, my car will get hit in the parking lot, someone may shoot up the store while I’m there, my car will break down, I’ll lose my key, and my house will get robbed while I’m gone.

Because of these possibilities, I’m going to sit home all day and do nothing instead.

If you don’t start something because you’re scared of all the things that may go wrong, you’re probably better off, because you can’t be successful if you don’t know how to react when faced with adversity.

No matter how well you make your plans, something is going to go wrong.

The United States government is one of the most powerful entities in human history, and they’re constantly running damage control.

Do you really think your plan is going to go off without a hitch if even they can’t do it? 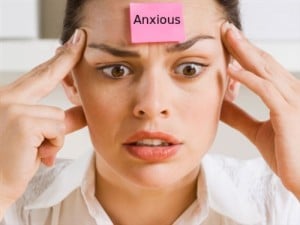 After a while, your worries start to pile up to the point that you begin to even worry about worrying.

Once you’re stuck in this cycle, it’s very difficult to get out.

If you ever find yourself in this position, the first thing you need to remember is to breathe.

Now stop getting frustrated with you.

If life is too short to worry about death, it’s certainly too short to beat yourself up over being human and having a natural reaction.

Although you’re better off not doing it, there’s nothing wrong with worrying – worrying about worrying is a good sign you need to stop and take a minute.

You woke up late, a dollar short for your lunch, got splashed by a car walking through the parking lot, tripped going up the stairs, and your zipper was down for a really important meeting.

If you consider that a bad day, you’re archiving your life the wrong way.

Instead of getting frustrated by the little things, focus on all the positives.

The sunset, cloud formations, the smell of the trees and flowers around you, food, drinks, love, passion – there are entirely too many great things happening on a day to day basis to worry about the little annoyances in life.

At the end of the day, you need to accept yourself for your own faults. 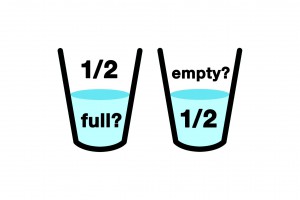 Life’s too short to dwell on anything for too long unless it makes you feel happy and fulfilled.

Sure, you’ll make mistakes along the way, but that’s part of the fun.

Test your own boundaries, and you’ll begin to enjoy life so much more.

For example, I can’t stand when I don’t finish something up to my personal standards.

I have an almost Sheldon Cooper-level impulse to finish things, but to help suppress that worry, every so often, I don’t finish…

You can read the whole list of  20 things life is too short to worry about at LifeHacker.