Do you drink freshly brewed coffee to start off your day?

Or is a cup of English breakfast tea a better option for you?

Your choice could be a result of your genes, and how they affect your experience of bitter flavours.

Published a few years ago, our  study shows that the likelihood of a person being a coffee drinker or a tea drinker is linked with the presence or absence of key genes that shape how bitter flavours taste.

Tea and coffee generally taste bitter because they contain bitter-tasting substances such as caffeine.

Quinine is another substance that contributes to the bitterness of coffee, and is also found in tonic water. 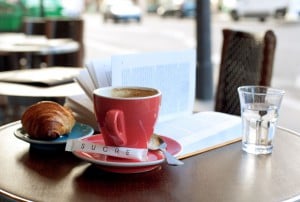 A recent study by my colleagues and I revealed bitter taste receptor genes that are responsible for the perception of caffeine, quinine and a man-made bitter substance propylthiouracil (PROP).

This latter molecule has the same bitterness as Brussels sprouts (for those of us who can taste it).

We knew from previous research that inherited factors play a role in the amount of coffee and tea a person drinks a day, and that the ability to digest caffeine plays an important role in the people’s consumption of caffeinated beverages.

But we didn’t know whether genes for bitter taste perception were involved in determining consumption of bitter-tasting beverages.

In this new study, we examined the consumption of coffee and tea in a large Biobank cohort of more than 400,000 men and women aged 37 to 73 in the UK for whom we also had data about their bitter receptor genes.

We employed a method commonly used in epidemiology called “Mendelian randomisation” to compare coffee and tea intake between people who did or did not carry particular bitter taste receptor genes.

Compared to an average person, we showed that people who carried the bitter taste receptor for caffeine were more likely to be heavy coffee drinkers, meaning they drank more than four cups of coffee a day.

Every extra copy of the bitter taste receptor gene lead to a 20% higher chance of being a heavy coffee drinker.

As caffeine contributes to not only the bitterness of coffee but also its perceived strength and texture, people who are better at detecting caffeine may find coffee more enjoyable and flavourful.

In contrast, people who carried the bitter taste receptors for quinine or PROP drank less coffee and more tea.

Compared to an average person, every extra copy of the quinine or PROP receptor gene was linked with a 9% or 4% higher chance of being a heavy tea drinker (meaning they drank more than 5 cups of tea a day).

When there is a need for caffeine, “super-tasters” of quinine and PROP could choose tea over coffee because they tend to be more sensitive to overall bitterness.

In this study we demonstrated that genes for bitter taste perception are linked with the amount of coffee and tea we drink. 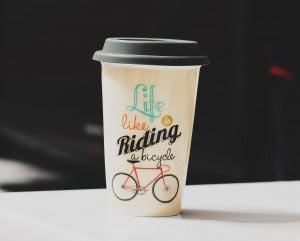 We’re interested to see if this finding could lead to future studies investigating whether “super-tasters” of bitter molecules are more or less prone to drink high and perhaps even unhealthy amounts of coffee and tea, or other drinks containing bitter molecules.

But we can’t blame everything on your genes.

Even if as a child or right now you dislike the bitterness of coffee or tea, you may have noticed that your taste and dietary behaviour change over time as you grow.

So, even if you carried the “wrong” genes in terms of tasting bitter flavours, you could still learn to enjoy deliciously bitter-tasting foods and beverages.

This article is republished from The Conversation under a Creative Commons license. Read the original article

'Why you like coffee, and I choose tea – it’s in the genes' have no comments