Sydney home values were down for a fifth consecutive month, however, the rate of decline has been reducing since values fell nine-tenths of a percent in July.

The September result was down 0.3% which was the smallest drop in values since the pandemic induced downturn commenced.

Since March, Sydney housing values have dropped by only 2.4%, demonstrating some resilience in the face of uncertainty.

Based on the current trend, we may see the Sydney housing market stabilize or even move into positive growth territory over the coming months.

Rental markets haven’t been as resilient, with Sydney rents down 2.8% since March, with most of the downwards pressure coming from the unit sector.

Since March unit rents have dropped by 5% compared with a 1.3% decline in house rents. 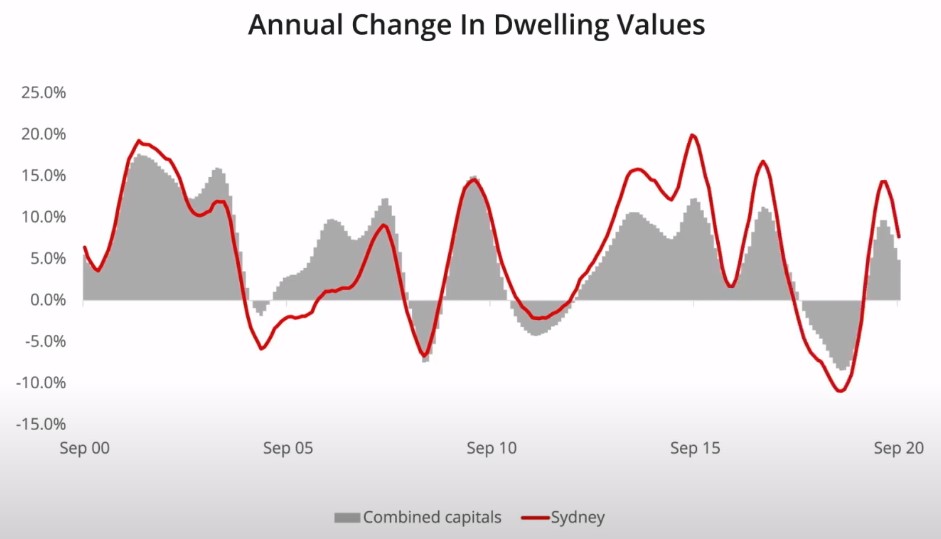