Which values children should be encouraged to learn, by country 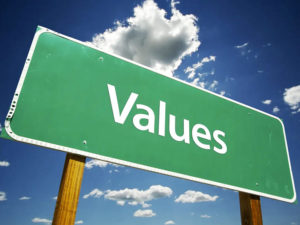 Many of the values we prioritize as adults were instilled in us during our childhood days.

They’re called our formative years for a reason—from when we’re born up until we’re about eight years old, our brains are easily molded and remain highly sensitive to external influences and environments.

But depending on where you grew up, you may have been exposed to different values during your childhood compared to someone from another place.

These visualizations by Anders Sundell illustrate the most important values people think children should learn at home, across more than 80 different countries.

Sundell used data from the World Values Survey, an international survey that interviews hundreds of thousands of participants from across the globe.

Respondents were asked to pick up to five qualities they believe are the most desirable for children to have:

Sundell took the survey data and calculated the proportion of people in each country that selected each quality.

From there, he took the top qualities and created three separate plot graphs to show the contrast between them.

Let’s look at the importance that countries placed on different values, including (1) independence and obedience, (2) unselfishness and religious faith, and (3) hard work and imagination.

Nordic countries value independence greatly and find obedience to be a less important quality to instill in children. 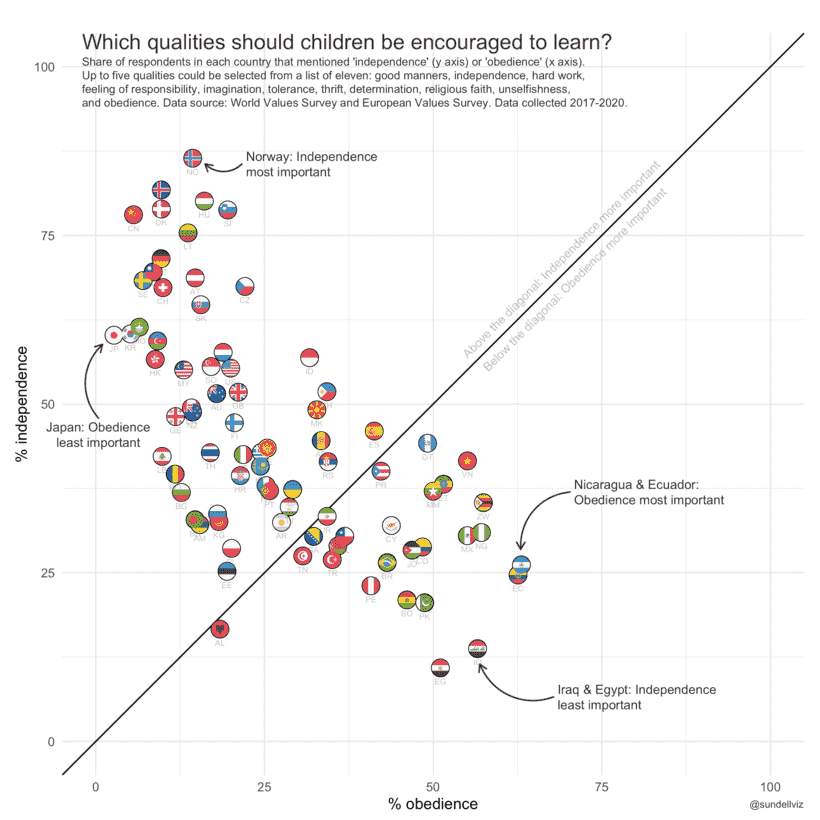 According to Eurostat, the most common age to leave home in Sweden is between 17 and 18—nearly a decade sooner than the average age across the EU (26 years old).

Denmark’s average age to leave home is also below the European average, at 21 years old.

On the other end of the spectrum, countries like Iraq and Egypt believe obedience is much more important for children to learn.

Bangladesh, Egypt, and Jordan all place a strong emphasis on faith and fall on the far right of this graph. 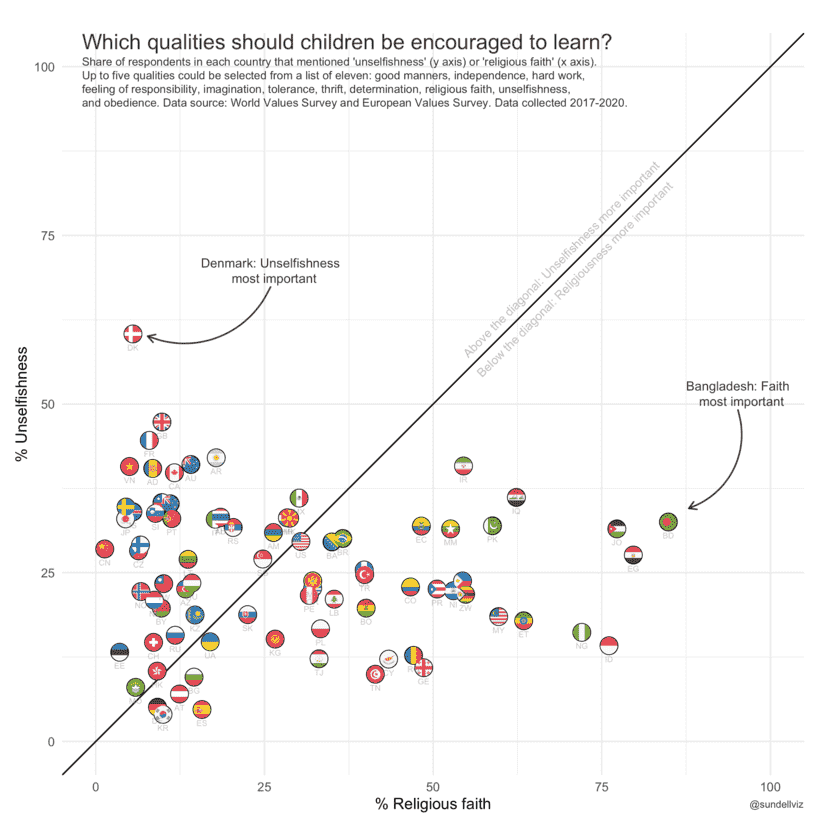 Islam is a strong influence in all three of these countries.

In Bangladesh and Jordan, it’s the official state religion.

And while Egypt is a secular country, a majority of citizens identify as Muslim—about 90% of the population.

Interestingly, places like the U.S. and Hong Kong fall right in the between, placing relatively equal importance on religion and unselfishness. 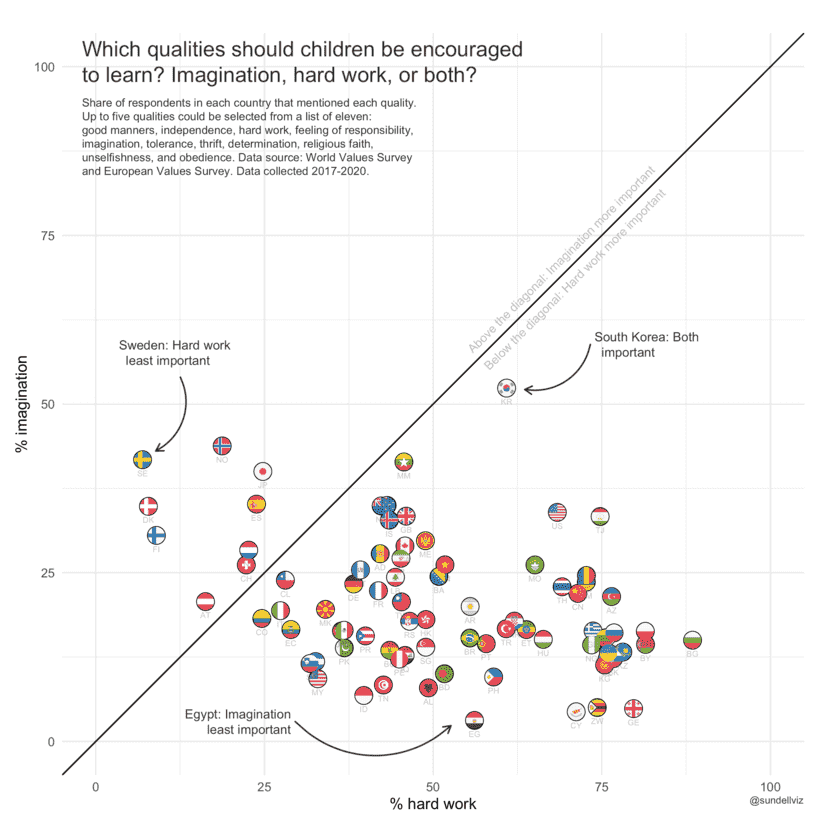 Interestingly, Japan also scored high for imagination, seeing it was a more important value to teach children than hard work.

This is despite the fact that the country has an international reputation for being a hardworking country, where even taking an extended vacation can be frowned upon.

Then again, Japan has a reputation for producing wildly creative works of art that are popular internationally (anime, for instance).

As expected, countries and cultures contain multitudes, and can often seem paradoxical and complex to those who try to codify them.

What qualities do you think are most important, and what countries surprised you with their placements?

It's a shame more value isn't placed on imagination. Even though I'm in an analytical career I've found imagination to be valuable (it's certainly lacking in a lot of people).