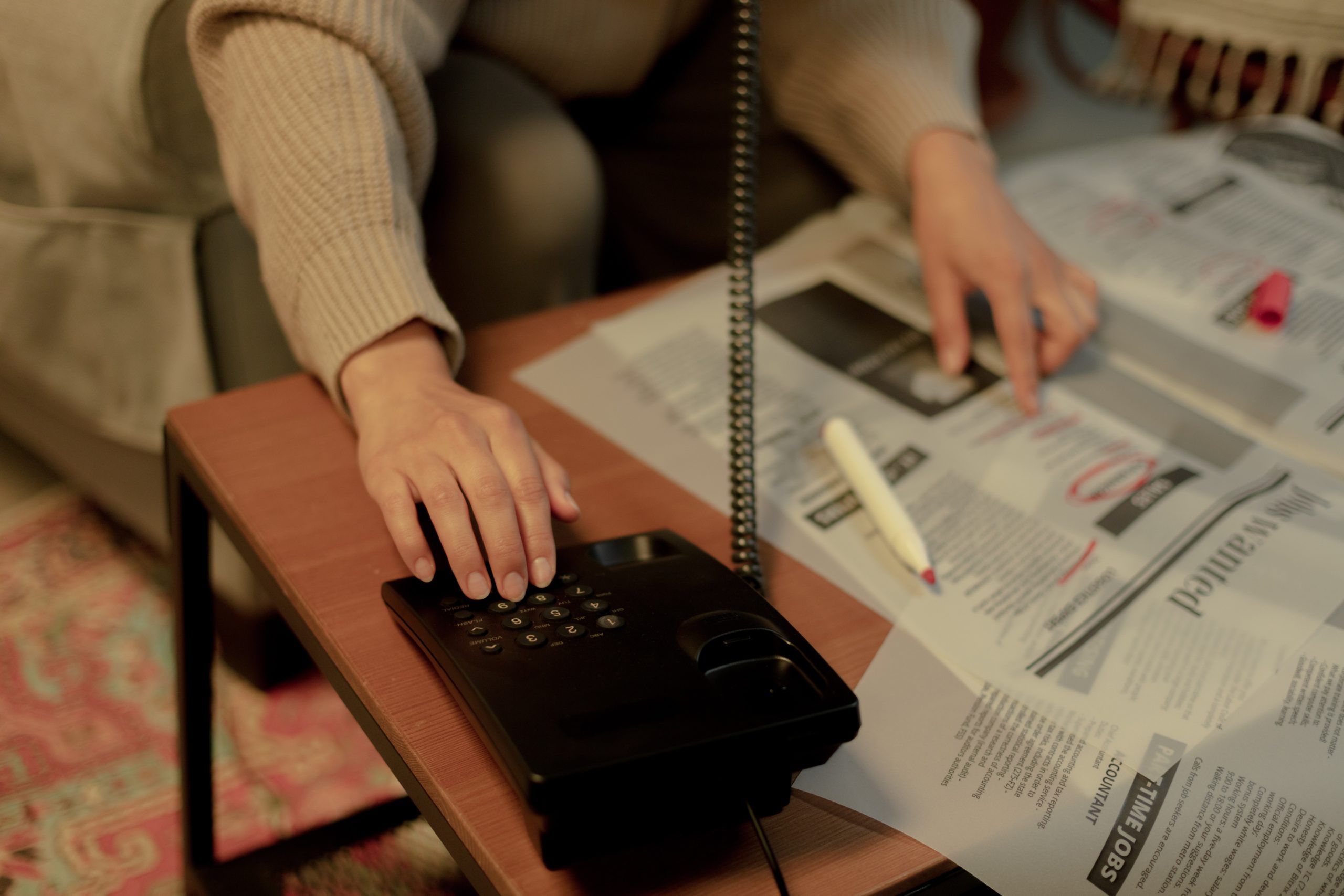 What’s next now that Australia’s unemployment rate is at 3.9%?

Early in the election campaign, on April 14, we learned that Australia’s unemployment rate had slipped below 4% in March, to 3.95% – the lowest rate in 48 years.

But the Coalition was denied the bragging rights that would flow from an unemployment rate beginning with “3” because of a Bureau of Statistics convention of quoting the rate to only one decimal place, which meant the rate was presented as “4.0%”, the same as the month before (when it was actually 4.04%).

Thursday’s figure, for the month of April, has broken the barrier.

Officially 3.9% (and actually 3.85%), it is clearly below 4% for the second consecutive month (because the March figure has been revised downwards to also round to 3.9%).

It means the unemployment rate has decisively broken out of the band of 5-6% it has been in or near for the past two decades and slipped below 4%. 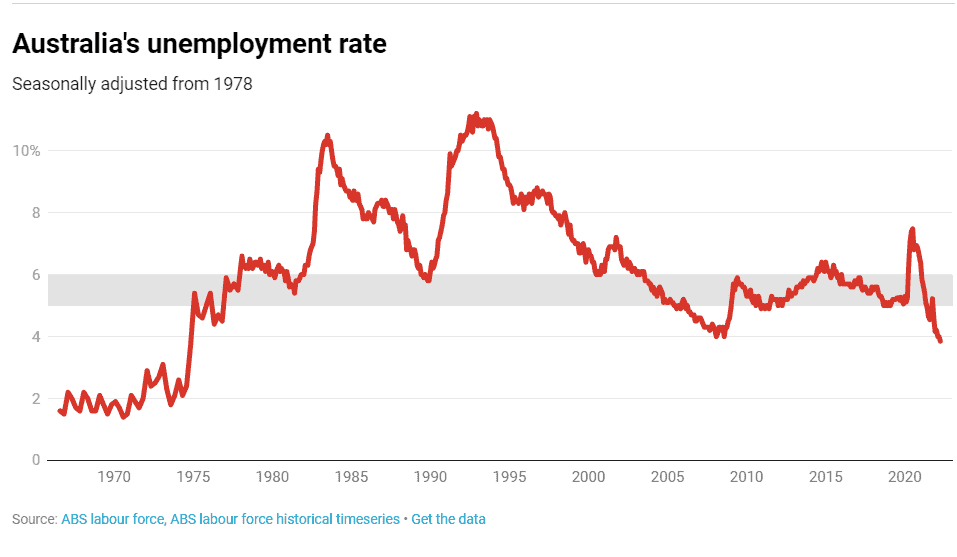 Over the country, the unemployment rate ranges from lows of 2.9% in Western Australia and 3.1% in the Australian Capital Territory to highs of 4.5% in Queensland and South Australia. 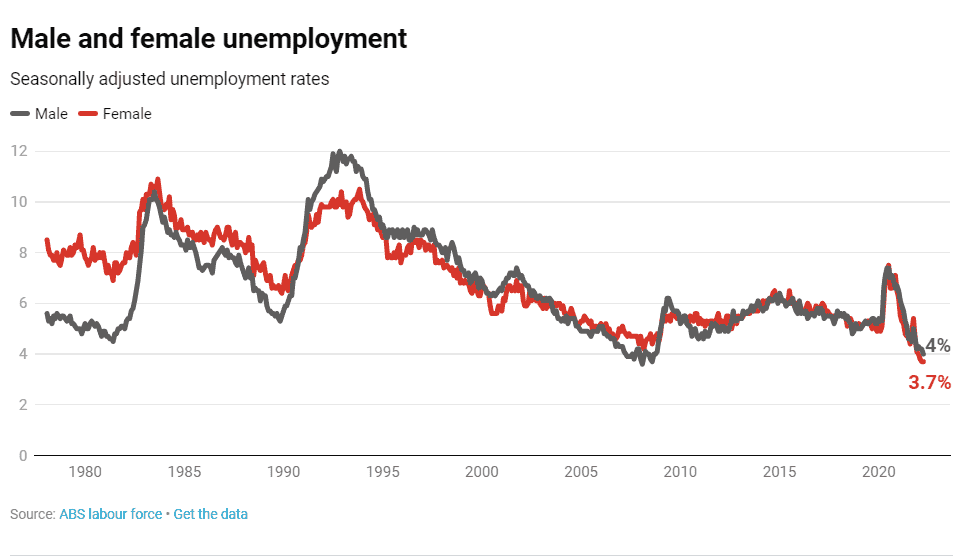 The unemployment rate is below 4% in the United States, the United Kingdom and New Zealand; and below 3% in Japan, Germany and Korea.

But the Bank is modest about its forecasting ability. 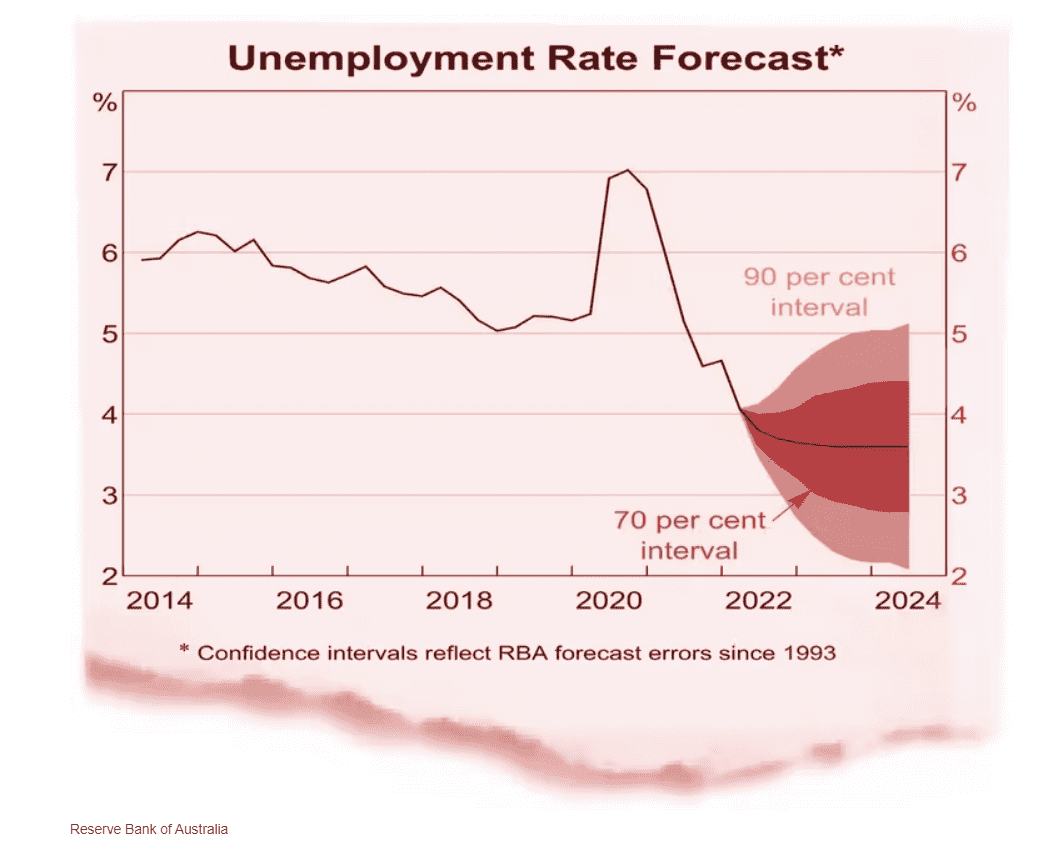 At a press conference to release Labor’s election policy costings hours after the employment numbers were released, Labor treasury spokesman Jim Chalmers held out the prospect of more optimistic forecasts in Labor’s first budget as a result of the net $7.4 billion of extra spending it is proposing.

He said he would work with the Treasury if elected to ensure the dividends of Labor’s investments in childcare, training and energy were reflected in those forecasts.

The improvement is real

Sometimes the unemployment rate can be misleading.

It can fall because people have left their jobs and are too despondent to search for new ones, meaning they are classified as “not in the labour force” rather than unemployed.

And it can fall even though people are less fully employed, working fewer hours than they did (in accordance with an international convention, one hour per week is all that’s needed to be “employed”).

But in these figures, the share of the working-age population in work remains at an all-time high of 63.8%, well above the 62.4% before the COVID crisis and the hundreds of billions of dollars spent in response from March 2020.

The number of hours worked rose in April to a record 1,833 million hours.

Underemployment – the proportion of people working fewer hours than they would like – fell to a fresh 14-year low of 6.1%.

The Reserve Bank says its business liaison programme is giving it a more positive picture, with firms telling it they are having to pay to attract and retain staff.

The Bank is forecasting annual wages growth of 3% by December and 3.5% by December 2023, but it concedes its wage growth forecasts have been overoptimistic in the past, producing higher numbers than eventuated in most of the past ten years. 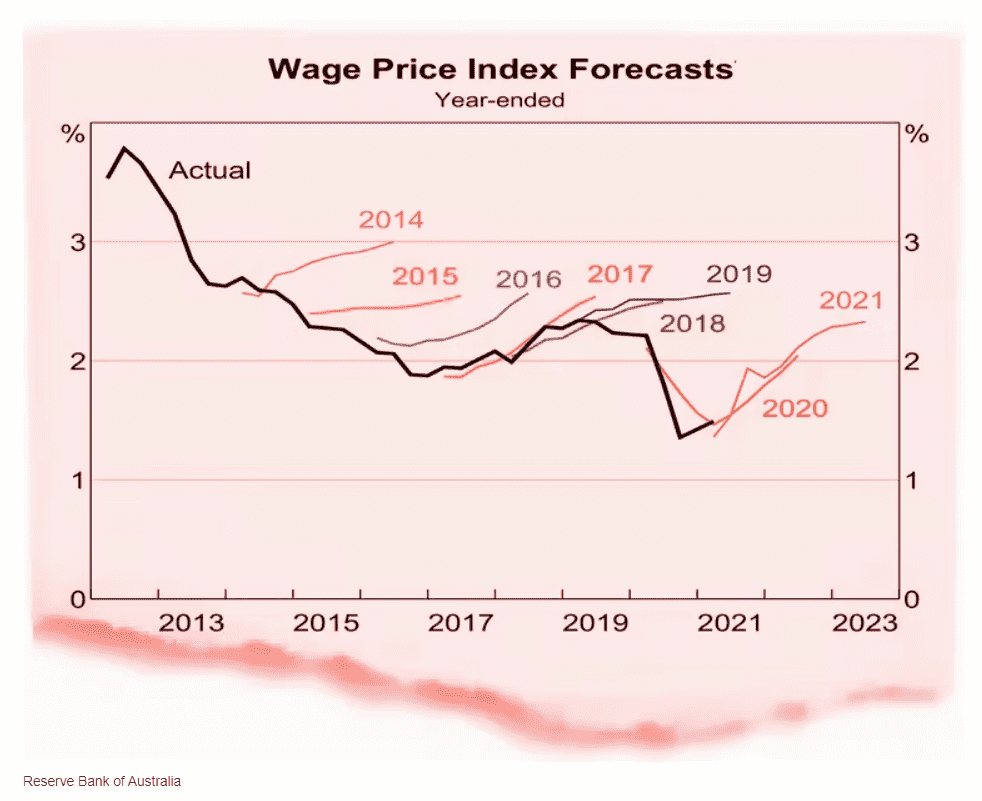 A recent study by two of its economists finds that in the locations where unemployment fell below 4% in the decade before COVID, wages grew the most.

The most immediate impact of Thursday’s very welcome news on unemployment will be confirmed within Reserve Bank HQ that the economy can withstand further increases in interest rates.

The next increase is likely a fortnight after the next government takes office, following the Bank’s June board meeting on Tuesday, June 7.

Only if it gets clear evidence that wages aren’t climbing as it expects is it likely to consider changing course.