There’s been a lot of mouthing off about how hard it is for 1st home buyers (FHB) to get into the market.

I think I know what one of the problems might be.

And if I’m right, the solution is quite simple.

It doesn’t make sense to me.

Has something radical happened to the way in which we live or to our economy? 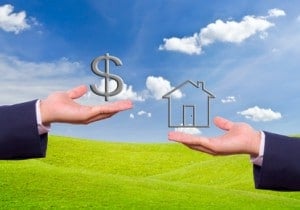 I know there have been changes. But many of those are cyclical.

I see all the usual cycles. But what permanent or ever growing problem is making it increasingly difficult for FHBs?

House prices are ever increasing, but so are wages.

Have wages not kept pace?

Recent data might suggest house prices may have skipped ahead of wages in some areas, but overall not alarmingly.

And countering that, interest rates are very low, making mortgages cheaper to service.

But still FHBs are not as prevalent in the market as we’d expect, even considering the Australian Bureau of Statistics inaccurate reporting.

And still people are complaining about affordability reaching crisis levels. So surely there is a problem.

Some have suggested the next generation simply isn’t interested in owning, they’d prefer the freedom of not having a mortgage and this might explain why participation by FHBs is low.

I can understand a low income earner having difficulty.

I can understand it is difficult to get an above average home on a below average income.

But the solution is to buy in below average areas.

Is there something the government needs to address if we can’t all live in Point Piper, Peppermint Grove or Toorak?

I can understand if someone has a gambling, alcohol or drug problem.

It would be very hard to save a deposit with that kind of problem.

But the solution in that case has nothing to do with land release, interest rates, taxes or grants.

Why is it nearing “impossible”?

Why is it a different problem to what previous generations battled with?

Could it be the absence of a lost discipline, that of “deferred gratification”?

And they can have a lot of it if they simply use credit.

So they get a phone on a plan, not pre-paid.

They buy clothes on store credit.

They take a holiday with friends on borrowed money.

They buy a car with finance.

Modern generations have been exposed to credit at a younger age.

They’ve used credit to acquire “liabilities” rather than use savings because they can have it now.

The book “Rich Dad, Poor Dad” defined liabilities as something that would generate expenses and depreciate in value.

How quickly do the following items depreciate in value?

When you’re accustomed to having everything now, saving seems abnormal.

And when you have acquired so many liabilities using credit, saving gets very difficult because of all the interest being paid.

That makes saving even harder and therefore even weirder.

What is an asset?

An “asset” in the “Rich Dad, Poor Dad” definition is something that generates income and appreciates in value. 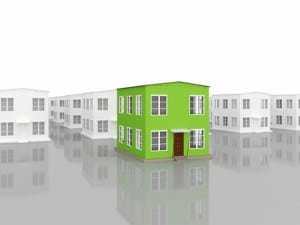 When the time comes to buy their first asset, a property, FHBs may not have the deposit or cash-flow.

It’s ironic that the only time they could buy something where the use of credit makes sense is their first home and they can’t afford it.

And if it seems too hard, that’s probably because they’re not accustomed to what “hard” actually is since they’ve always had everything now.

They simply grew up in an era we didn’t know how to educate them about.

Tinkering with the system via handouts, like first home owner grants and early access to super is unlikely to solve the problem.

What we need to do is:

'I want cake now!' have 2 comments