Figures released by SQM Research this week have revealed that the number of residential vacancies nationally has fallen during February, recording a vacancy rate of 2.3%, and 70,161 vacancies.

Melbourne recorded the largest monthly fall, with vacancies falling 0.5 percentage points over the month of February.

Brisbane, Canberra, Sydney and Darwin also experience monthly falls, with percentage points down 0.2% over the month of February.

February results for Hobart reveal the tightest rental market recording a vacancy rate of just 0.9% based on just 239 vacancies.

Notably, according to SQM Research, Perth has recorded ongoing falls in asking rents of 10.5% for houses and 9.1% for units over the past 12 months. 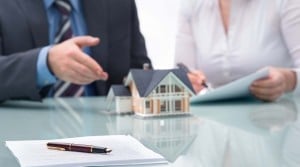 Yearly falls have also been recorded in Darwin, with asking rents down 10.3% for houses and a considerable 11.2% for units.

Hobart continues to record the most affordable rental accommodation with rents for houses at just $337 a week, while units on average rent for $286 aweek.

Overall, there was a noticeable fall in vacancies for the month driven by Melbourne and Sydney.

However, year on year vacancies are still edging up for the country and we think this will still be the trend going forward.

The cities and townships most exposed to the commodities downturn are causing this yearly rise.

On the flip side Melbourne, Hobart and Canberra are all recording downward trends in vacancies now and this is resulting in upward pressure in rents for these three cities. 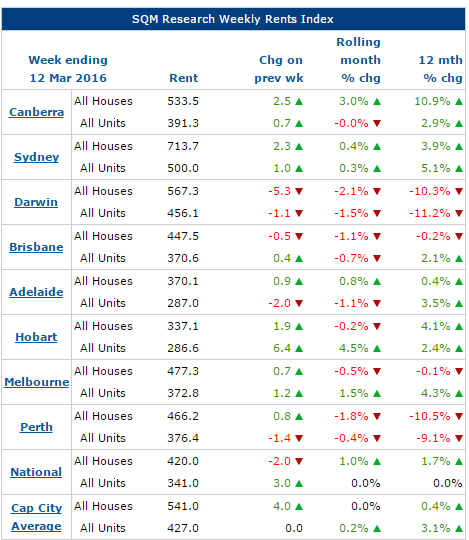 'Vacancy rates falling, but so are rents in some areas' have 2 comments