I was talking with an old client recently about things he was not doing in his business. 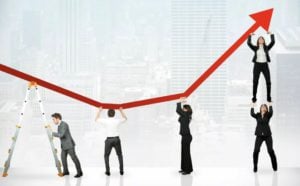 He was saying that sales had dropped off substantially and he thought it was largely because he was not spending enough time “in the trenches” with the sales team.

“Every time I stop working on the sales floor things drop off,” and “It just goes to show that me moving out of working in the business leads to disaster,” were the types of comments I was hearing.

Let me back up a little and talk about a conversation I had earlier that same day with a current client.

We were conducting a Skype coaching session and I asked him if he felt he was in the right mindset to move to growing the business.

“Growing it?” he asked, “That’s what got me into a horrible mess last time I tried it.”

So what is the connection?

Well, these two successful business operators, many thousands of kilometres apart and in vastly different industries were holding themselves back with very clearly limiting thoughts.

In addition, they were viewing things from a disconnected viewpoint.

I will come back to that shortly. 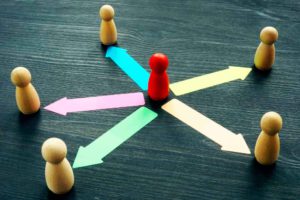 In each case the limiting thought was that any attempts to delegate key roles in their business to anyone else were bound to lead to disaster.

I talk of this often when we look at the art of delegation in our Business Accelerator Mastermind.

One of the greatest impediments to delegation is the myth that nobody can do the job as well as you.

Where these two business owners were going wrong was by making a connection between disaster in their business and the fact that they had stepped away from the day-to-day running or had tried to take steps to grow the business.

The mere fact that those two events had occurred simultaneously with a decline in their business fortunes led to a monocular view.

To use an old cliché, it is a bit like throwing the baby out with the bathwater.

They failed to consider that it was in fact not the single act of either stepping away or taking steps toward growth but the more complex fact that the way they had undertaken each of those actions was fundamentally flawed.

In the first case it was not the moving away from the sales floor which led to a downfall in the business but rather a lack of planning.

A person with team leadership abilities needed to be employed or promoted to fill a leadership role within the sales group.

A clear process for measuring performance and success needed to be put into place alongside a solid reporting protocol to enable the business owner to be fully informed about activity and results without having to actually be on the sales floor.

In the second case it was not the attempts at growth which brought disaster but rather the fact that the attempts were made in an ad hoc way without the benefit of a strategic plan.

Here the business owner had sought to grow the business without putting strategic thinking into the impact of that growth.

As a result, when the growth came (proof that the business was actually capable of achieving growth) the business floundered.

There was a failure to understand the milestones which would be reached at each stage of the growth process and the impact that each stage would have on the infrastructure of the business and the internal resources.

What are the lessons from these two stories?

Firstly, you need to plan.

Growth in your business may come unexpectedly or it may be a product of a structured strategy. 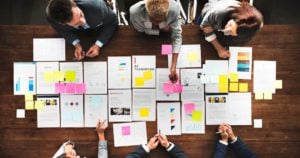 Either way its long term success will depend on the level of your planning.

When growth comes, what effect will that have on your people, your cash resources, and your fixed overheads, such as equipment or physical space?

Examining the “what if?” factor will propel you forward and allow you to cater for most outcomes.

Ask yourself, “If my growth ideas succeed what will be the outcome and how will I prepare for it?”

It gets back to the old saying that ‘a failure to plan is a plan to fail’.

Secondly, you need to allow for growth in your people

Prepare for the next level or layer of management and that will allow you to start working on your business rather than in it. 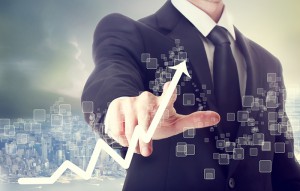 When using that method make sure you have clear processes for measuring performance and a tight reporting process in place so that you can be aware of what is happening and adjust accordingly without having to physically do most of the work yourself.

In other words, you have to become the CEO of your business, no matter what size it is right now.

Thinking like a CEO will help you to better plan, prepare, delegate and grow. 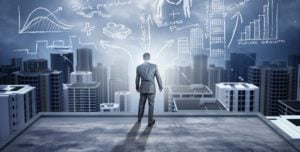 'Turning Wrong Into Right in Two Steps' have 1 comment