The debate over Sydney’s property price bubble (Yes there is! No there isn’t!) sits smack bang in the middle of one of the most fascinating economic questions of our time: how risky is sudden asset price inflation?

And if the risk is judged to be high, what if anything are policymakers to do about it?

In the 24/7 world of US and European bond markets, traders’ Bloomberg screens have bleated dire warnings since bond yields went negative last year for the first time in modern economic history.

In China, speculators watch equity markets in Shanghai and Shenzhen that have risen more than 150% in the past 12 months.

And in Australia, Australian_property_bubble is its own Wikipedia page.

As my former boss Saul Eslake pointed out last week in the Sydney Morning Herald, to use the term bubble in relation to asset prices is “emotionally laden”.

It has no definition in the academic literature, other than a generalised notion of a sudden and upward acceleration in asset price movements that poses the risk of a violent crash.

Alan Greenspan’s famous term “irrational exuberance,” was another expression of emotion. Bubbles – the endgame of a bull market – are not as well defined as a bear market, which generally refers to a 20% or more fall in equity prices, or an economic recession, which is two consecutive quarters of negative GDP growth.

What is a bubble and other tricky definitions 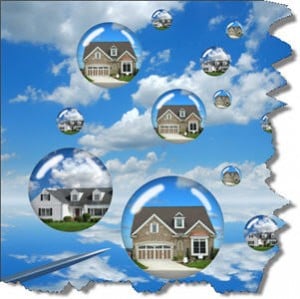 One of the big challenges in defining a bubble is in establishing its start.

Sydney property prices are a case in point.

In 2014, the ABS residential property price index for Sydney indicated a 14.7% rise for the year.

That’s strong growth, and was at least double the rate of growth seen in other capital cities.

But extend the starting point back five years, and Sydney’s property prices have increased by 39%, roughly on par with Canberra (36%) and Melbourne (35%).

So are Sydney property prices in bubble territory, or are they just catching up after a period of flat-to-negative growth in the early 2000s?

What of other factors such as the underlying dynamics of supply and demand, housing density, urban planning and land value?

When policymakers are staring in the face a potential bubble, their real concern is the underlying drivers of that sudden, rapid surge. Is the bubble a symptom of systemic risk?

Growth in credit and foreign investors

The first is the very rapid growth in credit being used for property investment; that is, the expansion of leverage.

The second is increasing foreign investment that is reportedly flowing into the Sydney property market, purportedly from China.

These are, however, two very different risk stories.

Of the two, leverage is far more pernicious.

Excessive household leverage in particular walks down a well-worn path toward financial instability – as the global financial crisis amply reminded us – where it can take years for families to repair their balance sheets after a hit. 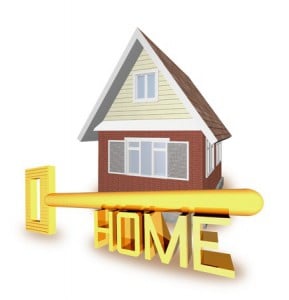 “Buyer beware” is a theoretically correct construct, but not a particularly practical one should a government have to face down armies of homeowners sinking under negative equity.

Rising capital inflows hold much less risk, particularly in an Australian context. A sufficient magnitude of outflows would dampen market prices, potentially cause the Australian dollar to weaken somewhat and ultimately require some current account adjustment.

One could argue that this outcome may be an upside risk for growth, not a downside one.

Reserve Bank of Australia governor Glenn Stevens’ comments  in Brisbane make it clear that his focus is square on the risk of leverage.

He notes pointedly that Australian households already have a high debt burden taken on in the years leading up to the 2008 financial crisis; the point of the speech was a plea was for government to shoulder the burden by getting on with a boost in useful (non-mining) infrastructure investment while cheap finance is so plentiful.

Should Stevens’ concerns on household indebtedness move from words to action, the policy response would be to temper leverage.

The most targeted and effective approach is to make borrowing more expensive through more stringent customer debt-to-income tests.

The RBA and Australian Prudential Regulation Authority (APRA) could also reduce the allowable maximum loan-to-valuation ratios (LVRs) thereby requiring higher deposits – following the example of the Reserve Bank of New Zealand – or, in a nod to recommendations in the Financial Services Inquiry, increase the Big Four banks’ risk weights on capital held against mortgage loans.

These types of measures are often called “macroprudential”– that is, regulations applied to maintain financial system stability by directly addressing perceived underlying risks.

Macroprudential regulation is a term that has come back into vogue in the post-GFC world. In reality, the concepts are not new.

As Luci Ellis and Paul Woolley pointed out in an RBA paper back in 2012, a macroprudential policy stance is more a state of mind around monitoring and acting on systemic risks rather than a specific set of policy measures or tools.

A second course of action would be for the federal or state government to shift market dynamics through tax incentives. 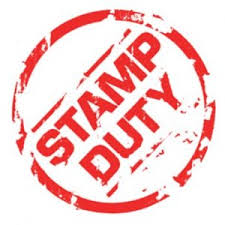 So could shifting the pension asset test to increase the incentive to downsize from the family home once it is no longer needed.

Introducing greater capital gains tax on properties sold within a short period or reducing the benefits of negative gearing would go a long way toward discouraging investor-driven acquisitions, while imposing new levies on purchases by non-residents could dampen capital inflows.

The problem with changing property-related tax policies for residents is twofold; not everyone will be happy, and the need for gradual introduction to allow for adjustment means impacts may be slow.

An additional issue with trying to limit property purchases by non-residents through tax is that its target is a great unknown.

As will be discussed in depth in a paper released by the Australian Centre for Financial Studies and Finsia this week, there continues to be a remarkable lack of comprehensive and reliable data on both the source and ultimate destination of foreign investment into Australia, and particularly into the residential and commercial property market.

With such thin evidence as to both the total size and the source of these anecdotal flows, policymakers are shooting in the dark.

Beyond this, it cannot be guaranteed that raising borrowing costs and shifting tax incentives would deflate a perceived property bubble.

Hong Kong and Singapore have both tried it, and arguably failed.

The impact on Hong Kong has been negligible.

Despite concerns of market disruption in 2010, property prices continued to climb and hit an all-time high last year. Singapore did see its property prices flatten in 2013, then fall by 4% in 2014.

However, there has also been a significant decline in the volume of both existing and new home sales according to the Urban Redevelopment Authority, suggesting that these measures may not have had the desired impact of increasing housing affordability or supply.

And although prices have not increased, they remain high relative to Singapore household income.

Amy Auster is Deputy Director at Australian Centre for Financial Studies. This article was originally published on The Conversation. Read the original article.

You may also be interested in reading: The Smart Investor’s Guide to the Australian Property Bubble.