These are the world’s happiest countries

What makes a happy country?

Is it their economy? Health system? Employment rates?

Recently the World Economic Forum released the World Happiness Report and Nordic countries took four out of the five top spots as they are well known to be stable, safe and socially progressive and there is very little corruption, and the police and politicians are trusted.

Australia came in at 10th spot, being being beaten by New Zealand at #8

Some of the world’s richest nations, including the US and Japan, are found much further down the list.

The disparity between wealth and happiness has caused policymakers to broaden their scope and look for other indicators to assess the health of nations, rather than just measuring economic success through GDP.

But happiness – or well-being – is subjective and notoriously difficult to quantify.

This Happiness Report is based on international surveys in which thousands of respondents were asked to imagine a ladder with steps numbered 0 to 10 and say where they felt they stood. 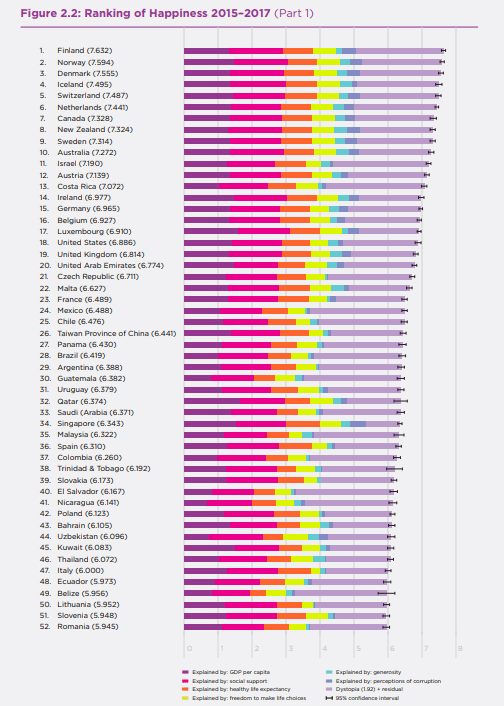 Moving to a happy country can make us happier

I found another aspect of the report intersting.

If you move countries- to the right country - you are  likely to become happier. 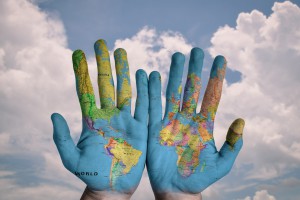 It found that the happiness of a country’s immigrants is almost identical to that of the wider population, and the people adjust to the average happiness level of the country they move to.

This suggests that happiness is less about cultural norms and attitudes, and heavily influenced instead by surroundings and the quality of life that a country can offer.