Are you a coffee lover?

I remember taking a trip to Brazil and on one of the tours we took a drive through the coffee plantation, the tour guide said ‘this is where espresso was originated’.

Little did he know that on the tour was a couple from Italy, who had a few words of argument about that statement.

Do you know the answer?

How well do you really know your coffee?

Recently a quiz was posted on espressocoffeeguide.com testing some of the commonly knows coffee trivia, and some that may leave you stumbling.

1. How did the term cappuccino originate?

2. About how many espresso beans are required to make one espresso?

Answer: B. It takes about 42 espresso coffee beans to produce a single shot of espresso.

3. About how many coffee beans does it take to produce one pound of roasted coffee?

Answer: D. About 4,000 coffee beans are required to produce one pound of roasted coffee.

4. About how many coffee beans are in one 132-pound sack of coffee?

5. How long does it take for a coffee tree to reach maturity? 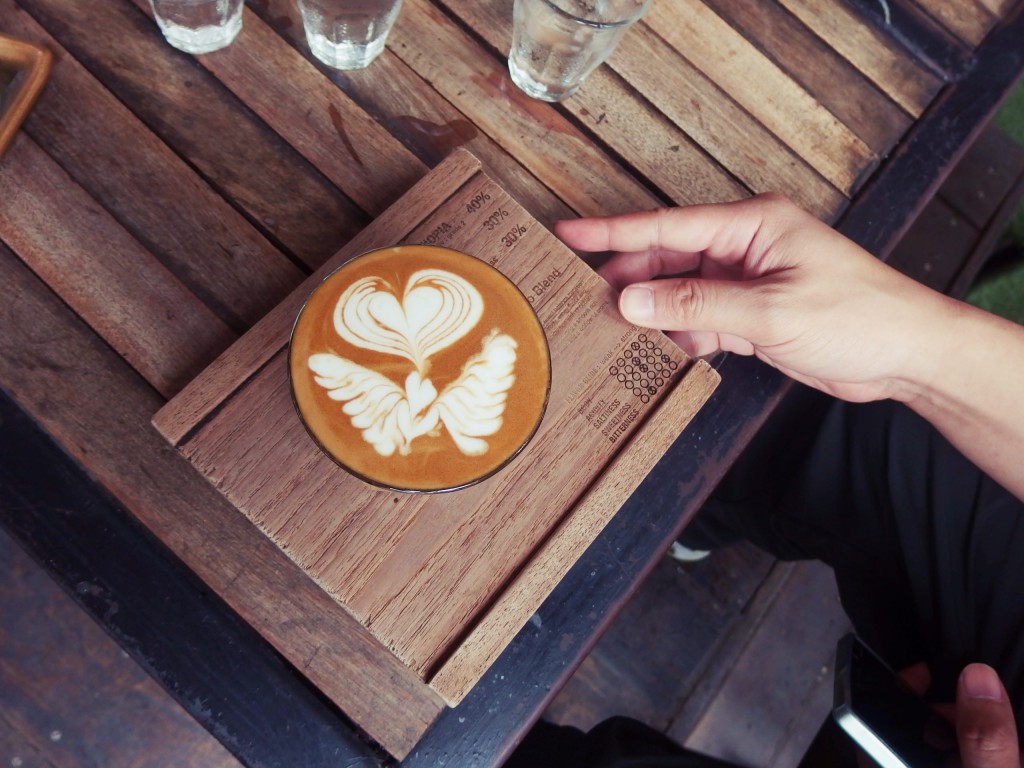 6. How many pounds of coffee beans will a typical coffee tree produce in an annual crop?

Answer: D. A coffee plant typically yields about one pound of coffee each year.

7. How long will a coffee plant typically produce coffee if it is well cared for?

Answer: C. Both Arabica and Robusta coffee plants will produce coffee beans for more than 25 years if they are well taken care of.

8. How many cups of coffee are consumed each year in the world?

Answer: D. About 400 billion cups of coffee are consumed each year.

9. How many cups of coffee are consumed each day in the United States?

Answer: A. The U.S. population consumes about 400 million cups of coffee each day, making it the world’s largest coffee consumer.

10. The United States consumes about what percentage of the world’s coffee?

Answer: D. The United States consumes about one fifth of the world’s coffee. 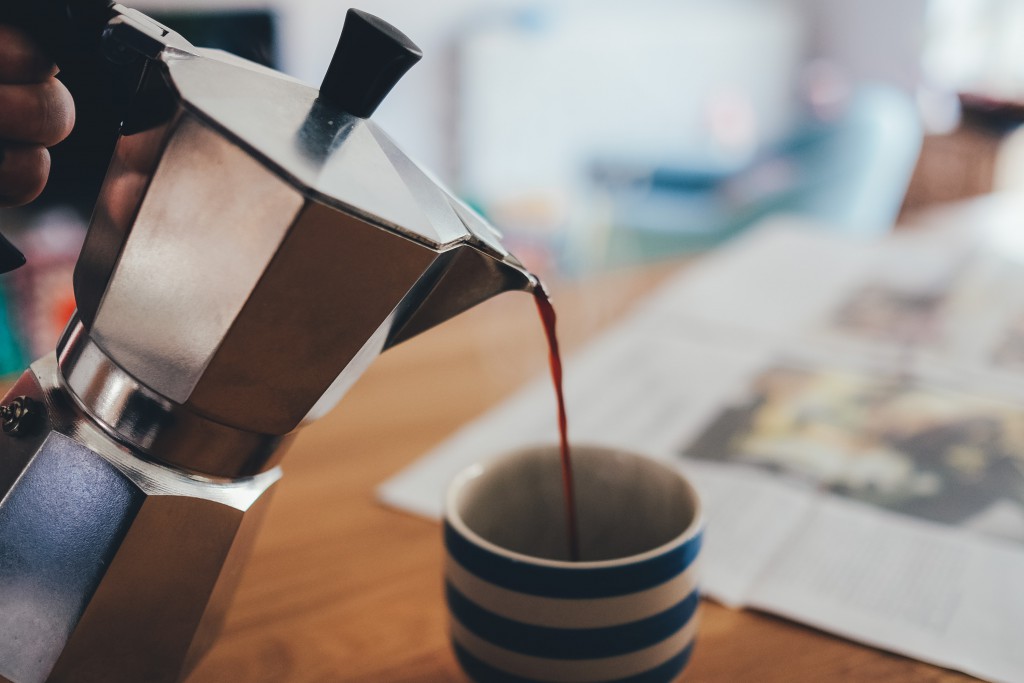 11. The average United States adult drinks about how many cups of coffee each year?

12. About what percentage of United States adults begin their day with a cup of coffee?

Answer: C. About half of United States adults wake up to a cup of coffee.

Answer: A. The term Cup of Joe was coined after Admiral Josephus “Joe” Daniels prohibited alcohol aboard Navy ships and so the men began drinking coffee instead, which they nicknamed Cup of Joe in honor of their Admiral whose actions led to their choice of beverage.

14. Which European country consumes the most coffee?

Answer: D. Finland is the top coffee consumer per capita.

15. How many coffee cherry (fruit) are required to produce one pound of roasted coffee?

Answer: C. It takes about 4,000 coffee beans to make one pound of roasted Arabica Coffee, and since there are two beans in each cherry it takes 2,000 cherry (or 1,000 peaberry fruits). 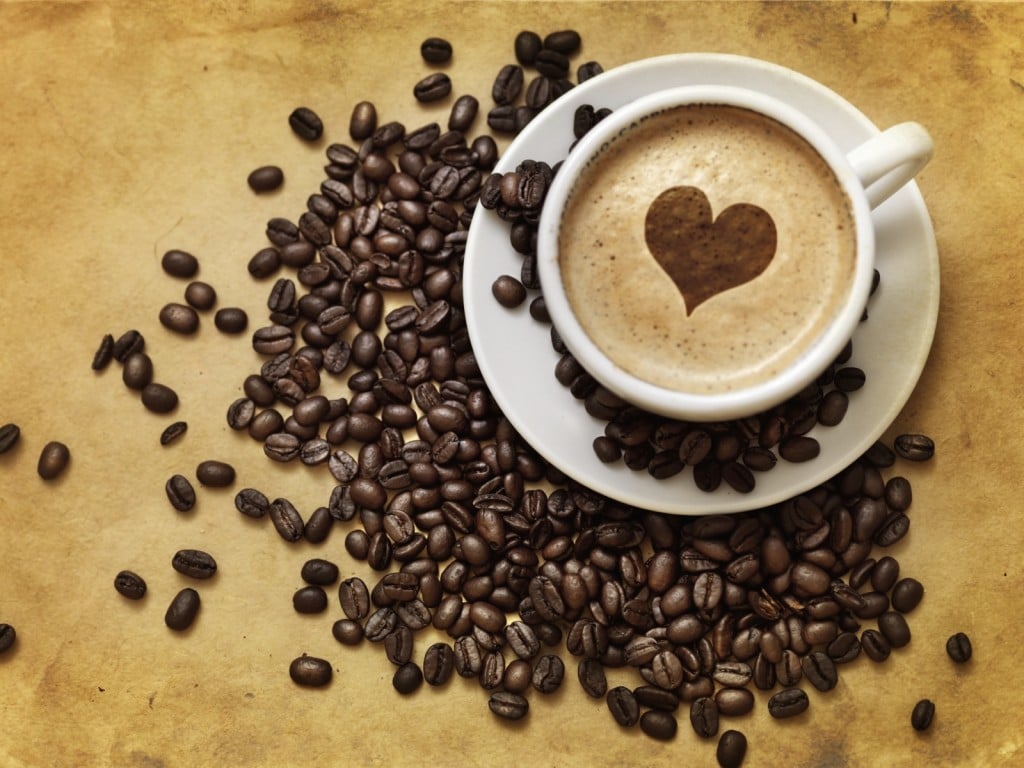 16. What is the caffeine limit in an athlete’s bloodstream in the Olympics, beyond which the athlete will be banned from competing?

Answer: B. It takes about 5 cups of coffee to reach the 12 microgram level.

Answer: A. Cowboys, in the old days, were known to brew their coffee by putting some into a sock and then putting it in cold water and heating it over a campfire, then pouring it into their tin cup.

18. About what percentage of all coffee consumed is instant coffee?

Answer: D. Just over one tenth of all coffee consumed is instant coffee.

19. What percentage of coffee drinkers prefer their coffee black?

Answer: B. About 40% of all coffee drinkers like it black.

20. What percentage of United States coffee drinkers add sweetener to their coffee?

Answer: C. About one third of United States coffee drinkers add sweetener to their coffee. 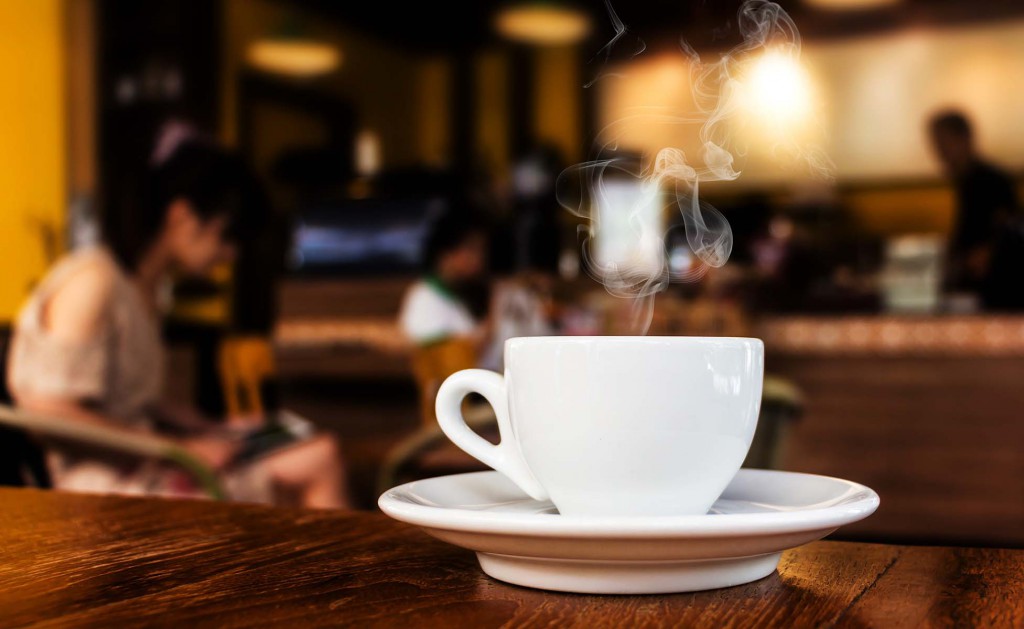 21. What percentage of United States coffee drinkers brew their coffee at home?

Answer: D. About three-fourths of all United States coffee drinkers brew their coffee at home.

22. What percentage of coffee drinking in the United States occurs at breakfast time?

Answer: C. About one-third of all coffee drinking in the United States occurs at breakfast time.

Answer: B. An acre of coffee plants typically produces about 10,000 coffee cherry. During processing these cherry will be reduced to about one ton of hulled and milled coffee beans.

24. About how many coffee plants are there in Brazil?

25. About how many coffee trade workers are there in Brazil?

Answer: D. There are about 5 million coffee trade workers in Brazil. 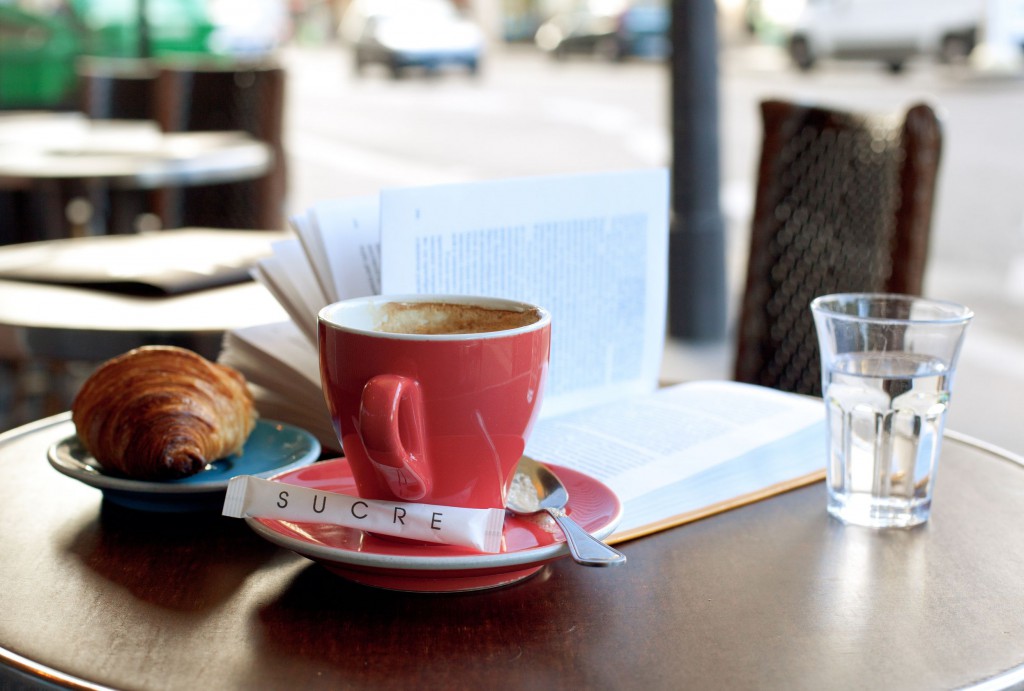 26. About how much coffee is grown in Brazil each year?

Answer: C. About one third of one billion pounds are grown in Brazil each year.

27. What percentage of coffee is grown in the Americas?

Answer: D. About two-thirds of all coffee is grown in the Americas. Brazil alone grows about one third of all coffee.

28. What is the total number of coffee trade workers worldwide?

Answer: D. There are about 25 million coffee trade workers worldwide.

29. What day in Japan is known as the official Coffee Day?

30. What year did canned coffee become very popular in Japan?

Answer: A. Iced coffee has been very popular in Japan since 1945. 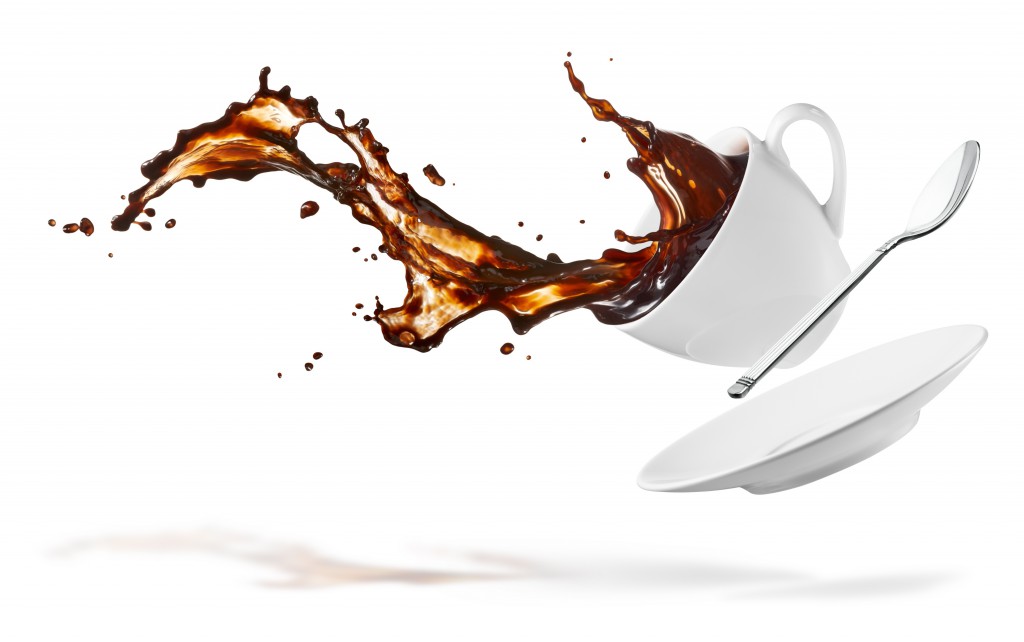 31. What is the term commonly used to describe the fragrant white blossoms on Kona coffee plants?

Answer: C. Known as Kona Snow, the highly aromatic blossoms of the Kona coffee plants produce a scent described as between jasmine and orange.

Answer: B. The trend toward flavored coffees began in the United States in the 1970s. Most flavored coffees are made by roasting coffee beans and then partially cooling them, adding the flavors while the bean’s pores are still open (at about 100 degrees Fahrenheit) for maximum absorption.

33. What material is typically used to make coffee sacks?

Answer: C. Most coffee sacks are made from hemp.

34. While wine is said to have about 400 distinct flavor characteristics, how many does coffee exhibit?

Answer: D. Coffee has 800 distinct flavor characteristics, and these are largely affected by the plant’s genetics (e.g., botanical cultivar) as well as the soil quality and drainage, climate, altitude, and harvesting, processing, and coffee roasting methods.

35. About how many milligrams of caffeine is the human body capable of absorbing?

Answer: C. Human bodies may absorb, at most, about 300 milligrams of caffeine. 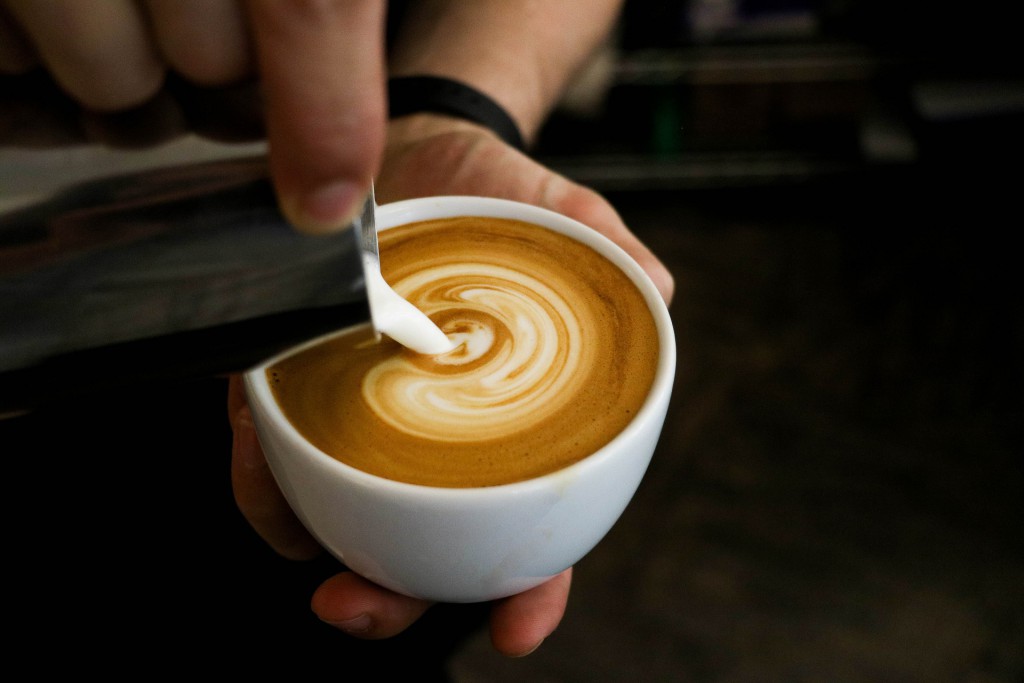 36. After a human ingests caffeine, about what percentage of that caffeine will dissipate from the body each hour?

Answer: B. The human body dissipates about 20% of its caffeine each hour.

37. How many milligrams of coffee are in a typical cup of coffee?

Answer: D. A typical cup of coffee contains about 150 milligrams of caffeine.

38. What is considered a lethal dose of caffeine?

Answer: C. 10 grams of caffeine is considered lethal to humans.

39. About what percentage of espresso is fat?

Answer: B. Espresso consists of about 2.5% fat.

40. About what percent of drip-filter coffee is fat?

Answer: A. Drip-filter coffee consists of about .6% fat. 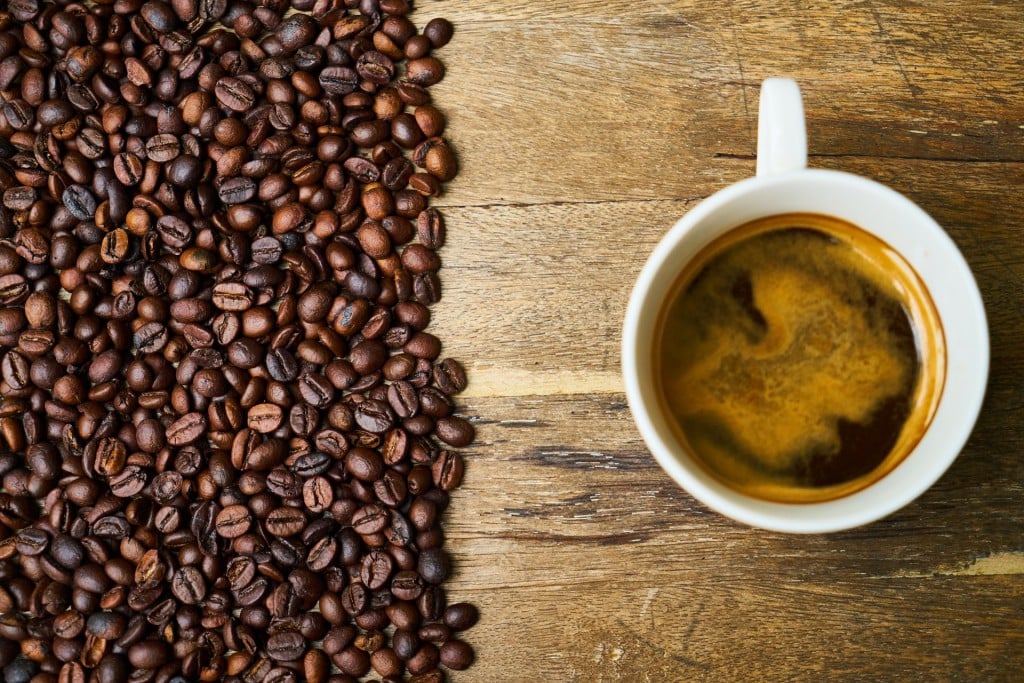 41. About how many pounds of coffee are imported into the United States each year?

Answer: B. About 2.5 million pounds of coffee are imported into the United States annually.

42. Worldwide, about how many ships are being used to transport coffee?

Answer: A. More than 2,300 ships are being used to transport coffee worldwide.

43. About how many pounds of coffee were produced worldwide in 2007?

Answer: D. About 16 billion pounds of coffee were produced worldwide in 2007. Most of this coffee was hand-picked.

44. About how much money (measured in American dollars) was generated by the coffee industry in 2007 worldwide?

45. About how much money, measured in American dollars, was generated in 2007 by the premium gourmet (specialty) coffee industry?

Answer: B. The specialty coffee industry generates about $2 billion annually, and this number appears to be growing. 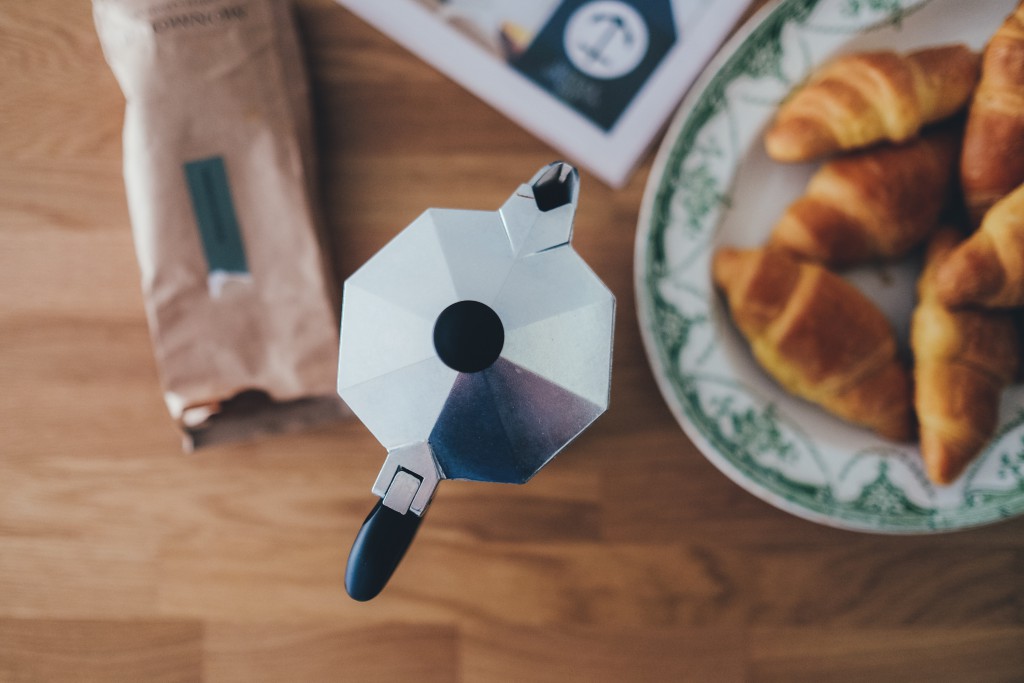 46. What year was hot air first used to roast coffee?

Answer: A. Using hot air to roast coffee by heating up a roasting chamber (with natural gas as the fuel) was first done in 1885. Today it remains the preferred method of coffee roasting.

47. Where does the word espresso come from?

Answer: B. Espresso comes from its Latin root meaning “under pressure.”

48. How many plants naturally contain caffeine in either their fruits, seeds, or leaves?

Answer: C. More than 63 plants contain caffeine in either the seeds, fruits, or leaves. Caffeine was first isolated from coffee plants in 1820.

49. What are coffee shops called in Japan?

Answer: C. Coffee shops in Japan are known as Kissaten. Tokyo has more than 10,000 coffee cafes and also thousands of coffee vending machines.

50. What is the total estimated coffee production in 2010?

Answer: B. Coffee production in 2010 is estimated to be 7 million tons. 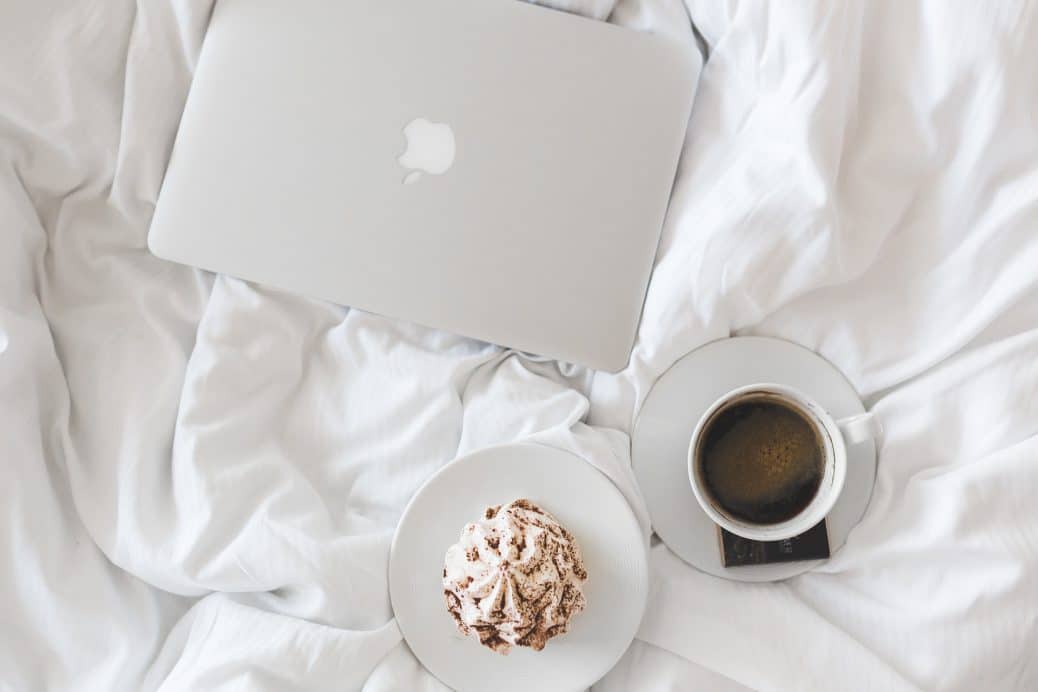 51. How many coffee trees are growing in Brazil?

52. What country drinks the most coffee per person?

Answer: C. Germany tops the world in coffee consumption with 16 pounds consumed per person per year.

53. How many cups of coffee do United States residents drink on average each day?

This article was originally published on: espressocoffeeguide.com

'The ultimate coffee quiz – will you pass?' have no comments