Geoffrey James writes that every formula for success that’s ever written boils down to these seven steps which he outlines in his article in Inc.com.

As I looked through his list I could see how it was also relevant to success in property investment.

So let’s look at what he has to say:

Every journey has a starting place.

With the journey towards success, it’s an understanding of yourself, the resources you have available, and the realities of the world around you.

Without this, any action you take will be meaningless.

Every journey has a goal, too.

Nobody defines success in exactly the same way, so your destination must be specific to you.

The more specific the goal, the easier it will be to get there, which is why goal-setting is so essential.

Everyone needs a plan, so spend the time to create one.

However, the trick with success plans is to remember that they’re always tentative and subject to change.

Use whatever role models and methods you like, but don’t cast anything in concrete.

4. Take massive action based on that plan

Most people with a plan don’t take enough action.

A few tentative steps aren’t going to let you discover whether your plan is working or not.

Do 10 things when most people would be satisfied with one or two.

You’ve got to totally blitz this sucker.

5. Observe whether you’re closer to B

This is difficult for most people because once they’ve put some effort into a plan, they desperately want to see the results they hope for.

They even see such results when they’re not actually there.

So take a hard, objective look. 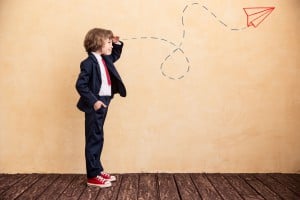 Get outside help if you need it.

6. If the plan is working, double down on Step 4

If you can prove to yourself (and to an objective observer) that the actions based upon your plan are truly getting you from A to B, then you should redouble your efforts.

Don’t forget, though, to do Step five afterwards.

The reason you took massive action is that you can’t fool yourself into thinking that the problem was that you didn’t really try. 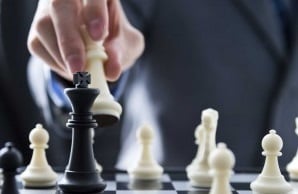 You can now go back and build another plan, armed with the valuable knowledge of what didn’t work.

I called this the 99 percent success formula because it raises the question: what’s the other 1 percent?

The whole point of every success formula (including this one) is to reduce the influence of “luck” so that you don’t have to think about it when you’re either planning or taking action based on your plans.

'The 7 step formula for success at anything' have 1 comment