The 10 best family-friendly suburbs in Sydney

Sydney can be a fantastic city to raise a family. 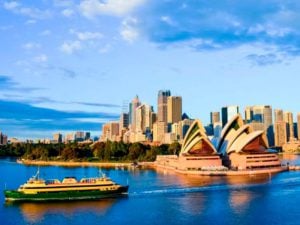 Not only is it home to some of the country’s best schools and beaches, but there’s also a world of entertainment right on your doorstep.

That said, it can also be an expensive city to live in terms of housing.

You may need a bigger budget to shop for property in Sydney than in other Australian cities, but if you look carefully, you can find some affordable suburbs to suit a family lifestyle.

Whether you have toddlers or teens, safety is the top priority for many parents, so we’ve made a point of focusing on crime and safety in this list.

While Sydney is generally a safe city by global standards and is ranked the fifth safest city in the world by The Economist, there are some higher-crime areas that families might choose to avoid.

For working parents, the city commute can also be a big factor – especially if both parents are travelling into the CBD each day.

Proximity to childcare centres and good schools will weigh heavily in decision-making, as will access to open spaces such as parks and sporting fields.

Parents of older kids at high school or university will be keen to ensure they have access to safe and reliable public transport routes.

We’ve put together a list of some of the best suburbs in Sydney for families, to help you narrow down your choice:

Location: Around 35-minutes drive west of the CBD 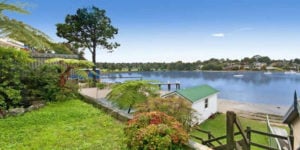 Putney is a popular place to raise kids, especially if you’re an outdoors-loving family.

There are plenty of sporting fields, bike tracks and parks, and you’ll even find sandy areas and rock pools to delight the younger ones.

Putney Park is popular for barbeques and birthday parties, and there is a public school and kindergarten within the suburb.

It’s ideally placed for commuting parents too, whether you’re headed into the CBD or over towards the western employment hubs at Parramatta and Penrith.

The very low crime rate of 19 crimes per 1,000 properties is around half the average for the rest of New South Wales, making Putney a super-safe spot to live.

Location: Around a 50-minutes drive west of the CBD 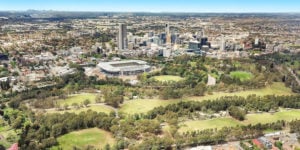 Attractive due to its affordability and amenities, Westmead is an excellent suburb for families on a tighter budget.

For a start, there are more flexible housing options available at various price points – a house is likely to set you back in excess of $1 million, but you can pick up a three-bedroom unit for under $650,000.

The commute is around 45-50 minutes into the city, and there are a number of excellent schools to choose from.

It’s also home to Westmead Children’s Hospital, one of the best children’s health facilities in the country.

The crime rate in Westmead is 34 crimes per 1,000 properties, which is lower than the New South Wales average of 38.

Location: Around 40-minutes drive north-west of the CBD 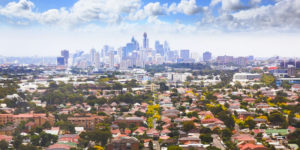 With just 15 crimes per 1,000 households, parents can be reassured that Beecroft is a very safe place to live.

There are plenty of great schools to choose from in Beecroft and surrounding areas, and Beecroft Public School in particular stands out as an exceptional place for kids to learn and thrive.

Beecroft offers a delicate balance between bustling excitement and relaxed, green spaces, and there are a number of small parks and playgrounds to enjoy.

Above all, the suburb has that genuine community atmosphere some of us remember from our own childhoods.

A property here doesn’t come cheap, however, with three-bedroom homes averaging around $1.6 million. 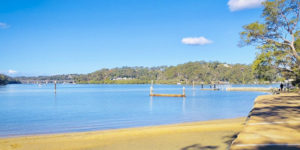 Location: Around 45 minutes’ drive south-west of the CBD

If your kids love parks, big thrills and getting dirty, Oatley is the suburb for you!

There are some truly amazing parks here, including Oatley Park with its adventure playground, flying foxes and super-scary slides.

Georges River College has a senior campus here, and there are also two public primary schools and a Catholic school.

The suburb is dominated by owner-occupiers and families, and the crime rate is just 17 incidents per 1,000 households.

City workers have a relatively reasonable 45-minute commute, and there are plenty of homes on larger blocks with room for backyards and off-street parking – a goldmine for inner-city families. 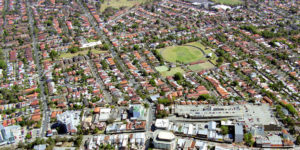 Location: Around 25-minutes drive west of the CBD

A slightly busier suburb, for those families who enjoy more hustle and bustle, is Ashfield, in the inner west.

There are a number of excellent public and private schools in Ashfield and the surrounding areas, including Trinity Grammar and St Vincent’s College, making it a sought-after suburb in Sydney for families.

The CBD is just 8km away, making it great for parents travelling to work, and the express train makes the journey even faster.

The crime rate in Ashfield is 23 incidents per 1,000 properties, which is much safer than the Sydney average.

Location: Around 1-hour drive west of the CBD

By Sydney standards, Normanhurst is an affordable suburb for families to secure a slice of real estate.

The median house price for a three-bedroom home is $1.32 million, and the suburb is made up of around 80 per cent owner-occupiers.

The CBD is a one-hour commute by train, and with just 18 crimes per 1,000 homes, it’s considered very safe.

While there aren’t as many options for shopping or dining as in other areas, the trade-off is that Normanhurst is a relatively quiet, green spot.

There are also many great schools in nearby areas.

Location: Around 35 minutes drive north-west of the CBD 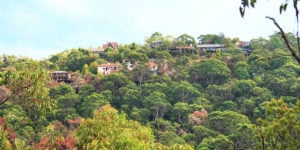 St Ives is another great spot for families who need to live in Sydney for work or school but still enjoy getting outdoors and connecting with nature.

There are national parks all around, and the beach is quite close too.

If your kids are animal lovers, they’ll be able to spot gorgeous native birds and possums as they trek about.

There’s a mixed-retail shopping centre and plenty of community events to get involved in, and when it comes to schools, you couldn’t ask for more – three public primary schools, a high school, Catholic girls’ school Brigidine College, and the Preparatory campus of Sydney Grammar are all here.

Another safe option with just 16 crimes per 1,000 homes, parents can be reassured St Ives is a great place to bring up their children.

Location: Around 20 minutes drive east of the CBD

Waverley is a popular family-friend spot in Sydney’s eastern suburbs, with a price tag to reflect its popularity.

The median price for three-bedroom family homes is over $2.3 million here, while even a unit will set you back around $1.2 million. 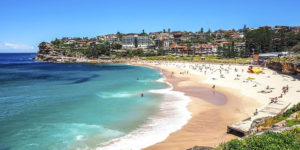 It’s easy to understand why: this suburb is sandwiched between Double Bay, Bellevue Hill and Bondi Junction, so it’s close to some of the most expensive homes in not just Sydney, but all of Australia!

There are two public primary schools, an independent boys’ college, and Catholic options for both primary and high school all within the suburb, and it’s just a stone’s throw from Bondi.

When the kids aren’t at school, Waverley Park will be their favourite place to hang out.

It has one of the biggest slides in Sydney, and there are also plenty of sports facilities and cafes to cater to other interests.

Parents who commute may be better off hopping on the bus, as car traffic can be painfully slow out of Waverley.

The crime rate is excellent though – just 18 incidents per 1,000 properties.

Location: Around 25 minutes drive north-east of the CBD 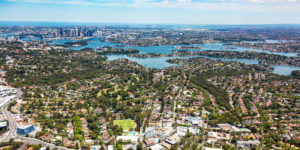 If a village atmosphere, 10 minutes from the CBD, with more than 50 parks and playgrounds to occupy the kids at weekends sounds good to you, Lane Cove could be the perfect suburb for your family.

The catch? You’ll need a spare $2.8 million if you’re looking for a four-bedroom house here.

Young hipsters shy away from the area because of its boring reputation, but it’s exactly that which draws families to Lane Cove.

And it’s certainly not a dull place to be if you have youngsters to entertain, with an aquatic centre, libraries and plenty of play equipment, even in shopping precincts.

The crime rate in Lane Cove is just 19 crimes per 1,000 homes, and there are a number of childcare and primary school options to choose from.

Location: Around 50 minutes drive north-east of the CBD

Surrounded by national parks with an abundance of great schools, Wahroonga tops our list of safe, fun family suburbs in Sydney. 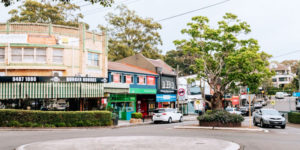 There are two public primary schools and a swathe of private and Catholic primary and high school options, including Knox Grammar and the exclusive K-12 girls’ school, Abbotsleigh.

Wahroonga is leafy, quiet and full of families, with loads of childcare centres around to cater to the younger ones.

There are great parks for the kids and cafes for parents, but this amazing package does come with a hefty price tag – a four-bedroom home will set you back close to $2 million.

More than 80 per cent of Wahroonga’s residents are owner-occupiers, and with just 18 crimes reported per 1,000 properties, it’s extremely safe for families.

Whether you prefer the bustling city atmosphere or a more laid-back, leafy lifestyle in the suburbs, there’s a safe spot for every family in Sydney.

The 10 best beach suburbs in Sydney

These suburbs joined the million-dollar club in Sydney