Thinking of buying a home or an investment property in the Harbour city?

It’s one of the most magnificent cities in the world, so it’s a good location to consider – but not all suburbs and areas are created equal.

Sydney is one of the most sought-after cities in the world, constantly landing in “best” and “most liveable” city lists.

If you want to own a property in Sydney, you’ll want to make sure the area you’re buying into will be safe and secure.

Here’s some research to help you get started on the process of locating the safest locations.

Is Sydney a safe place to live?

By global standards, Sydney is an extremely safe city to live in.

In fact, it was ranked the fifth safest city in the world in 2019 by The Economist Intelligence Unit, beating out ongoing rival Melbourne, which took 10th spot.

But, even within a city that is generally considered quite safe, there’s bound to be pockets of crime and disorder.

So, what are the safest Sydney suburbs for homeowners and renters these days?

What are the safest suburbs in Sydney?

CANSTAR researchers used data from NSW’s Bureau of Crime Statistics and Research (BOCSAR) and the Australian Bureau of Statistics (ABS) to pinpoint the top 10 safe suburbs in Sydney.

In particular, they looked into the crime rate for each suburb, to give potential residents an idea of how likely they may be to experience assault, theft, or drug-related offences in these areas. 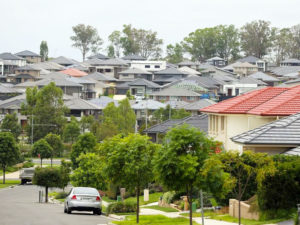 With just 0.76 crime incidents recorded per 100 residents, Pleasure Point certainly lives up to its name as a pleasurable place to call home.

This small suburb in Sydney’s southwest is around 27km from the CBD and is named after a geographical formation on the bank of the Georges River.

Domain reports that Pleasure Point has a population of just 517 people, with an average age of 40-59.

More than 90% of residents in the suburb are homeowners. 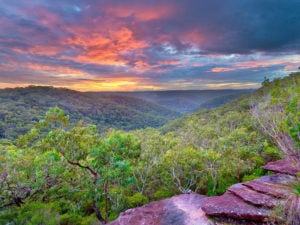 Westleigh, on Sydney’s upper north shore, is located 22km from the CBD, in the local government area of Hornsby Shire.

Westleigh is home to around 4,500 residents, just 7% of whom are renters.

Berowra National Park is nearby, and there are quite a few parks and sporting facilities available for families. 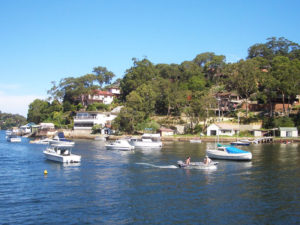 Around 92% of the suburbs 6,878 residents are homeowners, with only a small pocket of renters, and families make up about two-thirds of the population.

It’s a high-income area with a number of walking tracks and reserves, and an estuary to explore. 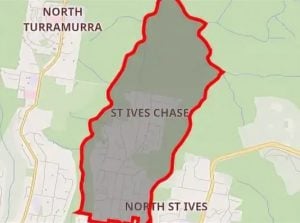 With 1.01 incidents per 100 residents, renters and homeowners alike can feel safe in leafy St Ives Chase.

Another upper north shore area, this suburb is 18km from the CBD and has no through traffic, so it’s a popular spot for commuters.

Around 3,200 people live here, most of the homeowners and the area has a lovely village feel thanks to the absence of big-box retailers in favour of mum-and-dad stores. 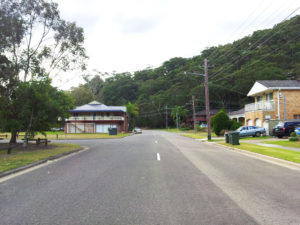 Bonnet Bay is a warm, welcoming suburb made up almost entirely of homeowners – just 5% of residents here are renting their homes.

Boasting a low crime rate of 1.02 incidents per 100 residents, Bonnet Bay is located 29km from the CBD, on the eastern bank of the Woronora River.

Interestingly, most of the streets in this suburb are named after American presidents. 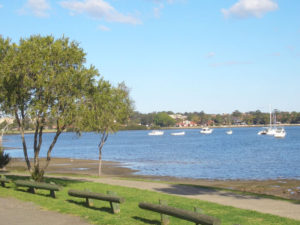 Located in Syndey’s inner west, Bareemba has a population of around 1,500 people, around two-thirds of which are homeowners.

The crime rate is a low 1.03 incidents per 100 residents in this tiny suburb, which is situated 12km from the CBD in the City of Canada Bay local government area.

Wareemba has a large Italian population and a number of popular coffee shops, and there are plenty of places to enjoy water views and the great outdoors. 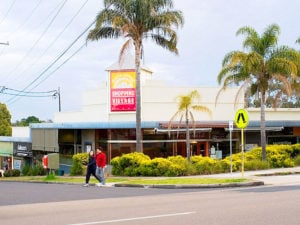 North Epping, in Sydney’s northern suburbs, recorded 1.08 incidents per 100 citizens in 2018, making it the seventh safest suburb in Sydney.

More than 4,500 people call North Epping home, and owner-occupiers make up around 87% of the population.

While it shares a postcode with Epping, which is part of Parramatta City Council, North Epping is in fact part of the Hornsby Shire.

There’s plenty to do in this bushy suburb, 19km from the CBD, including some great bushwalks. 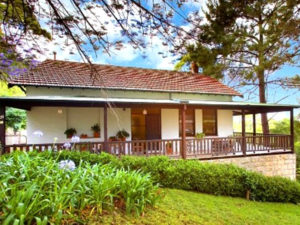 With a population of 1,818 people and a crime rate of 1.10 incidents per 100 residents, Willoughby East is a fantastic place to live.

Just 9km from the CBD on the lower north shore, Willoughby East is made up mostly of families, and 87% of residents own their homes. 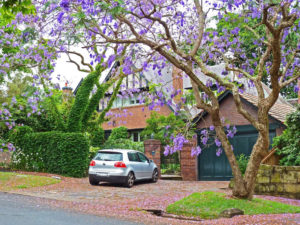 Residents enjoy shopping at the small local shopping precinct and exploring the local bushland and parks.

The crime rate here is 1.11 incidents per 100 residents, making it a safe and relaxing place to live.

Large, standalone houses make up the majority of the real estate in East Killara, and almost 90% of residents own their homes.

A small suburb of fewer than 1,500 people, Chatswood West has a crime rate of 1.13 incidents per 100 residents.

Located around 11km from the CBD in the City of Willoughby and City of Ryde local government areas, Chatswood West is a predominantly residential area, popular with families. 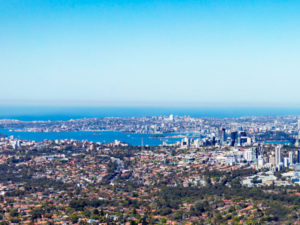 85% of residents are homeowners, and the standout amenity has got to be the Chatswood Golf Club, which provides neighbouring residents with spectacular green views.

The 10 suburbs shared above have all been identified as being “low risk” when it comes to crime statistics, but it’s important to consider more than simply the safety of a suburb when considering it as an investment prospect.

Across the country, there are more than 10.5 million dwellings and it’s my honest opinion that only around 4% of the properties on the market at any given time are “investment grade”.

As you consider your investment journey and the types of assets you’d like to add to your portfolio, I encourage you to consider:

These are all the kinds of questions we encourage our clients to consider when we work together to build their investment portfolio.

Whether you plan to own one investment property or 5 (or more!), the ideal investment strategy for you will be personal, as it’s based on your own unique risk profile, income, expenses and goals.

When you take all of these things into consideration, you can work out your long term “goal”, and break it down into smaller, more achievable goals that you aim to tick off one year to the next.

Having unclear goals can cost you a small fortune, so getting super clear on what it is you want to achieve is the first step towards building real and lasting wealth in your life.

ALSO READ: How long does it take to save a deposit in Australia’s priciest suburbs