Figures released by SQM Research this week have revealed that the number of residential vacancies nationally decreased very marginally during May, coming off a mere 0.1 of a percentage point to record a 2.2% vacancy rate nationally, and 65,075 vacancies.

This result clearly reveals that last month’s jump was indicative of a genuine increase in rental dwellings onto the market, and not merely seasonal spike.

• Nationally, vacancies decreased during May, recording a vacancy rate of 2.2% and coming to a total of 65,075 nationally.

• Perth has recorded the highest yearly increase in vacancies, climbing by 1.0 percentage points to 2.3% since the corresponding period of the previous year (May 2013) and coming to a total of 4,476 vacancies.

• Hobart recorded the largest yearly decrease in vacancies, falling by 1.0 percentage points to 1.8% since the corresponding period of the previous year (May 2013) and coming to a total of 484 vacancies.

• Adelaide was the only capital city to record a monthly increase in vacancies, rising 0.1% points to 1.6% and 2,546 vacancies.

• Canberra and Darwin recorded the most substantial monthly declines in vacancies, both dropping by 0.2 of a percentage point during Mary 2014 and coming to a total of 1,224 and 382 vacancies respectively.

With Canberra, Melbourne and Darwin being the only capital cities to record monthly decreases, vacancy rates appear to have remained elevated for the most part, strengthening the forecast that the rental market appears to be swinging in favour of tenants. 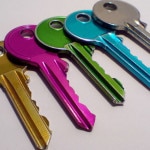 Year on year, vacancies are still up 0.2 of a percentage point and the nation as a whole remains above a vacancy rate of 2% – a trend which has been ongoing in recent periods and which also suggests an overall loosening of the rental market – giving renters the upper hand over landlords.

SQM Research’s Asking Rents Index has also revealed that on a monthly basis, rents have remained completely flat, with no change to the capital city average – remaining at $528 for houses and $416 for units.

According to SQM Research, stagnation in these figures reflects the difficulty landlords would have increasing the asking price for their properties, in a market with increased supply of rental dwellings.

For a capital city break down of asking rents, click here.

Forgiving Quotes to make your day