Here’s a great summary of their thoughts in this graphic: 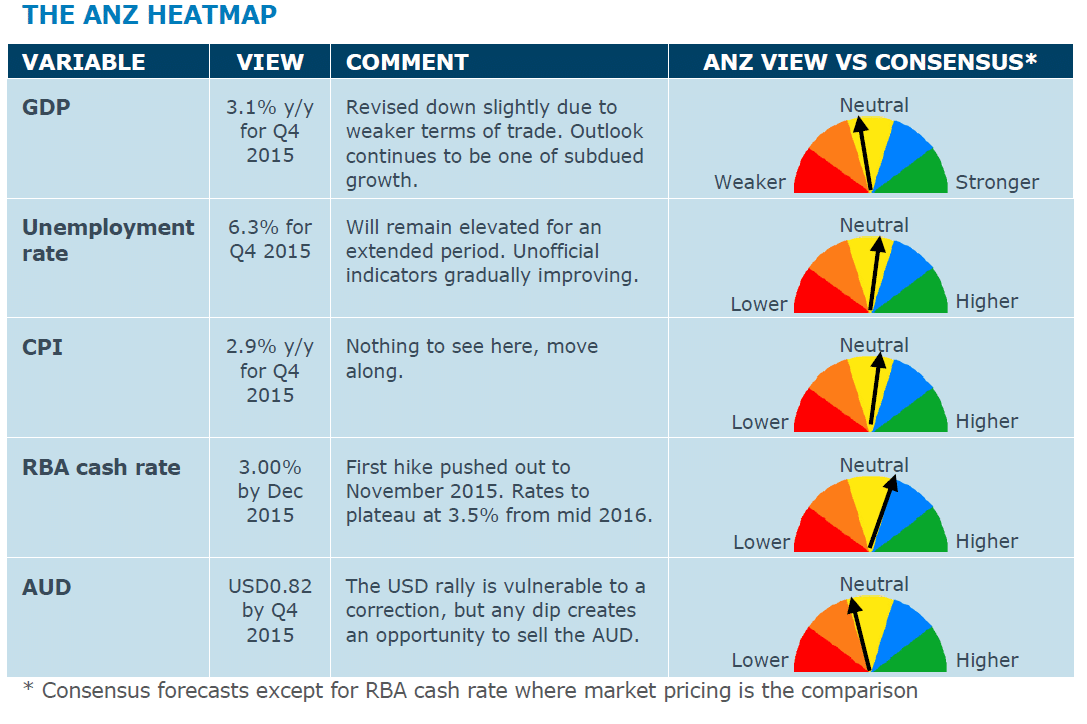 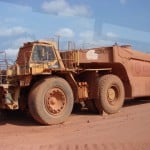 We expect lower iron ore, coal and energy prices will reduce growth in Australia’s national income by approximately 1ppt in 2015.

This will firstly affect profits, wages and government revenues, and reduce real economic growth. We have lowered our real GDP forecasts by 0.3ppts over 2015 and 2016.

If, as we expect, commodity prices stabilise near current levels over the next year then these revisions represent a delay in the return to trend growth rather than a change in the trajectory of the Australian economy.

We are still of the view that non-mining economic activity will take up the slack from declining mining and energy investment.

The non-mining recovery has commenced, albeit narrowly, with strength evident in residential and non-residential construction and a gradual improvement in business investment.

The intentions component suggests a 5% increase in non-mining capital expenditure in 2014-15, in year average terms. 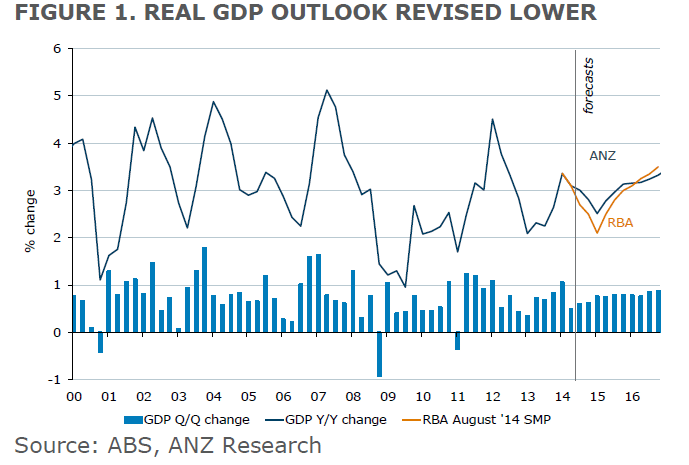 When the 2014-15 Mid-year Economic and Fiscal Outlook (MYEFO) is released in mid–December there is likely to be a deterioration in the underlying cash balance over the forecast horizon.

The underlying cash balance will be larger than the AUD29.8bn deficit forecast when the 2014-15 budget was published in May.

These are well above current levels and averages for 2014-15 so far.

Working against this, the Australian dollar has moved in favour of stronger revenue, given the budget assumptions were USD0.93 and a trade-weighted index of around 71. (The TWI is now around 68 and the AUD slightly under USD0.85.)

On the expenses side, there will be a greater-than-expected outlay on national security, which the Prime Minister said would be around AUD630m.

There are a number of savings measures from the 2014-15 budget and previous budgets still facing Senate opposition, and so will likely only go through with some modification, if at all.

These too, if they are modified or cancelled, will lead to a deterioration in the budget forecasts, although we are unlikely to see revised budget estimates on these in the MYEFO.

Although there have been some media reports this week suggesting that the AUD7 co-payment would go, the official line from the Treasurer’s office is that it remains government policy.

The Commonwealth’s Medibank Private sale, which raised AUD5.7bn compared to expectations of between AUD4.3bn and AUD5.5bn, will provide funds to the Asset Recycling Fund.

These will be used for funding and financial incentives to the States for new infrastructure. There will be no direct substantial revenue benefit to the budget.

The deterioration in the fiscal position could slow down economic growth if the Government choses to offset it with policy changes. 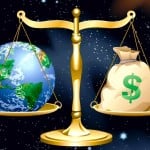 The Treasurer has suggested no further cuts to meet the downward revisions. That implies new debt issuance.

However press reports have differed recently and some suggest the Government will consider further savings measures in MYEFO.

We expect there will be some savings, but not enough to entirely offset the downward revisions to revenue and upward revisions to expenditure. The Government will not want to add fresh downward pressure on the economy.

As such, we have pushed back the timing of RBA interest rate increases by six months.

We expect the first steps to take Australian interest rates back to ‘neutral’ levels in November and December 2015 with a 25bp rate hike in each month.

As the recovery gains further traction in 2016, another 50bp of rate increases in the middle of that year will see the cash rate lift to 3.5%, our estimate of the neutral rate.

'Australia Market Focus: A step down | ANZ Research' have no comments