The national weekly median asking house rent has increased by 12.4% over the past year to $509, with the March house vacancy rate declining to 1.2%. 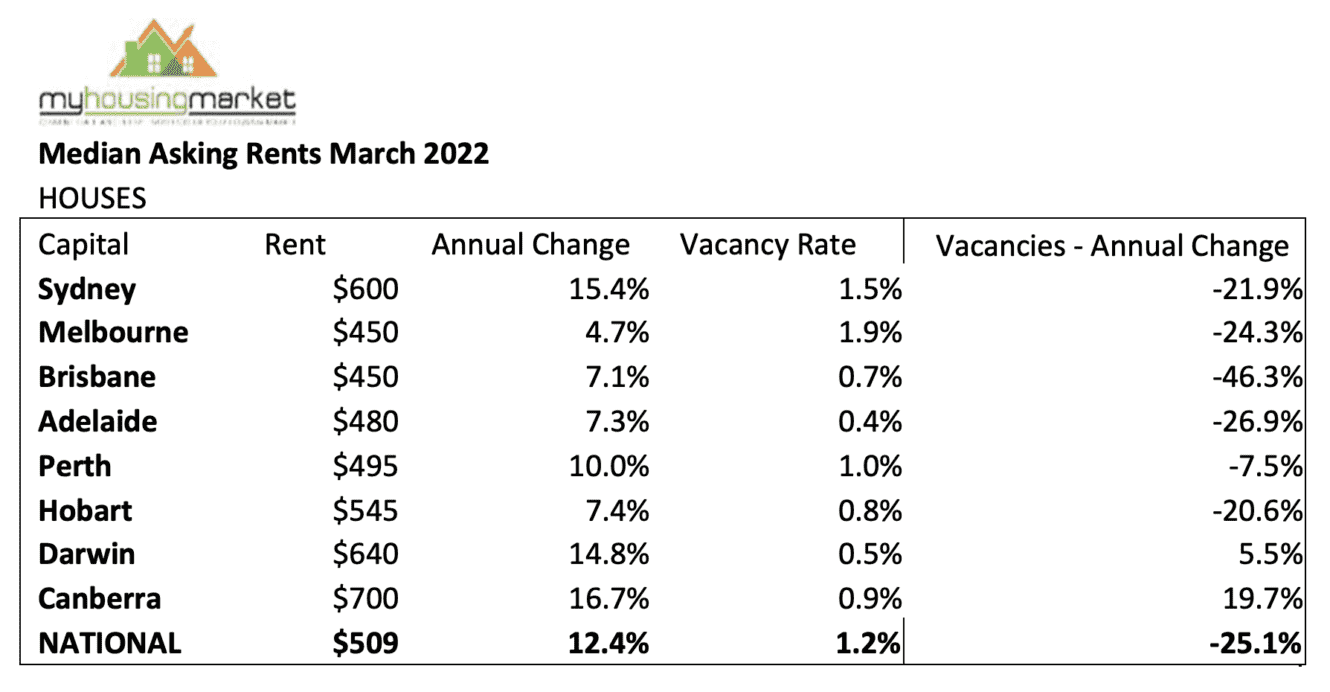 All capitals have recorded significant increases in monthly asking house rents over the year ending March 2022, with half remarkably recording double-figure growth.

Canberra has reported the highest annual growth, rising by 16.7% followed by Sydney up 15.4% and Darwin higher by 14.8%.

Vacancy rates for houses continue to fall to record lows with Melbourne, although still the highest, falling to 1.9% over March.

Other capitals with the exception of Perth and Sydney continue to report vacancy rates below 1.0%.

Canberra continues to record the highest capital city weekly house rents steady at $700 over the month followed by Darwin at $640 and Sydney $600.

Brisbane and Melbourne have the most affordable weekly house rents at $450. 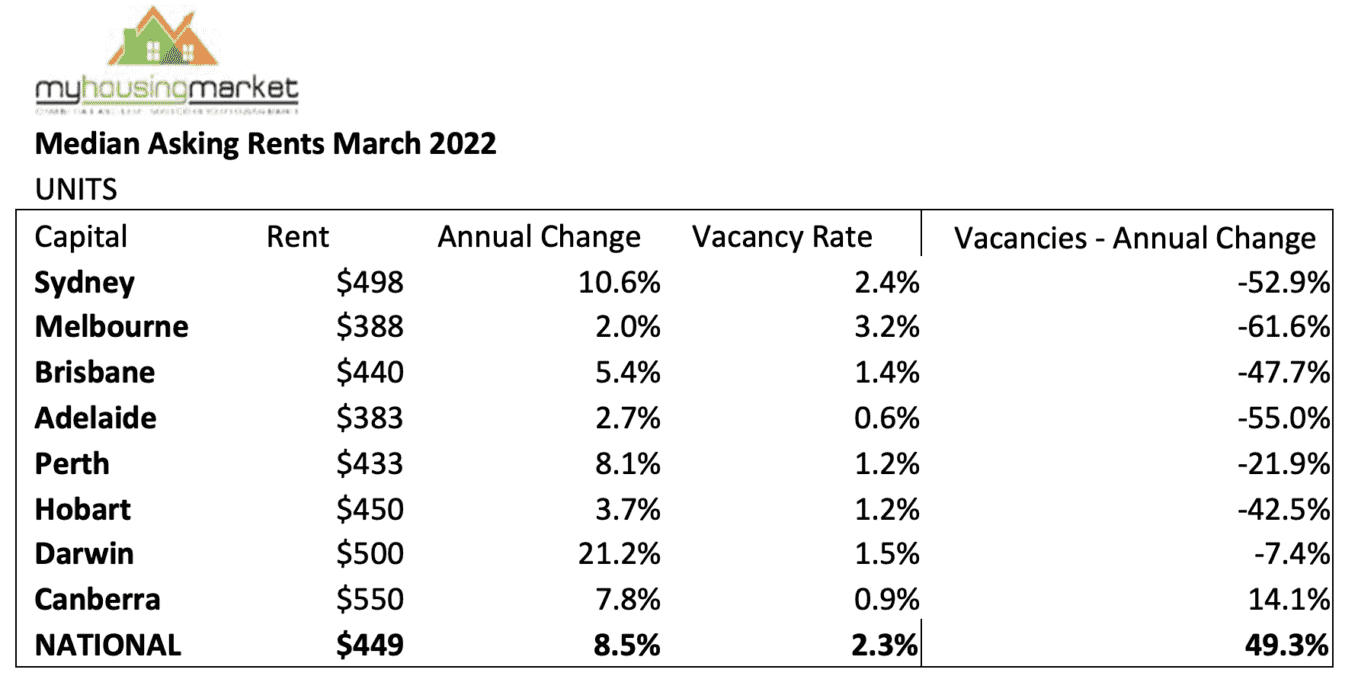 Although unit rentals haven’t recorded the extraordinary increases reported by houses over the past year, annual rents have nonetheless risen strongly.

The national March median weekly asking rent for units at $449 is an increase of 8.5% over the year, with the national vacancy rate for units steady at 2.3% over March.

All capitals have reported increases in unit rents over the year to March with Darwin reporting the sharpest increase - up by 21.2% followed by Sydney up 10.6%.

Vacancy rates for units have continued to fall over March, with Sydney down sharply to 2.4%

Canberra again reported the highest weekly asking rents for units over March, steady at $550, with Adelaide the most affordable at $383.

Demand for rental homes will continue to increase over 2022 driven by strengthening economies, the easing of covid restrictions and concerns, and the return of high levels of migration and students – all set to exacerbate a chronic undersupply rental accommodation.

Higher rents and strengthening returns for investors is a clear consequence of a current clear and likely extreme mismatch between supply and demand in home rental markets.

Rob, the government needs to bring migrants back into the country to fill the huge shortage of labour for the jobs we are creating. Yes this is creating a real challenge isn't it?

Cant the Govt reduce the migrant and Back Packers intake. It might free up rental accommodation for our locals that cant afford to buy their own home. This probem will get worse before it gets better.