The number of Australian residential property sale listings increased in most capital cities during the month of July 2016, excluding Hobart, where sale listings fell slightly.

The year on year results indicate that national sales listings are down 0.4% compared to this time last year (July 2015). 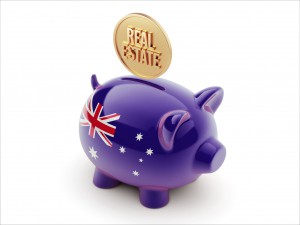 Brisbane also recorded a 2.3% incline in listings for the month.

Sydney sale listings are now up 13.8 percentage points for the year, which SQM believes indicates a modest to moderate slow down has taken place in the market.

In contrast, Hobart property listings are down 9.9% from this time last year (July 2015). Year-on-year results reveal Melbourne median asking prices have risen 15.5% for houses and 6.0% for units compared to this time last year.

Meanwhile, median asking prices for houses in both Darwin and Perth continue to fall.

According to SQM Research, the median asking price for a house in Darwin is $628,800; 6.6% lower than this time last year.

Listings and asking prices for the national residential property market still suggest a mixed picture with Melbourne and to a lesser extent Sydney, recording buoyant markets, while other cities recording a weaker market environment.

Going forward, the market is likely to rally further given the rate cut decision.

There is a possibility now that Melbourne dwelling prices could accelerate from an already heated rate of growth.

And if Sydney were to also accelerate I think we could see APRA stepping into the market once again as early as fourth quarter this year.