Australia has an ageing society and while living longer is good news for many, there are some major economic issues we need to understand to avert a huge problem in the years to come.

According to a recent UN report, roughly half the children born in developed and developing economies after the year 2000 will live to 100.

We are ranked equal fourth in the world, with a current average life expectancy of 82.

The number one spot is shared by Japan, Switzerland and San Marino, where the average is just another 12 months (83 years).

To put this into some perspective, the global average life expectancy in the early 1900s was just 31 years.

In Classical Rome and Greece, it was 28.

Most of you reading this now would have been long dead after 40 if you’d been borne at any time prior to the late 1800s.

But modern diets, standards of healthcare and higher quality of life in developed economies mean that we’re all now living longer, on average.

The only problem with this is that we’re still working on a pre-industrial model of employment, with an expectation that we’ll all retire sometime around 60 or 65.

So if we’re going to start living on average well past our 80s, that’s going to mean a longer period without an income

For children being born today who might live to 100, that could mean a working career of 40 years, and a retirement period also of 40 years. 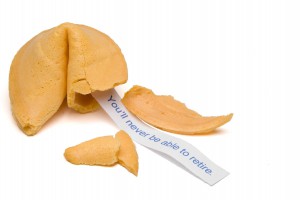 Compounding the basic maths of this problem for Australia is the baby boomer ‘bubble’ which has tilted our demography toward the older end of the scale.

This means there are fewer and fewer people of working age, paying taxes to run the country, and also (somehow) to support an increasingly geriatric population.

Few of us it seems believe that superannuation is going to come anywhere close to supporting ourselves in retirement.

Repeated surveys reported in the media point to a skeptical view of even semi prosperity in retirement.

And the high cost of housing could make this all potentially much worse for Australia for two reasons.

Fewer Australians are going to own their own home on retirement

At present, roughly 78% of retirees own their own home at retirement age.

That could be a touch on the alarmist side but the consensus of these sorts of forecasts tends towards a gloomy view.

Rates of ownership are falling and, as policy makers continue to fiddle with failed planning dogma, there’s little prospect of that changing.

So at the oldies end of the scale, not only are there going to be many more of us aged over 65 (there were 2.5 million over 65s in Australia in 2002 and this will rise to 6.2 million in 2042) but for the majority of us, we may no longer even own the home we live in by the time we stop working.

That’s a pretty fundamental component of today’s retirement planning up in smoke.

Second, at the younger end of the scale, the prohibitively high cost of new entry level housing is seeing more and more young people rent rather than enter the market.

I am talking particularly here of new house and land packages on the urban fringe, the supply of which has been artificially restricted under land use policies introduced since the mid 1990s, and the supply of which was also discriminately taxed since around the 2000s (the GST combined with infrastructure levies and other charges apply ONLY to new housing supply).

But their enthusiasm should not be shared by sensible policy makers because this generation of today’s young people are not only being denied low cost entry level housing, but they will also be expected to pay a disproportionately high burden of tax. 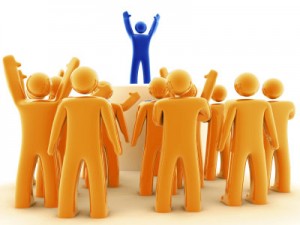 That’s because they’ll be among the minority of the population with jobs, supporting the rest of us without them.

On top of this, they’re going to live a lot longer.

So for some of them, their working lives will be spent renting other people’s property, paying higher taxes to fund a disproportionate number of old people, and then somehow fund a 40 year retirement.

It’s not sounding pretty, is it?

To me, this makes it all the more imperative that today’s policy makers understand the primary importance of promoting home ownership for all Australians.

As an enforced means of saving, it beats superannuation, it promotes long term wealth generation and continues a long and successful tradition of home ownership for all in a prosperous and egalitarian society, as Australia has been.

That promotion of home ownership should not come through failed grants or financial stimulus to the demand side, but removing barriers and costs from the supply side.

The rigid urban growth boundaries and densification policies which became fashionable under a succession of Labor State Governments since the mid 1990s are proven failures and should be abandoned.

The discriminatory system of taxing only new supply through both the GST and per dwelling infrastructure levies is highly distortionary and has meant that between one third and 40% of the price of new house and land package can be attributed to taxes introduced only just over a decade ago.

Not only is it distortionary, it doesn’t even work: to the best of my knowledge, these upfront per lot levies account for only around 3% of local government revenues and there’s no way of linking the money raised to the things it’s supposed to be spent on (local infrastructure).

Plus, it’s all but killed off the new home building industry, which is now producing fewer dwellings per thousand people than any time in the last 40 years, with the economic signals (unemployment being one) to show for it.

In summary, there’s almost no disputing that we’ll all be living longer, or that there will be more aged people as a proportion of our population than ever before.

This can be cause for celebration, but it will also mean that the importance of home ownership as a broad social and economic objective for Australians needs to be returned to a central place in policy thinking, not shunted to the periphery of fashionable planning ideology as it has been.

'Older not wiser' have no comments