The growing popularity of short-term holiday rentals has taken many Australian local councils off guard, according to Reuben Schwarz, co-founder of BnbGuard, a service which monitors unauthorised subletting on investment properties.

“What was once a few homes every now and then is now every-other-home every-other-night in many Australian coastal shires, as both professionals and local residents capitalise on the phenomenon,” Schwarz said. 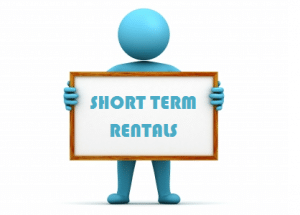 The surge in the number of tourists in many popular holiday hot spots is transforming communities — and not always for the better.

Many residents may be forced to move to quieter areas if too many rowdy tourists descend on short-term rentals, leaving the towns “empty husks full of tourists but nothing else,” Schwarz said.

Hotels and other hospitality businesses are at a disadvantage because they have to abide by strict safety and council guidelines, while holiday rentals listed online do not.

“The loss of these businesses hurts the local economy,” Schwarz said. 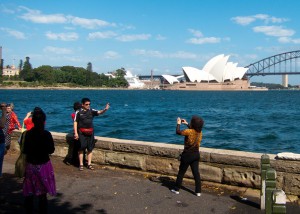 “This is made worse by the slippery nature of a lot of short-term rental income, which is all too easy to hide from the ATO, unlike a registered business.”

In light of all these concerns, what can local governments do to contain short-term rentals and preserve the viability of affected communities?

“It’s a complex issue and there’s no single silver bullet councils can use,” Schwarz told Your Investment Property. “It needs to be treated more as an economic problem than a legal one. Based on what’s happened overseas though, there is an emerging set of tools that local governments can employ.”

Schwarz recommends using a licensing system that would force everyone looking to host short-term rentals to register their property with the council for a small fee.

“Make it clear these numbers must show on all short-term rental ads,” he said.

Investment properties should be blocked from getting a license, in order to keep a lid on house prices, and strict fines should be handed out to those who put up short-term listings without a

“Have an enforcement mechanism to monitor for listings and identify their owners. Without it, many people will just ignore the rules.”

Just as importantly, owners should be held accountable for guests that disturb the peace.

“Have clear rules for what this is (ex: no loud noise after midnight). Owners will make sure their guests comply if they’re on the hook.”

Schwarz added that all short-term letting sites need to be monitored, not just Airbnb.

“While Airbnb gets most of the attention, increasingly traffic is moving to other sites like Booking.com, HomeAway, TripAdvisor, as well as niche sites like Innclusive and Misterb&b. If 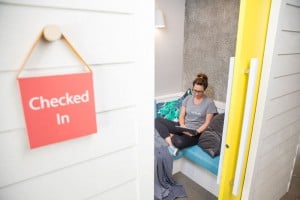 you force Airbnb to comply, the illegal activity will move to other sites. That’s what we’ve seen overseas, in London and New Orleans in particular. You need a solution that spans all these sites, or it’ll be a temporary one at best.”

Just as importantly, Schwarz said it’s best not to wait for state governments to pass regulations.

“Most seem slow to respond to this issue, and their rules may not solve your problems (and will be slow to change as the problem evolves – we’re only at the beginning of this phenomenon). Overseas local rules are usually grandfathered in to state-wide rules. If there are state-wide rules already, there will be enough flex in them for targeted local solutions, if you approach the problem creatively.

“Hence, smart, targeted regulation is the best (maybe only) approach that will keep tourists coming and preserve local communities.”

'Minimising The Impact Of Short-Term Rentals' have no comments