Perth continues to record strong unit building activity although recent signs are that house building levels may be declining.

Latest ABS data reported that 667 units were approved for building which is well ahead of the 500 approved over the previous month.

So far this year 6667 units were approved for building which is 582 more or 9.6 per cent higher than the 6085 approved over the same period last year.

The number of house approvals however fell for the third consecutive month to the lowest total since January. In October 1410 houses were approved which was below the 1452 of the previous month and also well below the 1854 approved over October last year. 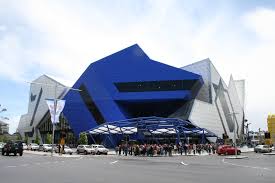 Continuing high levels of apartment construction are a positive for the Perth economy although supply is typically likely to move ahead of demand over the short-term.

Increased unit construction may be exacerbating weakness in the rental market with already high vacancy rates continuing to rise.

The latest Domain vacancy rate for houses reports that house rental vacancies increased over November from 3.4 per cent to 3.6 per cent – clearly the highest rate of all the capitals and well ahead of the next highest Darwin at 2.8 per cent.

Already high apartment rental vacancy rates also increased over the month from 4 per cent to 4.1 per cent and are behind only Darwin at 5.5 per cent.

Overall residential rental vacancy rates in Perth increased from 3.5 per cent to 3.7 per cent, again behind only Darwin at 3.9 per cent of all the state capitals.