Is this China Syndrome 2

The 1979 movie The China Syndrome told the story of a wicked nuclear power company hushing up a nuclear meltdown, only to be busted by courageous, truth seeking journalists.

The China reference was from the idea that the nuclear core would melt down and continue ‘all the way through to China’ from the USA. 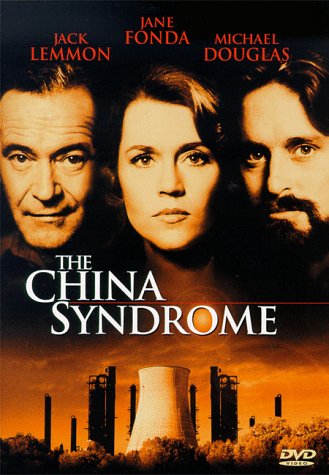 Hush ups are still the order of the day, but this time it’s China in the dock and it’s our doctors and medical professionals gallantly chasing the truth.

How our relationship with China is going to change in a post coronavirus world is something worth thinking about, because change it most surely will: the Chinese Government’s colours aren’t looking so flash.

This is after all the same Chinese Government that persecuted the whistle blower doctors who first called out the corona virus in December, forcing them into a public apology and retraction. At least one later died.

They’ve since tried to convince the word that they have things under control, as part of a growing propaganda war with global trade as the stakes.

This is the same Government that tried to introduce a Fugitive Offenders bill in Hong Kong which would have potentially allowed political protesters to be extradited to China, where many seem to just simply disappear. That led to the ongoing student and community riots of late 2019.

It’s also the same crowd who have been building military basis in the South China sea on contested islands.

And this is the same Government which has reportedly forced as many as one million people – mostly Muslim Uighars – into “re-education camps” without trial, and from which many are said to never leave.

The exact numbers are unknown of course, because being a Communist state, they also control the state media.

It’s a vision of totalitarian rule and thought crimes torn straight from the pages of Orwell’s Big Brother.

There have been at least two reports so far of Chinese companies stripping Australia of more than 80 tonnes of medical supplies including 100,000 protective coveralls & 900,000 pairs of medical gloves.

Apparently, the order went out to do this worldwide before the virus took hold in other nations.

Only the morons at the woke Sydney Morning Herald could be so gullible as to suggest “The humanitarian efforts of Chinese companies to help their desperate compatriots back home may have contributed to shortages of products in Australia.”

Seriously, how dumb can you be and still write for a leading masthead?

“Humanitarian” … “desperate compatriots back home…” What about Australians in need?

Not only this but we’ve discovered (hopefully not too late) that such heavy reliance on one country for so much of our goods and services may not be such a good thing.

Supplies across the board, traditionally sourced from China, were interrupted as a result of the virus and in turn disrupted everything from construction to consumer goods.

And the impact on our tertiary education sector – which has become increasingly reliant on full fee paying foreign students (particularly from China) - has been profound.

As the recovery sets in – which it will – Australia will need to earn foreign income quickly.

We will be looking for export markets and no doubt looking closely at import-replacement options.

Low cost energy and its central importance to local manufacture and industry may see costly and highly subsidised green energy schemes pushed to one side.

Our resources sector should logically be freed from vexatious objections by green groups in order to bring the much-needed cash back into Australia.

And this is where the new China syndrome kicks in.

Australia has found itself wedded to China and to the Chinese Government in ways unimaginable only a few years ago.

As the economies of the world move into recovery phase, it seems inevitable that relationships – trading and political – with China are going to change.

Self sufficiency may be valued more than before, and border security rather than open borders could be an elevated consideration, compared with recent years.

In all this, Australia is going to find itself facing some difficult political and economic challenges. Our economic recovery, earned through increased export volumes and import replacement, is related primarily to the Government of one country – and it’s not exactly got a nice reputation right now.

I was born and raised in Hong Kong, back then a largely free city-state sharing a closed border with a hostile, suspicious, communist China.

I made many very good Chinese friends and I genuinely like the Chinese people.

I also watched many attempt to flee Communist China.

I watched the Communist Chinese sponsor riots, unrest and bombs that killed innocents in HK, and I saw the bloated bodies in the harbour of failed attempts to swim across the border to freedom.

Would I trust their Communist Party leaders or Government?

Only the Sydney Morning Herald could be so silly.

I'm sorry if this article offended some readers. I tried to draw the distinction between the Chinese people, and their government. It is the latter we need to be wary of. That was the point of the article. Surely we can be critical of a Government - ...Read full version