While the regulator’s focus is on lending standards, changes under consideration are likely to help cool property prices.

The discussion comes on the back of figures out this month showing 21.9 per cent of all new loans funded in the June quarter had a debt-to-income the ratio of six or more, which is considered risky by APRA.

This is up from 16 per cent of all new loans funded in the June 2020 quarter. 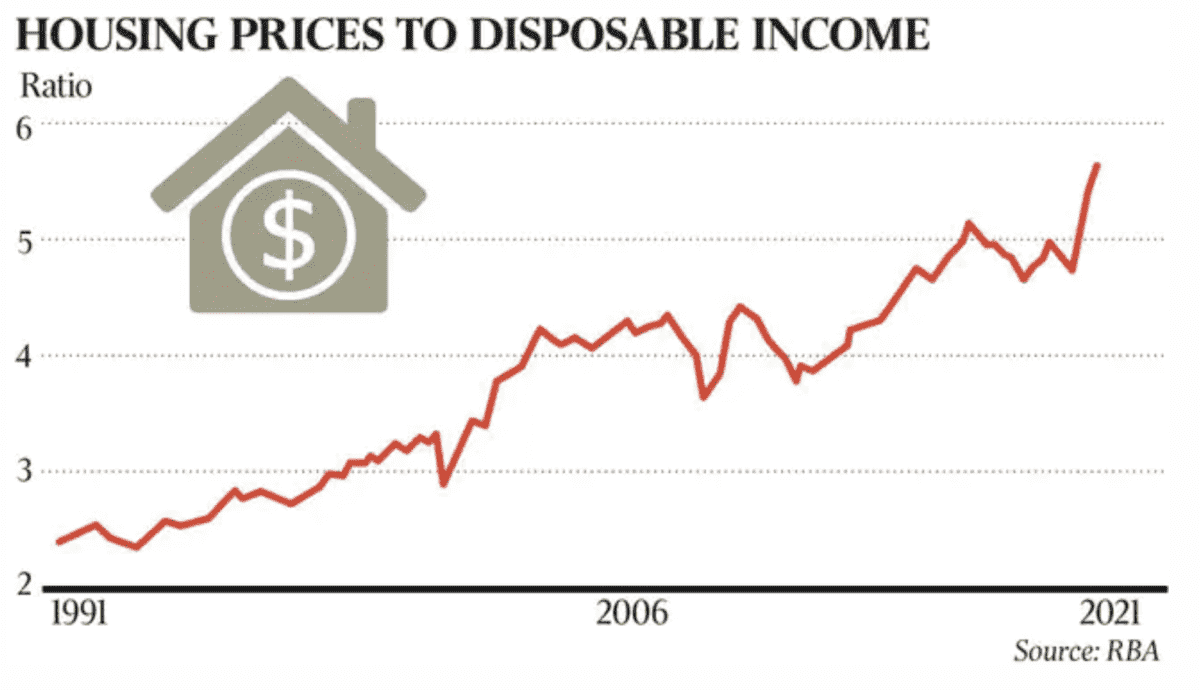 What APRA lending caps could potentially include:

RateCity.com.au research director, Sally Tindall, said intervention from APRA would be welcomed, however, any new macroprudential policy measures must be carefully considered.

“Record low rates mean people can borrow more without blowing the budget, but what is blowing out are loan sizes,” she said.

“Measures designed to curb people’s borrowing power will help prevent some from taking on risky levels of debt, however, first home buyers must be supported in the process.

“Any regulation changes must make provisions for younger Australians to still be able to enter the housing market,” she said.

I remembered how macroprudential controls had undesired and unexpected consequences when they were introduced in 2015 – so I'd be very wary of any changes introduced again.

Dr. Andrew Wilson and I discussed this in our recent Property Insiders video and Dr. Wilson explains there is simply no case for interference in our housing market in this insightful article.

The last time lending restrictions were implemented in 2017, the focus was on dampening investor lending and the high percentage of interest-only mortgages.

However, this time around the main concern seems to be an increasing share of loans on a high debt-to-income ratio.

The problem is the potential restrictions are likely to hit first home buyers rather than Australia’s wealthy households.

Targeting debt-to-income ratios will have a limited impact on higher-wealth households, who often have multiple streams of income.

However, it will affect lower-income households and those purchasing property for the first time.

There are several reasons the debt to income ratio has risen over the past year.

A ban or cap on new lending with a debt-to-income ratio of 6 or more would limit the amount many families could borrow to purchase a property.

Family buying a house: maximum borrowing capacity of the average family if limited to a debt-to-income ratio of under 6

Notes: Family income is estimated at 1.5 times the average ordinary time earnings per state in original terms (ABS). Median house prices are from Core Logic August 2021 except Perth which is July 2021.

A debt-to-income ratio of 5.99 is assumed. LMI costs are not included.

Singles buying a unit: maximum borrowing capacity of an average worker if limited to a debt-to-income ratio of under 6

Notes: Average wage is from the ABS Average Weekly Earnings, ordinary time earnings per state in original terms. Median unit prices are from Core Logic August 2021 except Perth which is July 2021. A debt-to-income ratio of 5.99 is assumed. LMI costs are not included.

NOW READ: What’s the difference between borrowing capacity and affordability?

Once international borders open, there will be a massive rental property shortage in this country. By limiting investors ability to borrow and the return of international students, will have the combined affects like nothing like we have seen before

you noticed - yes it was Pam