In John McGrath’s latest Switzer column he spoke about the prestige market recovery and the urban hubs emerging specifically in Sydney.

Last week he focused on China growth and the impact of investors and first home buyers. If you missed it you can read it here.

While luxury property was lagging compared to the rest of the market, there are clear signals that it is stirring from its slumber and we are expecting material price rises above $2M this year. 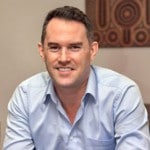 Over about the same time period, Australia’s most expensive suburbs began slightly outpacing the lower and middle markets in price growth, up 11.1% compared to 10.9% (middle market) and 9.2% (lower market).

Directly contributing to prestige market confidence is Coalition management of the economy and improving company profits that have pushed the ASX 200 above 5,500 to be 9.75% higher.

Banking and finance executives are once again receiving bonuses and as always, they are spending that money on property by upgrading their homes.

Ex-pats are also back, largely due to the weaker dollar and a higher number of prestige homes coming onto the market giving them more opportunity to buy now before prices begin to rise.

Most ex-pats have no plans to return soon and are only buying now due to the expectation of imminent price growth.

As infrastructure unlocks pockets of Sydney by creating local employment opportunities and reducing commuting times, values are likely to surge in some areas as families seek more value for money.

There are three major growth areas in Sydney targeted for new jobs and affordable housing in the long term.

The NSW Government’s Urban Activation Precincts program is fast-tracking new housing, jobs and has upgraded infrastructure in 8 key urban hubs away from the CBD.

A significant number of Sydney buyers are giving up on the expensive inner ring and buying in the middle ring, which has experienced some of the strongest price growth in FY14.

They include North Rocks (up 23%), Northmead (16%) and Baulkham Hills (15%), according to Australian Property Monitors.