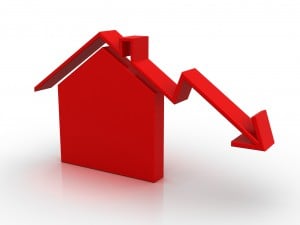 Figures released by SQM Research this week have revealed the number of residential vacancies edged down across the nation in February 2015.

Falls were recorded in most capitals cities.

Over the month, vacancy rates fell the most in Melbourne and Canberra as workers and students poured into the nation’s capital and second largest city ready to commence the new working and tertiary year following the summer break.

Over the year to February 2015, Canberra also posted the biggest yearly decline in its vacancy rate to 1.6% from 2.1%, reflecting the relatively strong jobs market in that city, with an unemployment rate of just 4.5% compared to the national rate of 6.3%. Modest falls were also posted in Melbourne and Hobart. 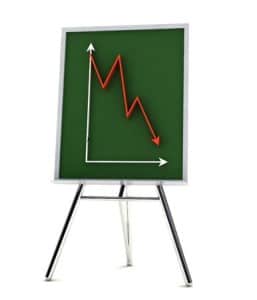 In contrast, the vacancy rate kept climbing in Darwin and Perth, reflecting the impact of the commodities downturn, which is weighing on employment and property markets in Western Australia and the Northern Territory.

Vacancy rates in Darwin and Perth will probably keep climbing through 2015 and could edge up nationally if the jobless rate rises further.

While unemployment fell slightly in February, a slowing Australian economy overall will likely place greater upward pressure on the nation-wide vacancy rate though 2015.

Ongoing weakness in commodity prices will filter through to the jobs and property markets in Perth and Darwin.

Nationally, a continuation in below-trend economic activity will likely push the unemployment rate up towards 7%, which will ultimately work to keep a lid on vacancy rates and rents in other capital cities.

SQM Research data shows asking rents in Perth, Canberra and Darwin have dropped over the year to March 12. 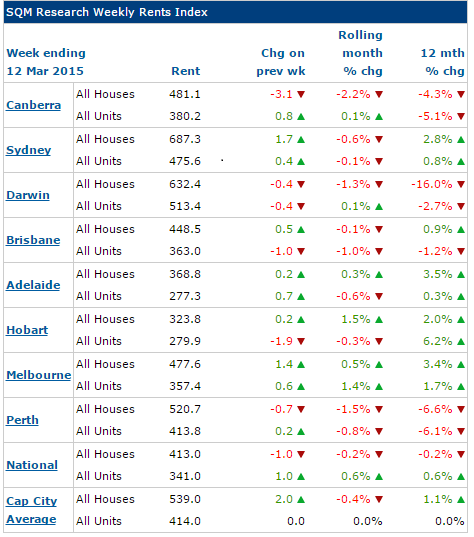