Confidence has been on an upward trend over the past few weeks, mainly driven by an improvement in households’ outlook on the economy.

This likely reflects the ongoing support for the Turnbull government in creating an improving narrative on the prospects for the Australian economy.

The rise in confidence last week was driven by an increase in consumers’ attitudes about the economic outlook.

These sub-indices have been the main drivers of higher consumer confidence in the past two months, and are now 23% higher compared to levels seen eight weeks ago.

On the other hand, consumers feel slightly less confident about their own finances. 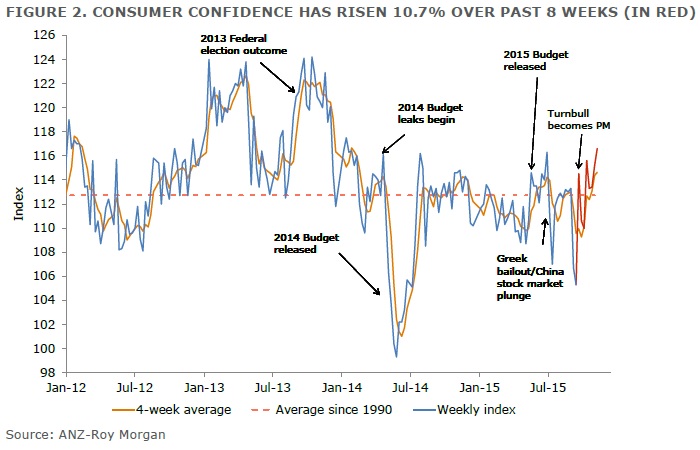 “Sentiment is now close to a two-year high, and consumers are showing improved confidence in the economic outlook. This turnaround in the outlook for the economy is an encouraging sign and may hold the key to a sustainable lift in non-mining economic activity.

“The uptrend in confidence following the change in Australia’s political leadership is clear for all to see. The key now is to translate this community support into meaningful long-term policy reforms aimed at getting the government’s finances on a sustainable footing and developing an economy of the future.

“An important question is whether this lift in confidence can be sustained and translate into stronger consumer spending. A softening housing market, ongoing weak wages growth, and elevated unemployment will present a considerable headwind to the recent increase in optimism, making the government’s economic policy platform even more important over the next 6-12 months.”

“The solid increase in the ANZ-Roy Morgan Consumer Confidence (now 116.6, up from 105.3 pre-Turnbull) and Roy Morgan Business Confidence (119.3 in October, up from 102.6 in August) since Malcolm Turnbull became Prime Minister two months ago in mid-September gives the new Prime Minister the political capital to make the tough decisions now to ensure Australia’s future prosperity.

“The recent discussion about the Australian taxation system – including increasing the GST from a rate of 10% to a rate of 15%, and possibly broadening the GST base, is needed because too many people and companies do not pay their fair share of tax.

“Broadening the GST base in combination with tax reform will help tackle Australia’s booming ‘cash economy’ and allow the Federal Government to implement extensive industrial relations reform –  Australians who want to prosper will not complain as more jobs will be available for everyone.” 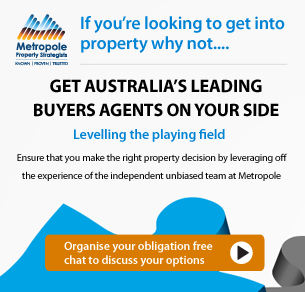 'Consumer Confidence At A 2 Year High' have no comments