From 2010 the world saw the start of Generation Alpha, the first to be fully born in the twenty-first century. 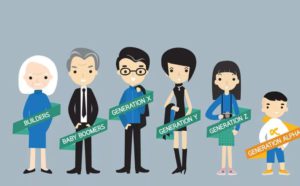 Alphas have been born into an era of record birth numbers.

When this generation is complete, in December 2024, Generation Alpha births will total almost two billion globally, and they will be the largest generation in the history of the world.

As is true of days past, the days ahead will have their complexities and challenges, but they will also be replete with innovation and opportunity.

And as you will see from the myth-busting that follows, Generation Alpha is living on the edge of an extraordinary age.

Some people think that Generation Alpha will be the first generation to not live as long as their parents.

This is due to their increasingly sedentary lives, the rising rates of obesity, and greater access to junk food.

But the opposite is actually more likely to be true.

Myth: Generation Alpha won’t work as late into their lives as current or past generations

We often hear people say that Generation Alpha won’t work as much throughout their life due to labour-saving devices, leisure lifestyles, and a universal basic income.

Once again, the opposite is most probably the case.

Generation Alpha will work later in their life than any previous generation.

Why? Because they will live longer and therefore have a need to work later to supplement this longer life.

With machines helping to ease the physical burden of work, they will be able to work less physically.

Additionally, work will have a purpose for them beyond remuneration – it will be a place of social interaction, purpose, stimulation, and lifelong learning.

Generation Alpha is being raised in increasingly technologically integrated times, so many people think their future will be entirely virtual. 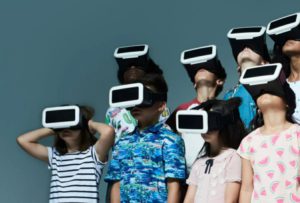 They think Generation Alpha will have no need to interact with other human beings in a work-from-home future that is full of technology and robotics.

But a timeless human need is for relational connection and social interaction.

During the working from home and learning from home measures that COVID-19 necessitated, we once again experienced that while digital connectivity is convenient, it’s no permanent substitute for the physical interaction that is core to the human experience.

Generation Alpha will have a greater need for interpersonal skills such as communication and leadership to thrive in a more machine-assisted future.