There are approximately 9,000,000 dwellings in Australia with a total value of around $6.2 trillion according to Corelogic.

The 2011 Census found that 67 per cent of households own their home or are purchasing it through a mortgage – most of the rest are renters.

The following chart from the A.B.S. helps you understand the breakdown of home ownership vs renting: 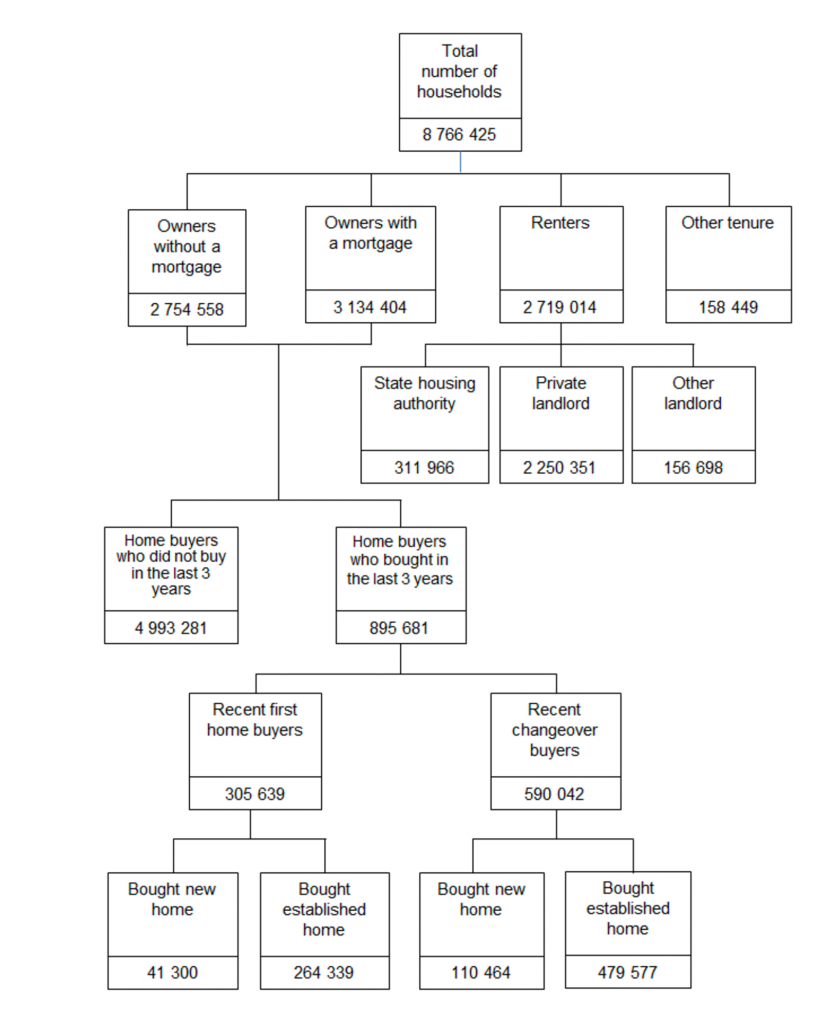 'Breakdown of Australian Home Ownership [infographic]' have no comments