In his weekly market update Craig James, Chief Economist for Commsec explains that the average Australian probably doesn’t know just how good the current economic circumstances are and that interest rates are going to remain stable for an extended period. 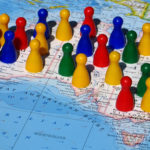 The cash rate is at a 54-year low of 2.50 per cent. And it hasn’t been there for just a month or so, it has been at historic lows for 16 months – almost the longest period of stable rates – but certainly the longest period that official rates have held at cyclical lows.

Economic growth remains good – the current 3.1 per cent annual rate is close to “normal”. Inflation is near the middle of the Reserve Bank’s target band. And rising share and home prices are boosting wealth levels to record highs.

CommSec expects interest rates to remain stable until the second half of 2015.

While we believe that underlying economic conditions are firmer than the Reserve Bank assumes, that needs to be translated into actual business spending and employment.

The problem at present is that Australian companies are super-conservative – a point the Reserve Bank Governor makes at every opportunity.

When Australian companies start investing and employing again, then the economy will be provided with fresh momentum and the Reserve Bank Board will have more to think about at each monthly meeting.

In fact the Reserve Bank Governor outlined seven reasons to be positive on economic prospects when he fronted the House of Representatives Economics Committee meeting in August.

In terms of the housing market and Australian dollar, the Reserve Bank made statements of fact rather than observations about whether recent changes have been either positive or negative.

We get the sense that the Reserve Bank is exceedingly comfortable with current rate settings and the performance of the economy and financial markets.

On the housing market, the Reserve Bank observed, “Credit growth is moderate overall, but with a further pick-up in recent months in lending to investors in housing assets. Dwelling prices have continued to rise.”

On the Aussie dollar, the Reserve Bank noted “The exchange rate has traded at lower levels recently, in large part reflecting the strengthening US dollar.

But the Australian dollar remains above most estimates of its fundamental value, particularly given the further declines in key commodity prices in recent months.

It is offering less assistance than would normally be expected in achieving balanced growth in the economy.”

What are the implications of Tuesday’s decision?

And why wouldn’t they? Inflation is under control; low wage growth is capping inflationary pressures; the supply of homes is lifting to meet strong demand; and global economic conditions are mixed.

Rates certainly don’t need to go up in the current environment; nor are there grounds for lower rates.