• Trend home prices continued to rise in all reported capital cities in the past week, except Melbourne where prices were broadly unchanged.

• The number of auction sales eased only slightly in the week with the trend number of cleared auctions continuing to reach record highs. In trend terms, Sydney is clearing almost 45% more auctions compared to the previous peak in 2010. 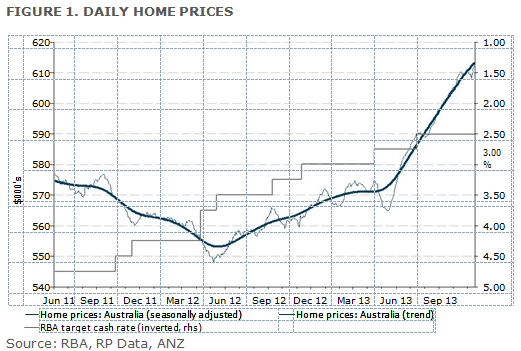 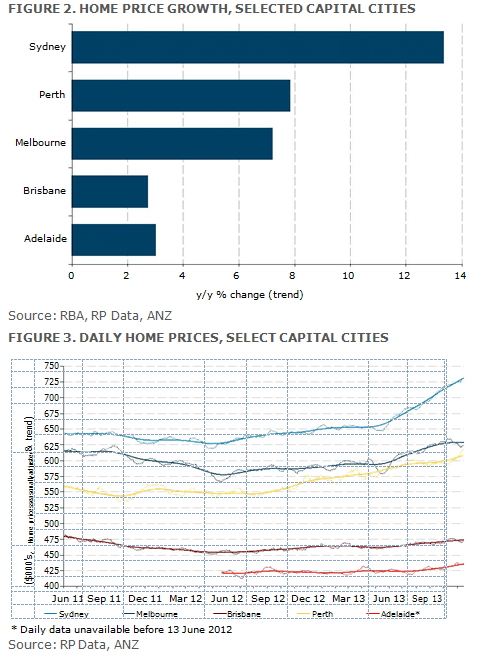 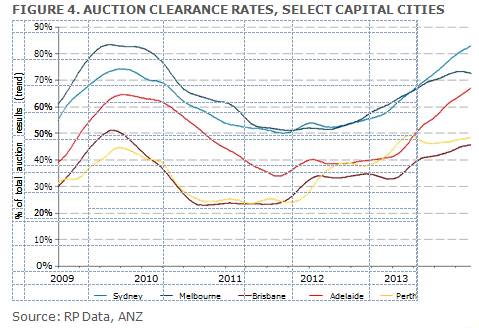