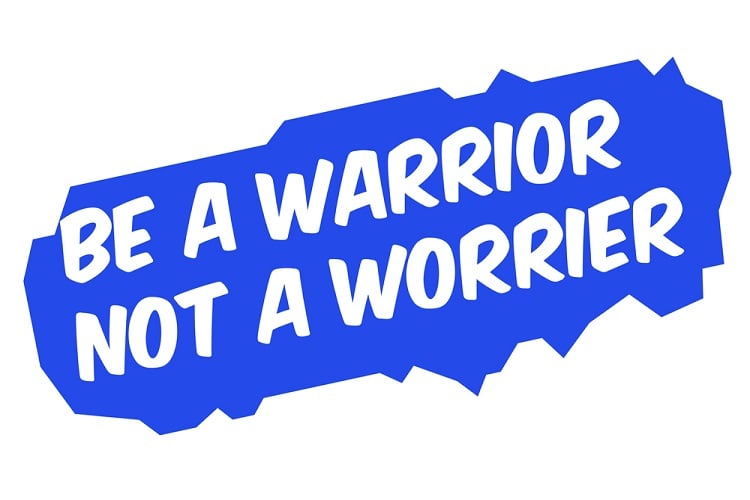 Are you a worrier or a warrior?

There is a saying that is a useful one to adopt if you're prone to worrying unnecessarily.

It is, "Why don't you save your worry until there is something to worry about?"

It's a useful mantra because sometimes in life there are times which rightly cause us to worry such as the illness of a loved one.

However, there are plenty of other times when people worry about what "might happen" when the likelihood of that actually occurring is next to nothing.

You see, one of the keys to financial and career success is to worry less and be proactive and positive more.

You literally don't sweat the small stuff because you're concentrating on the big stuff.

The truth of the matter is that you can spot a worrier from a "frowny" mile away.

That's because they share characteristics that make them easily identifiable.

In a group situation they may be the one who's looking the most stressed or fearful of what happens next.

At work, they're likely the team member who doesn't take constructive criticism well or who stands around the water cooler endlessly discussing "what ifs" instead of actually making the most of the opportunities available at their workplace.

Other bad habits of worriers include:

The opposite of a worrier is a warrior and they are also easy to pick out in a crowd. That's because they are usually the people who other people want to be around.

Warriors are often inspiring, which draws others to them like moths to a success flame.

They also are the least likely to look for permission, sympathy or approval and importantly are quite open to acknowledging their flaws without a hint of fear and self-loathing.

Where worriers never take chances, warriors aren't afraid to bite off more than they can chew because they believe in their own abilities – and are prepared to chew like crazy.

Other good habits of warriors include:

"..Our greatest Warriors are Time and Patience....."