We’ve heard a lot about the “Great Resignation,” the trend of people quitting their jobs to pursue better-paying and more meaningful opportunities.

A recent report by Commsec suggests that more people than expected have joined the ranks of the retired during the pandemic.

Here's what the Commsec report had to say... 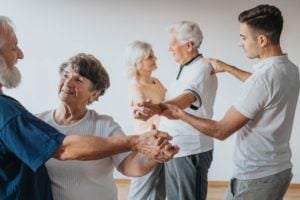 Before Covid-19 came along a major reason that Aussies weren’t employed or looking for jobs was that they had retired.

That is, they were out of the job market.

Prior to the Covid period, there had been a reassessment.

The proportion of those not in the workforce because they were retired fell from 38.7 per cent to a 3-year low of 35.3 per cent in July 2019. 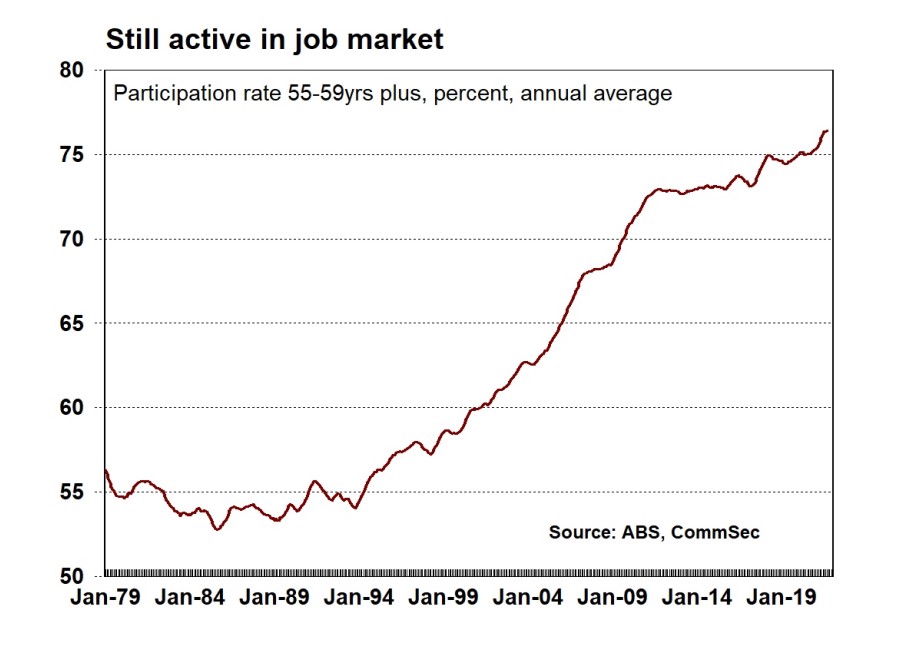 And in the period since – due to Covid – it is not possible to determine whether the trend has changed.

More people exited the job market over the lockdown period because they weren’t employed as such – they didn’t work for one hour or more in the past week.

But neither were they looking for work, because they were likely to return to their employer after the lockdown.

The lockdowns have effectively scrambled the data.

The proportion of those not in the workforce because they were retired hit a record 39.9 per cent of the total in June 2021 and this has since fallen to a low of 36.4 per cent in September 2021 (data released today).

Working out why people are not in the job market will be important in coming months.

If more people are electing to retire then there are fewer potential workers to fill positions. 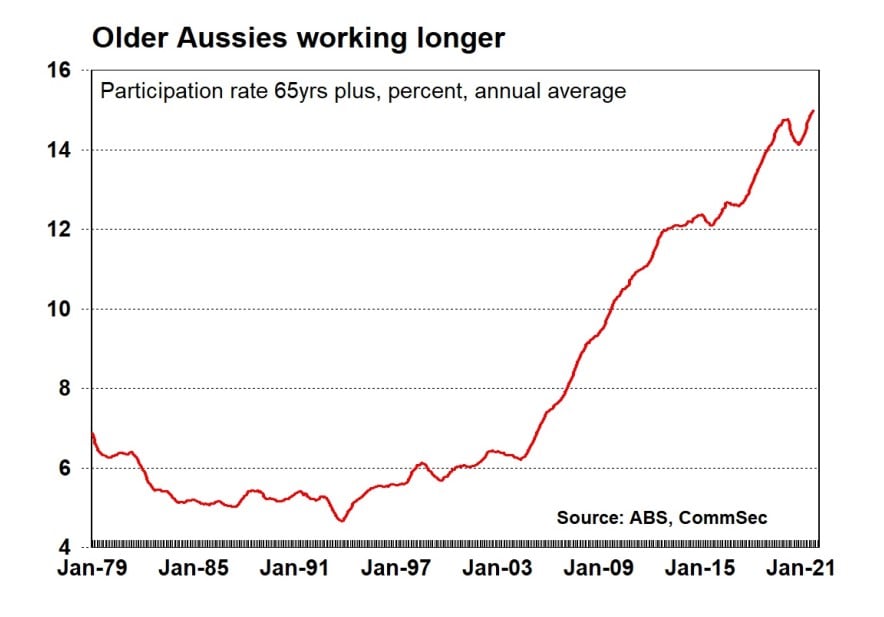 That may mean the job market tightens more than generally expected, putting upward pressure on wages and prices.

And that is especially the case if foreign borders stay closed.

In other words, The Great Retirement could lead to a tighter job market.

Older Aussies may see greater health risks in being in the job market in the Covid era. 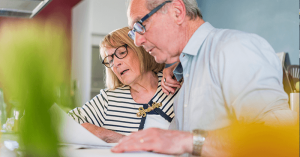 And still, others may elect to live large given the experience of the past 18 months.

At this stage data still shows that older Aussies are active in the job market with record participation levels.

However, peak levels may not be far away.

In other countries, notably the US, there are similar concerns about the future state of job markets with more and more businesses saying they can’t find the workers to fill positions. 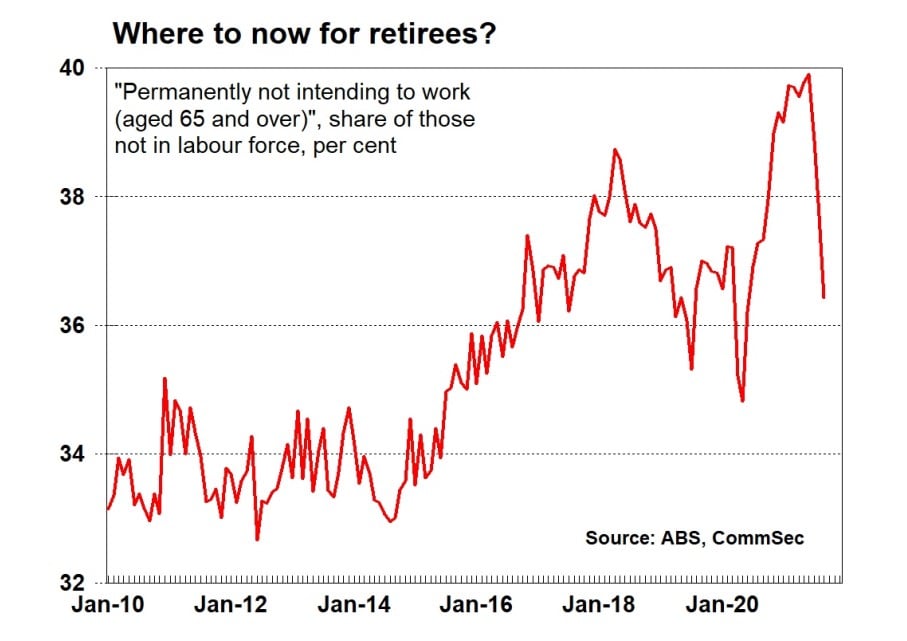 The great reopening has led to supply-chain breakdowns and higher prices for goods.

The great reopening may lead to similar worker-job breakdowns, with labour shortages driving up wages.