5 factors that will supercharge your auction result

Australia’s property prices increased at a record pace in 2021 with Domain’s most recent quarterly house price report showing that the national median house price surged 25.7% and units by 7.7% year-on-year. 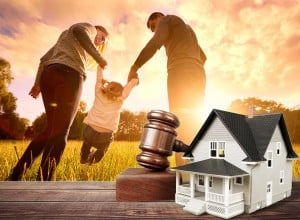 The volume of recorded sales was also sky-high as sellers continued to take advantage of strong demand and buyers took advantage of low-interest rates.

It’s clear then that with the proportion of sales by auction having doubled in the last decade, and midweek auctions growing in popularity, it is more important than ever for sellers to understand how to get the best auction result for their property sale.

And data from the third part of Domain’s auction series does just that.

We already know that higher-priced homes sell at auction compared to a private treaty - something which still runs true today.

And we know that the busy auction market has translated into the rise of the midweek auction and firmly places the auction day in the spotlight.

Meanwhile, the traditional weekend auction has consistently provided a higher median house price, while it’s the reverse for units.

Interestingly, the price difference between midweek and weekend auctions has significantly decreased - the narrowing price differential is another data point that suggests midweek auctions are perhaps becoming more mainstream.

Here, Domain’s latest report reveals the 5 most important factors which will affect the likelihood of a successful auction sale, aside from the right real estate professional and auctioneer.

While midweek auctions are growing in popularity, Saturday auctions still perform the best by a long shot.

This is then followed by Sunday, Thursday and then Wednesday.

By state, ACT and South Australia are just out in front with Queensland properties slightly less likely to sell at auction.

But by area, there has been a rise of auctions cascaded into middle and outer suburbs, not just limited to premium higher-priced suburbs.

According to the report, Australia’s top-10 performing areas for auctions are:

As investors typically buy in a market upswing, properties are more likely to sell at auction as the value of home loans to investors increases.

The precise month buyers opt to sell can prove favourable with more auctions activity in Spring and Autumn.

In fact, February is the best time to sell and January is the worst, while all other months are relatively equal.

The data shows that houses with 2 bedrooms and 1 bathroom are most likely to sell at auction in the current market.

Why are auction sales rising?

According to Domain, there are 7 reasons why auction sales continue to grow in popularity.

The higher the price, the more chance of an auction

The transaction method, the day an auction is held and the rate of selling success are not the only things to consider when selling or buying a property.

Higher-priced homes generally tend to sell at auction compared to a private treaty.

Over 2021, Sydney had a price differential of 63% for houses and 41% for units when comparing the median sold price at auction to a private treaty.

This holds up across every capital city, with all having a higher median price at auction compared to a private treaty.

Even in Australia's less auction-centric markets, higher median prices are consistently achieved at auction compared to those sold by private treaty.

ALSO READ: Midweek auctions are on the rise: Here’s why